1. Stephanie Banister, a candidate for Australia’s anti-immigrant “One Nation” party, dropped out of the race after a TV interview revealed that, despite Banister’s fearing and hating Muslims, she didn’t seem to know anything about them (and the little she did “know” wasn’t so).

The interview is astonishing — and not just because she refers to Islam as “a country,” or because she says that Jews “have their own religion, which follows Jesus Christ.” It’s also astonishing, for American viewers, because Banister’s glib falsehoods are not allowed to go unchallenged by the TV news. The report corrects Banister’s wildly inaccurate statements immediately after she makes them. American “journalists” don’t usually do that. This is why zombie lies shamble on in America. And it’s why instead of having to withdraw from campaigns, people here who share Banister’s “unique understanding of the big issues” often wind up in Congress. 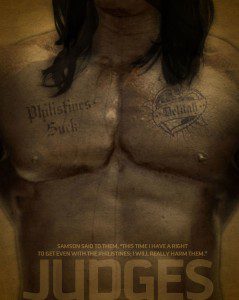 2. Thou shalt not question Stephen Fry.

3. Republican National Committee Chair Reince Priebus: “I don’t know if I’ve used the word ‘tolerance,’ I don’t really care for that word myself. I don’t have a problem with it, I just think it has another meaning politically that can go the other direction.”

What Priebus means by “I just think it has another meaning politically that can go the other direction” is, roughly: “We’ve done such a good job lying about the meaning of that word that you idiots who vote for us don’t like it. You actually think, “You can’t tolerate my intolerance” is a meaningful statement rather than a soggy handful of semantic goo. I’m pleased that you morons continue to support us no matter how often we screw you over, but it is inconvenient, sometimes, that you’re so divorced from reality that I’m not able to use words that mean things when I talk to you.”

I suppose an alternative approach for those folks would be to try not lying in their ads. But I suppose they figure it’s all they have.

6. If you suspect there’s a scam going on, but you can’t figure out who the mark is, then most likely you’re the mark: “Erick Erickson’s Endorsement of ‘Instant Millionaires’ Plan Is Lifted From Old Ann Coulter Emails.”

Steve Benen sums it up:

What we have here is an apparent scheme in which Erickson sends a paid letter to his supporters about someone else’s investment newsletter. That the letter was plagiarized adds insult to injury, but that’s hardly the most offensive part — people who choose to rely on Erickson were sent an ad masquerading as an endorsement, along with a link that sends readers to a page promising a “secret retirement plan” that “can make you America’s Next Millionaire!”

The ethos of this “Instant Millionaire” scam completely contradicts the hard-working, self-reliant values to which the conservative movement pays lip service — showcasing instead it’s highest actual value: money. “Instant Millionaire” cons work because they appeal to shameful motives — greed and the promise of great gain without effort due to some dubious, rule-bending loophole. People who get ripped off by such schemes are victims, but they’re less likely to report the rip-off because they are — appropriately — ashamed to have displayed such greed and amorality.

The scam promoted by Erick Erickson and Ann Coulter thus has quite a bit in common with the surprisingly effective “Let’s Have Sex on a Big Pile of Cash” scam.

7. RIP Jean Bethke Elshtain. I had the privilege of driving Dr. Elshtain to and from the airport a couple of times. She was gracious, charming and indisputably brilliant. Before reading Elshtain, I had harbored a sneaking suspicion that just-war theory was often just an after-the-fact rationalization employed by those seeking a semi-plausible moral fig leaf to justify their pre-existing decision to employ lethal violence for reasons of self interest. Reading Elshtain back in the 1990s helped convince me that this need not be the case. I’m still influenced by a profound panel discussion I heard in which Elshtain and Miroslav Volf contemplated the competing and corresponding demands of forgiveness and justice

Alas, reading Elshtain on just war post-9/11 reaffirmed my earlier suspicion about just-war theory. But before support for the Bush agenda detached her from her moorings — leading to her unconvincing attempts to recruit Augustine and Niebuhr as agents for Rumsfeld and Wolfowitz — Elshtain was an insightful, fearsomely learned thinker. This was not a small mistake for a political ethicist. It was an epic, defining mistake and it was sad to see unfold. So I am saddened by Dr. Elshtain’s passing, but I’ve also felt that way since about 2002.