1. If I were the Second Coming of Christ, I wouldn’t use my powers to try to revive Newsweek magazine. Spy, maybe. The Other Side, definitely. But not Newsweek.

2. I appreciate the appeal of Nehemiah as a text for communities that find hope in its message of renewal and rebuilding amid the ruins. But I think we need to be a bit more discerning about some of the messages in Nehemiah:

I contended with them and cursed them and beat some of them and pulled out their hair; and I made them take an oath in the name of God, saying, “You shall not give your daughters to their sons, or take their daughters for your sons or for yourselves.” … Thus I cleansed them from everything foreign.

That’s evil. Ethnic cleansing = not cool. “Imitate God’s love for Ninevites, but hey, you wouldn’t want your daughter to marry one, would you?” is not morally defensible, sorry, Nehemiah. There was a vote. Paul and Isaiah and John of Patmos and the author of Jonah and everybody at Pentecost said you lose. (Jesus would’ve been the tie-breaker, but it wasn’t needed because the vote was already way too lopsided.) 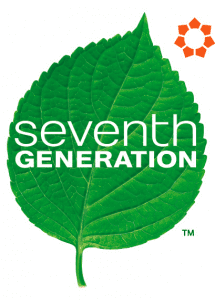 All of which is to say that it bugs me that the folks at Cory Booker’s church may be taking the wrong lessons from Nehemiah.

3. Speaking of which: I get that the evangelical leaders pushing for immigration reform don’t speak for all rank-and-file white evangelicals. How could they? That coalition includes too many black and Latino church leaders to be seen as representative of the very white views of the very white evangelical subculture. But if a majority of Pentecostals don’t support a welcoming, hospitable version of immigration reform, shouldn’t they have to change their name? I mean, you can’t very well go around taking your name from Pentecost, and then turn around and refuse to welcome foreigners and aliens. That’s just not possible.

Well, I suppose flagrant hypocrisy is always possible. So let’s just say that it’s not credible. For all that the so-called “New Apostolic Reformation” loves to invoke Pentecost, they seem utterly unaware of what the old apostles said and did there.

4. When policy wonks review TV shows: “Orange Is the New Black is the best TV show about prison ever made.” There are, of course, lots of charts with lots of data.

6. “Rappers rapping about being great rappers, while also specifically calling into question the rapping of other rappers, is a time-tested hip-hop tradition,” Sean O’Neal writes about the latest from Kendrick Lamar. That’s true. What’s less often noticed is that this is a trait hip-hop shares with country music.

Tune in to your local country station and about every third song is a country song about the fact that it’s a country song and how indignant the singer is that anyone might question the country-ness of this country song. These songs are essentially tribal. They invoke a litany of tribal signifiers with the same dual purpose that all such invocations involve: A) to establish the singer’s legitimacy as a member of the tribe; and B) to redefine and reinforce the boundaries of the tribe, ensuring that these include only the proper sort of people. The same two functions, in other words, as performed by every sermon ever preached on innerancy, creationism, “homosexuality” or “the sanctity of human life.”

7. Here is the disappointing result I received from AntennaWeb.org: “Due to factors such as terrain and distance to broadcasting towers, signal strength calculations have predicted no television stations may be reliably received at this location.” So much for getting a nice, cheap HD antenna and cutting the cord.

August 15, 2013 Rep. Paul Wieland of Missouri is lying
Recent Comments
141 Comments | Leave a Comment
Browse Our Archives
get the latest from
slacktivist
Sign up for our newsletter
POPULAR AT PATHEOS Progressive Christian
1

Racism Is The Emergency: News From Louisville
Racism is the real emergency. What if we truly addressed systemic racial...
view all Progressive Christian blogs
What Are Your Thoughts?leave a comment
Copyright 2008-2020, Patheos. All rights reserved.