‘Rewritten by machine and new technology’

“She did it out of simple love.”

“As a young evangelical, I attended Portland Christian High School, where I was given more apologetics than critical thought, and even less empathy. Only years later did I discover the irony of finding how unJesus-like the place was, considering it was named after the guy.”

“Jean was mortified. At least until she opened the shop a week later and the line of Baptists waiting to get in was down the sidewalk and around the corner.”

“Our rights are being taken away from us, and we should not stand idle.” 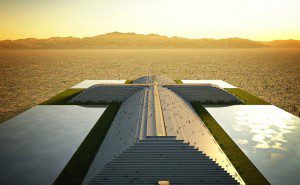 “The notion that because the Voting Rights Act had been so tremendously effective we had to stop it didn’t make any sense to me. … And one really could have predicted what was going to happen.”

“Yep, the distressed jeans industry dumps a tremendous amount of chemicals into local water supplies, poisoning humans and other animals.”

“Welby did not take the chance to point out that the inability even for good or well-meaning people to behave in an entirely moral way is one of the things that Christians mean by ‘sin.’ And it is far more visible when you think about money than about sex.”

“That joke about rising sea levels at the Republican National Convention last year looks even less funny as time goes on.”

“May be difficult to continue to portray an energy approach as ‘job killing’ when the jobs are right down the road.”

“The truth is, kids can’t use general purpose computers, and neither can most of the adults I know.”

“Y and mtDNA are not Adam and Eve.”

“If, as Woolley suggests, that coprolites in these rocks represent the voided contents of fish caught in a global flood then here again we have far more poop than one would expect to find coming from a fish in such a short period of time.”

“The baculum is long in some species and stubby in others; it can be straight or hooked, barbed or shaped like Neptune’s trident. In a few species, like our own, it’s just missing altogether.”

“With his incomprehensible wealth, an accent that makes him sound like one of the bad guys from Lethal Weapon 2, and his own South Pacific island rocket base, Elon Musk is a Persian cat and a Nehru Collar away from super-villainy.”

“This is American Christianity we’re talking about. This is not surprising at all.”

“Christians and Alcohol: A Timeline”

August 15, 2013
Rep. Paul Wieland of Missouri is lying
Next Post