1. The news from Colorado is horrifying and the numbers are grim: As many as six dead in the flooding, nearly 500 still unaccounted for, 1,000 still waiting to be rescued, 1,502 residential structures destroyed, more than 17,000 homes damaged. Here’s an update page from the Colorado Red Cross, which includes info on how to help. 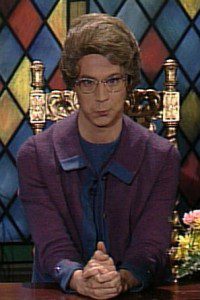 2. At Millard Fillmore’s Bathtub — a blog named after a hoax — Ed Darrell takes on a piece of crazy-uncle Facebook spam about the Pledge of Allegiance. It’s a good overview — along with pictures of American schoolchildren doing the “Bellamy salute,” which was abandoned in 1942 because it ceased to be thought of as the “Bellamy salute” for the same reason that no one ever wears a “Charlie Chaplin mustache” anymore. I was happy to learn that five states — Iowa, Hawaii, Oklahoma, Vermont and Wyoming — have never creepily required their children to swear a loyalty oath before classes start each day.

3. “And there is, conversely, something liberating in standing up, speaking out, saying the truth. To do so is to offer others courage, to give others voice.” The NALT Christians Project now has more than 80 testimonies posted. But the Internet is big enough to hold more if you’d like to add your voice to the chorus.

4. John Nienstedt, the Roman Catholic archbishop of Minneapolis-St. Paul, goes full church lady. It was either invoke Satan or attempt to make an argument, and given the lack of arguments for his position, this was probably the slightly less embarrasingly silly option for him.

5. “There’s no politician quite like her. She’s never without her nun’s headdress, and says that everything she does is born of deep Christian faith and devotion. Yet, she has been strongly critical of the church and the men who run it.”

6. Is this a blessing or a curse? Either way, it’s devastating:

I expect ol’ Mindy will either stay this stupid, which is its own penalty, or she’ll get smarter and more aware, and will consequently spend the rest of her life being hideously embarrassed by this book. I’m hoping for the latter.

That’s Teresa Nielsen Hayden on model-turned-culture-thief Mindy Budgor, author of Warrior Princess (don’t ask). But it applies just as well to the “Teen Exorcists” or to the poor kids being taught to produce anti-gay religious videos or to any number of “young, restless and Reformed” bloggers. It’s sad when the best we can hope for someone is that they will eventually come to be “hideously embarrassed” by the things they’re saying now, but that really is their best hope at this point — and the greatest blessing we can wish for them.

7. If you want to see what the “office” looks like at my part time job, check out this video. Best use of the lumber aisle I’ve ever seen. (That’s the Salt Lake City store, but they all look alike. And, yes, that happened in Salt Lake City — welcome to the future.) The problem with elaborate marriage proposals like this one, though, is that it sets the bar really high for the wedding reception — they’re going to have to hire Neil Patrick Harris to top that.