2. Margaret Mary Vojtko was a teacher, a French professor at Duquesne University for 25 years. She died recently at the age of 83, in poverty. Daniel Kovalik and Abby Zimet both note, correctly, that Vojtko’s sad story highlights the need for unions to fight for better working conditions for adjunct professors, who tend to be overworked and underpaid despite their essential contribution to the money machine of higher education. 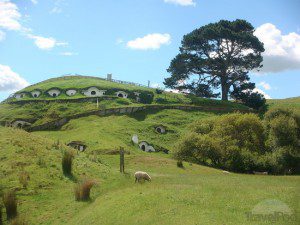 William Lindsey also notes that Duquesne is a Catholic institution. The next time you hear someone argue that government shouldn’t be providing a safety net because churches and charities are exclusively responsible to do so, remember Margaret Mary Vojtko.

3. Coulrophobes (you’re not wrong) should avoid this next link: Pennywise the Clown has been terrifying residents “with random appearances in the British town of Northampton.”

4. “Why Aren’t There B Batteries?” The answer depends on your ideological perspective. It could be that this is the result of industry and government working together to create standards for safety, efficiency and uniformity that improve life for consumers while providing a framework that allows innovation, technological progress and economic growth, just like industry and government are now doing with light bulbs. Or it could be that this is the result of a tyrannical government intrusion in the marketplace, trying to dictate what kind of batteries we can buy in preparation for the coming Islamo-socialist-atheist dictatorship, just like Obama started doing with light bulbs years before he was even elected president.

5. Here’s a fun conversation/argument-starter from Two Friars and a Fool: “3 texts we would ADD to the canon.” Nick suggests the Didache — an early Christian text it’s surprising isn’t already part of the New Testament. Doug bids for The Lord of the Rings, which I’d make fun of him for if today were not Bilbo’s birthday (I don’t want to think about what Ken Ham would make of Tom Bombadil). And Aric settles on George MacDonald’s sermon “Justice,” which I’m now going to have to read, since two of his other candidates — The Journal of John Woolman and Martin Luther King Jr.’s “Letter From a Birmingham Jail” — are already a part of the canon as far as I’m concerned.

6. Here’s a new video for the NALT Christians Project, the testimony of Linda and Rob Robertson of Seattle:

There’s no deadline for submitting your own video testimony, if you’re a Christian who does not believe being gay is a sin and you’re willing to stand up and say so.

September 23, 2013 2 years ago: 'The last thing I'd do is condemn you'
Recent Comments
108 Comments | Leave a Comment
"I always thought "summer of sixty-nine" would sound good as a stripped down and slowed ..."
Cobalt Blue Feeling unknown and you’re all alone
"Canadian pro-coronavirus politician Maxime Bernier responds to journalists asking basic question by doxxing them to ..."
Skybison A night with Lot in Sodom, ..."
"Oh dear oh dear oh dear.I suddenly remembered a book, High Weirdness By Mail by ..."
Jenny Islander A night with Lot in Sodom, ..."
"Whichever. It just strikes me as the height of stupidity/insanity that any other state would ..."
reynard61 A night with Lot in Sodom: ..."
Browse Our Archives
get the latest updates from
slacktivist
and the Patheos
Progressive Christian
Channel
POPULAR AT PATHEOS Progressive Christian
1