Another proof of bad faith: The inconsistency of ‘blacktracking’

Before President George W. Bush announced his support for legislation creating a federal Do Not Call list, liberal politicians and liberal bloggers were uniformly in favor of the idea. It was, they said, a matter of principle. Government regulation for consumer protection was consistent with their values, their ethics, their ideology and their philosophy of government. 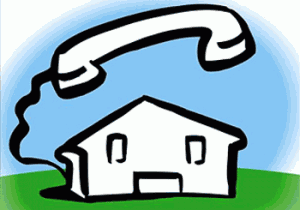 So what happened when this man, their foe, suddenly made this proposal part of his agenda? Well, after Bush announced his support for the Do Not Call list, all those liberal politicians and liberal bloggers who had previously supported the idea … still supported the idea. They still insisted it was in accord with their principles and their values and they stuck with those principles and values. They applauded Bush for his support, welcomed his support, and worked with him to make the registry a reality.

That’s what one does when one actually has principles, or values, or convictions, or a coherent ideology, or a philosophy of government.

One could criticize those liberals for the substance of those principles, values and convictions, but one could not accuse them of not sticking to them — or of being willing or able to abandon them if it meant a chance to score points against their political nemesis.

The same dynamic can be seen in the liberal response to President George W. Bush’s support for increased humanitarian aid for Africa. When Bush declared himself to be on the side of increasing such aid, not a single liberal politician reversed their previous commitment to that same idea. Liberals didn’t respond to Bush’s endorsement of this idea by suddenly declaring that they were now opposed to humanitarian aid for Africa.

Or look at Bush’s expansion of Medicare coverage for prescription medicine. Before W. endorsed the idea, liberals were in favor of it. And after W. endorsed the idea, liberals were still in favor of it. Liberals were not, however, in favor of the way Bush decided to go about expanding this coverage — surrendering the government’s leverage to keep prices down, forbidding its use of such bulk-purchasing clout in a way that liberals viewed as a giveaway to the pharmaceutical industry. Liberals hated that part of Bush’s Medicare expansion and they fought to change it in Congress. But after they lost that fight and Bush signed the bill into law, liberal politicians didn’t set about trying to repeal it, or to sabotage it, or to defund it. They set about trying to make it work as best as possible on behalf of the constituents who needed that prescription coverage (including a years-long struggle to close the law’s “donut hole” coverage gap — something finally accomplished as part of the Afffordable Care Act).

For the past six years, President Barack Obama has repeatedly embraced Republican ideas — from the ACA itself, a Heritage Foundation plan first implemented by Mitt Romney, to his recent consultation with Congress over military action against Syria. Some consider this habit of Obama’s to be an act of shrewd political genius — “11 dimensional chess,” some call it. Others view it as evidence that he’s a lousy bargainer who concedes half the game with his opening offer. Still others say it shows he’s neither maneuvering nor bargaining, just a moderate who embraces some Republican ideas because he likes them.

But the response from some nominal conservatives has not been anything like the consistency liberals showed on the rare occasions President Bush supported Democratic ideas. Their response is to switch positions — to abandon their prior argument and allegiance and to being opposing ideas they had very recently advocated just because Obama had announced his support of them.

“It should be in the dictionary: ‘Black-track,’” Maher explained, defining it as, “The act of changing one’s mind because President Obama has agreed with you. See also: ‘Pulling a one-hatey,’ or the ‘Kenyan boomerang.’”

Whatever you call it, it’s evidence — proof — of bad faith.

September 30, 2013 The parable of the shrewd Goodwill cashier
Recent Comments
81 Comments | Leave a Comment
"I thought about saying "those who refuse to learn from history are doomed to repeat ..."
Nomad 8/17 Flashback: Majority report
"The Canadians were at least grounded in reality on this subject."
reynard61 8/16 Flashback: 220-229
"No system works when the people within it act in bad faith.You may have noticed ..."
ohiolibrarian 8/14 Flashback: Democracy > elections
"--It's Adam and Eve, not Adam Ant Eve!(But it is. Adam Ant soars through the ..."
damanoid 8/18 Flashback: Legislating Genesis
Browse Our Archives
Related posts from slacktivist