As per the U.S. Constitution, Congress passes budgets that set the levels of spending and revenue for the federal government. The executive branch (ultimately, the president) is legally bound to follow those mandates from Congress. So what happens when Congress mandates more spending than can be paid for with the revenue it instructs the government to collect? Well, the government borrows money in order to comply with the legally, constitutionally mandated spending determined by Congress.

But here in America we add another factor — a contradictory, nonsensical, arbitrary factor that periodically threatens to destroy our whole economy. We also have a congressionally mandated “debt limit” or “debt ceiling.”

That creates the Kobayashi Maru flusterclump idiocy we’re in now:

1. The government is legally, constitutionally mandated to spend what Congress ordered it to spend.

And, thanks to the bonkers idea of a legal “debt ceiling”:

3. The government is legally, constitutionally forbidden to borrow any more money.

If you’re not a Star Trek fan, let me explain that the Kobayashi Maru is a fictional training exercise for Starfleet Academy officers. It’s a no-win situation — a scenario in which there is no right action, no way to succeed. Whatever you do in the Kobayashi Maru will be wrong.

That’s what the debt ceiling creates for America. It means, no matter what, some law must be broken. If Congress does not increase — or, better yet, abolish — the debt ceiling, then either the government will break the law by borrowing money it is forbidden to borrow or else the government will break the law by not spending money it is constitutionally mandated to spend. Either way, Congress is demanding that the executive branch break the law.

My take on this is that the debt-ceiling law is itself therefore unconstitutional. It interferes with the constitutional responsibilities laid out for Congress and for the executive branch. Those responsibilities trump the lesser claim of reckless “debt limit” legislation that’s less than a century old. Thus if the executive branch — i.e., President Obama — is faced with the Kobayashi Maru of having to choose which law to break, it should break that law and force it to be defended in court.

That’s what Henry (“Not That One”) Aaron argues today in The New York Times, “Obama Should Ignore the Debt Ceiling“:

Failure to raise the debt will force the president to break a law — the only question is which one.

The Constitution requires the president to spend what Congress has instructed him to spend, to raise only those taxes Congress has authorized him to impose and to borrow no more than Congress authorizes. 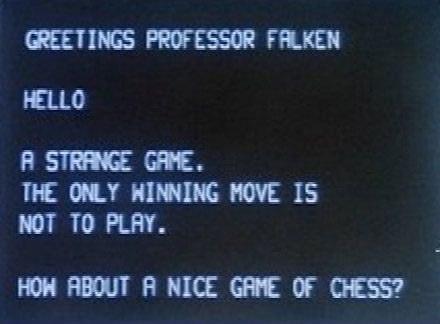 … If the debt ceiling is not increased, the president should disregard it, and honor spending and tax legislation.

A decision to cut spending enough to avoid borrowing would instantaneously slash outlays by approximately $600 billion a year. Cutting payments to veterans, Social Security benefits and interest on the national debt by half would just about do the job. But such cuts would not only illegally betray promises to veterans, the elderly and disabled and bondholders; they would destroy the credit standing of the United States and boost borrowing costs on the nation’s $12 trillion publicly held debt.

There is no clear legal basis for deciding what programs to cut. Defense contractors, or Medicare payments to doctors? Education grants, or the F.B.I.? Endless litigation would follow. No matter how the cuts might be distributed, they would, if sustained for more than a very brief period, kill the economic recovery and cause unemployment to return quickly to double digits.

Nor is it reasonable to expect the president to collect more in taxes than is authorized by law. For him to do so would infringe on Congress’s most fundamental powers and the principles on which the nation was founded.

There is, however, one other possibility. Obama could do what James T. Kirk did when facing the Kobayashi Maru: rewrite the rules.

The following suggestion may sound outlandish or impossible, but it’s not. It’s the only legal recourse — the only way for the government not to break its own laws if the debt ceiling is not abolished: Have the Treasury mint one thousand $1 billion platinum coins.

It’s legal. Every other approach, including Aaron’s, is not.

Is it kind of goofy? Sure, but it’s far less goofy than the Kobayashi Maru of any of the various illegal options — all of which would entail enormous suffering on a massive scale.

I’m a big proponent of avoiding enormous suffering on a massive scale. Particularly when such suffering is unnecessary.

So mint the coins.

September 30, 2013
The parable of the shrewd Goodwill cashier
Next Post