NRA: Anywhere I lay my head

Nicolae: The Rise of Antichrist; pg. 203

(I’m skipping ahead briefly here to deal with the first two sentences of the next chapter. Those sentences so perfectly encapsulate one aspect of these books that I have to talk about them first, just to clear my head of them before we deal with the rest of the story surrounding them here.)

Buck Williams went to Israel to find his friend, the former rabbi Tsion Ben-Judah, who recently converted to fundamentalist Christianity. Tsion is now in hiding because, in the minds of the authors, any Jew who converts to Christianity will be hunted down and killed by angry Israelis. 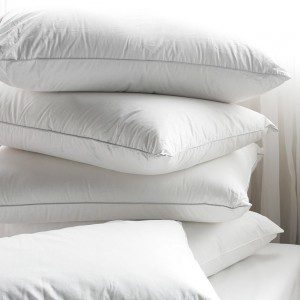 For help finding Tsion, Buck turned to this novel’s version of the “Two Witnesses” from the book of Revelation: Moses and Elijah. The two ancient patriarchs apparently helped Tsion go into hiding. “Moishe” and “Eli” want to help Buck find Tsion. Unfortunately, however, they are unable to give him clear directions, as the authors only allow them to speak in quotations from the Bible (apart from yelling at anyone who dares to interrupt them or instructing Buck to answer his phone).

This still shouldn’t have been that difficult. As it turns out, Tsion is hiding along a tributary a few miles east of the Jordan River. Elijah, being Elijah, could have just sent Buck there directly by reciting part of his own story from the Bible: “Go from here and turn eastwards, and hide yourself by the Wadi Cherith, which is east of the Jordan.”

But no, that would be too easy. So instead the Two Witnesses just take turns quoting verses that mention Galilee, hoping that Buck will get the impression that he should head in that direction and thus fall into the hands of Michael — the guerrilla fighter they’ve sent to guard Tsion’s hiding place and to kill anyone other than Buck who comes looking for him.

The Bible-code conversation Buck has with the Two Witnesses goes on and on and on, but here’s the relevant bit from back on page 164:

“If I came back here later tonight, might I learn more?”

Moishe backed away from the fence and sat on the pavement, leaning against a wall. Eli gestured and spoke aloud, “Birds of the air have nests,” he said, “but the Son of Man has nowhere to lay his head.”

Buck was frustrated. “I’ll come back at midnight. I’m pleading for your help.”

Eli was now backing away too. “Lo, I am with you always, even to the end of the age.”

That “birds of the air” bit comes from the Gospel of Luke (and Matthew):

As they were going along the road, someone said to him, “I will follow you wherever you go.”

And Jesus said to him, “Foxes have holes, and birds of the air have nests; but the Son of Man has nowhere to lay his head.”

It’s hard to know what to make of Eli’s appropriation of that passage in his conversation with Buck. For the Gospel writers, “the Son of Man” was a reference to Jesus, but Eli seems to be referring to Tsion. But let’s not pick on him too much for that, since the whole “Son of Man” motif in scripture came along way after Elijah’s time and we should cut him and Moses some slack when dealing with post-exilic passages they’re bound to find confusing.

I assumed back there on page 164 that this cut-and-paste citation of “nowhere to lay his head” was just a reference to the fact that Tsion no longer had a home but was, as Jesus said of those who would follow him, now without a “hole” or a “nest” to call his own.

The mistake there is obvious, but even after all this time immersed in these books, it’s one I keep making. I see these biblical quotations and allusions in Nicolae, and I recall the passages being invoked and what those passages mean. That’s just habit and reflex, but it’s a habit that doesn’t serve one well when reading this series.

Here are the first two sentences of Chapter 11, reporting Buck’s very first impression as he and Michael arrive inside the “underground shelter” serving as Tsion Ben-Judah’s wilderness hideout:

Buck was struck that there were no real bed and no pillows in the hideout. So this is what the witnesses meant when they quoted that verse about having nowhere to lay his head, Buck thought.

This is what Tim LaHaye and Jerry Jenkins regard as a “literal interpretation of the Bible.” It distills their method down to its essence: Disregard context. Disregard the meaning of any figurative language or the meaning of any striking imagery. Focus instead on the words — the actual English words as written there in English. Now imagine some way of applying those English words to some near-future setting so that their “true” meaning applies only as a “prophecy” foretelling future events.

For Tim LaHaye “nowhere to lay his head” would not be true of Tsion just because he’s in hiding, forced to flee his home and to huddle in an underground cave. It can only be true if Tsion is literally deprived of a literal pillow.

Here again are those verse from Luke’s Gospel:

As they were going along the road, someone said to him, “I will follow you wherever you go.”

And Jesus said to him, “Foxes have holes, and birds of the air have nests; but the Son of Man has nowhere to lay his head.”

And here, again, is what Tim LaHaye believes those verses must mean: “no real bed and no pillows.”

Jesus’ admonition about the cost of discipleship becomes a literal, historic statement about his lack of pillows. And also a prophecy foretelling the lack of pillows for his followers — which doesn’t mean his first-century disciples or the centuries of Christians who came after them, but must mean the only followers of Jesus who matter, the 144,000 “Tribulation Saints” cryptically mentioned in the book of Revelation.

A quick follow-up on last week’s post, in which we discussed the odd geography of Tsion’s hideout. The shelter, we are told, is inside Israel, even though it is: “… on the east side of the [Jordan] River … about five kilometers inland.”

In our world, three miles to the west of the Jordan River would put you inside the West Bank. But in the world of Left Behind, the West Bank does not exist.

Last week we mainly discussed this in terms of these books’ hilariously strange geography. But what about the people? That’s not so funny. That’s actually kind of frightening.

In the world of Left Behind, Jordanians and Palestinians do not exist. They’re just … gone.

Where did they go? We’re not told. It doesn’t matter. But they’re not there anymore.

Bryce Renninger discusses Spike Jonze’s new movie Her — another story set in the near future. Jonze’s movie takes place in Los Angeles, but this not-so-distant future LA is very different from the city we know in one important aspect: “There don’t seem to be any Latino people in the whole damn film. … Los Angeles’s nearly 50-percent Latino/Hispanic population has disappeared.”

Renninger says this makes Jonze’s movie a kind of “dystopia of gentrification.”

And the future it prophesies does not include any Jordanians or Palestinians.

And until they cease to exist, Jesus cannot come back. And Tim LaHaye wants Jesus to come back.

October 26, 2013 8 years ago: The problem with Marshall's
Recent Comments
5 Comments | Leave a Comment
Browse Our Archives
Related posts from slacktivist