1. I don’t really know what to make of this Popular Science article admiring a surreal “scientific paper” on “Random Structures from Lego Bricks and Analog Monte Carlo Procedures” — which is to say, throw a bunch of Lego blocks in a washing machine and see what happens. But I did grow up among the fundies, and I should note that this exact metaphor of Legos in a washing machine was a favorite of young-Earth creationists misrepresenting entropy as a disproof of evolution. If you’d like a glimpse through that particular looking glass, here’s a Google search for “evolution” + “second law of thermodynamics” + “washing machine.” It seems that hypothetically failing to assemble complex things by throwing the parts in a washing machine remains a popular “disproof” of evolution. (You can find even more such examples if you type in various misspellings of “thermodynamics.”) 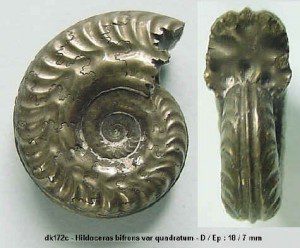 2. In some versions of the Episcopal/Anglican calendar, today is the feast day of Saint Hilda of Whitby (614-680). She apparently founded a monastery, but that’s not the cool part. The cool part is that due to a legend involving her supposedly turning snakes into stones, she became associated with the ammonite fossils found in the area. Centuries later, once we started figuring out what we were really seeing in such fossils, she became the namesake for a family (Hildoceratidae) and a genus (Hildoceras) of creatures that died out 65 million years before she was born.

3. “Jewish readings of Scripture see diversity as a property of a sacred, inspired text. Conservative Protestants see it as a characteristic that is incompatible with divine inspiration and thus needing to be ‘solved.'”

4. Weren’t we just discussing the evils of home-owners associations? The Consumerist’s Laura Northrup shares another HOA horror story — this one involves an HOA that stole a 75-year-old woman’s house and sold it because she failed to pay $288 in dues. See also this Consumerist classic, “9 Examples Why You May Want to Avoid Homeowners Associations Like the Plague.” HOAs serve one and only one useful function: identifying local sociopaths so that we can all recognize them as the sorts of people who cannot be trusted with even the slightest amount of power.

5. A little while ago I wrote here about Reformed fundagelical mega-church pastor John McArthur and his new book declaring an all-out condemnation of all things charismatic and Pentecostal (see “‘Strange Fire’ fight exposes charade of biblical ‘inerrancy’“). Anyone looking for a thorough, scholarly response to McArthur’s broadside should read Craig Keener’s review of Strange Fire. Keener is both a rightly respected biblical scholar and a charismatic Christian. He’s also quite possibly the gentlest person I’ve ever met. His critique of McArthur is magnanimous and never unkind, and it’s all the more devastating for that. (Dr. Keener would never say something like, “John McArthur is a pompous jerk and a sanctimonious blowhard.” That’s commendable, but seeing as John McArthur is a pompous jerk and a sanctimonious blowhard, it seems to me that also needs to be said.)

6. Tom Paprocki, the most embarrassing man in Springfield, Ill. (sorry, messrs. Blagojevich, Ryan, Walker and Kerner — this guy’s got you beat), has announced that he intends to conduct a Big Gay Exorcism for the Land of Lincoln on account of marriage equality becoming legal there. This is another step in Paprocki’s quest to prove that no one listens to him. Exit polls from the last election showed that Illinois Catholics voted to re-elect the president, even after Archbishop Paprocki told them they weren’t allowed to do so. And now this attempt to expel the demons of gayness from his diocese will show that the demons of gayness don’t listen to him either (and probably wouldn’t, even if they actually existed).

Alan McCornick treats this “exorcism” as an amusing bit of pseudo-spiritual theater, but I think it’s worth taking it a bit more seriously. We should consider this a kind of experiment in which Paprocki is making, and testing, a falsifiable claim. I doubt he’ll accept the results of his own experiment.

Nobody ever gets hold of a congressman or a CEO, holds him down and shouts at him that he’s possessed of devils. It’s always someone who is already at the margins, often a woman or child.

Yep. Whatever else those biblical stories of exorcisms mean, they’re always stories of liberation in which the oppressed are set free. Somehow, though, the things done today as “exorcisms” always seem to serve the opposite function — they’re wielded as tools to keep the little people in line.

November 18, 2013 'Bible Secrets Referenced' is fun, but frustrating
Recent Comments
0 | Leave a Comment
"4. A conveyance for goods and small items, often made of paper, plastic, leather, or ..."
3lemenope 6/27 Flashback: Even so
"All I see is Reasonable providing an opposing view point. He or she is not ..."
American Patriot 6/27 Flashback: Even so
"And you still won't show your work. And you've still conceded to me that penguins ..."
WeWantPie Flashback: Sandy Hook, Uvalde & a ..."
"You can go to this website (https://averter.dynv6.net/P... and run your text through a program that ..."
Happy Noodle Boy 6/27 Flashback: Even so
Browse Our Archives
Related posts from slacktivist