“The hardest job I’ve ever had is looking for a job.”

“Like [President] Obama, [Pope] Francis is unable to see the problems that are really endangering his people. Like Obama he mistakes the faithful for the enemy, the enemy for his friend, condescension for respect, socialism for justice and capitalism for tyranny.”

“Hays’s work is saturated with that particular kind of right-wing smugness born of the conviction that one’s willingness to express common prejudices is a sign of free-thinking audacity.”

“Simple-minded, mean-spirited ideas about good poor people vs. bad poor people have a history that goes back many centuries.”

“I am interested only in helping those who are in thrall to an individualistic, indifferent and self-centred mentality to be freed from those unworthy chains and to attain a way of living and thinking which is more humane, noble and fruitful, and which will bring dignity to their presence on this earth.”

“While the [Confederation of British Industry] issues reports about creating a system that helps people avoid the ‘benefits trap’ by making work more attractive, the U.S. chamber advises its members to chaperone their low-wage employees onto public assistance programs like housing vouchers and food stamps, as a cost-free way of addressing the business problem of high turnover.”

“When it comes to wages, being in a union will raise a woman’s pay by 12.9 percent, or about $2.50 an hour, compared to similar women who aren’t in unions.”

“Low-income renters who make $15,000 or less would have to find housing that costs less than $375 a month, yet the median monthly cost for housing that was built in the last four years is more than $1,000.”

“Not only do the Walton heirs of Walmart fame have as much wealth as the bottom 30 percent of the entire US population (100 million people), but it is increasingly certain that the Waltons will be able to pass most of that on to the next generation.” 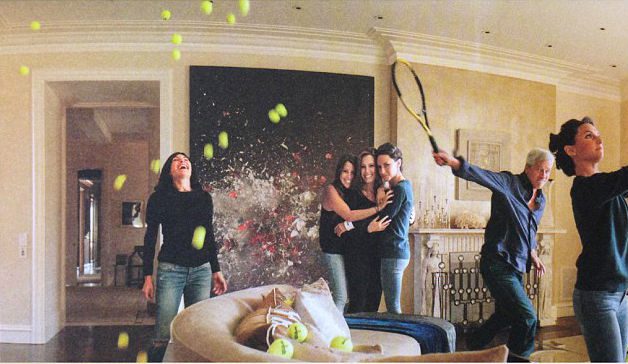 “The farmers make a lot more than I do, and they still get money from the government. How is that fair?”

“This is a very strong piece of journalism, demonstrating the many ways that workers wages are stolen, how little most buyers of green chile care one way or another, and how the state of New Mexico simply doesn’t have the resources to do anything about it.”

“There is no law prohibiting the federal government from buying clothes produced overseas under unsafe or abusive conditions.”

“Just getting servants back to the livelihood they earned a century ago remains a distant goal.”

“They’re left destitute, having lost their life savings at the age of 80. They can’t pay their medical bills or help send their children off to college because of characters like the ones glorified in Terry Winters’ screenplay.”

“The story needs to move out of the Beltway and onto Main Street, where reporters can ask real retirees how they’re faring and whether those retiring in the future are really prepared.”

“The ACLU found that seven out of 11 counties they studied were operating de facto debtors’ prisons, despite clear ‘constitutional and legislative prohibitions.'”

“You can only give full informed consent to everything that demands it by belonging to the class of person who erected the whole system in the first place.”

“I went from a horrible policy that didn’t cover anything, that was breaking me, to the best policy at the best price I’ve had since I was in my 20s.”

“We are surely nearer the beginning than the end of the struggle.”

January 6, 2014 A song for Epiphany: 'So why love anything?'
Recent Comments
0 | Leave a Comment
Browse Our Archives
get the latest from
slacktivist
Sign up for our newsletter
Related posts from slacktivist