Postcards from the culture wars (1.7)

“I’m old enough to have lived during the desegregation of the schools here locally. … And busing children, in my opinion, around the different districts, getting them out of their local neighborhoods, really was the beginning of the decline in some of the school districts.”

“Well, here’s the thing: If Rand Paul wants to avoid these questions, then he should avoid people who sympathize with white supremacists.”

“Hundreds of armed men jumped into trains, trucks, and cars and, crossing into Arkansas, fired out of windows at every black they saw. Some said that if it was black and moving, it was target practice.”

“It is worth considering whether, in general, this debate is really code for racism and anti-immigrant sentiment more generally.”

“The state police spokesman said Figueroa had an exemplary record.” 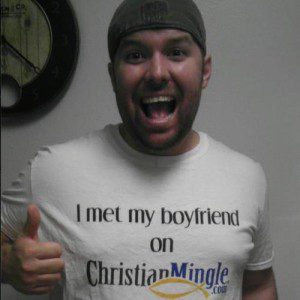 “The United States has about 5 percent of the world’s population and houses around 25 percent of its prisoners.”

“The White Gaze which believes that President Obama is not an American citizen is the same one that shot Renisha McBride in the head with a shotgun. They both operate from an assumption that the black body and the personhood of black people are existentially outside of what it means to be an ‘American.'”

“Synagogues and religious schools are places where we strive toward a broader awareness of the godly nature of all humanity. That’s why the Redskins name has no place in our halls and walls.”

“Patterson can still carry his gun. A 1990 law makes Idaho the only state in which legislators are exempt from gun permit requirements.”

“He should have stayed in the house like a normal person would.”

“If it communicates anything, carrying a gun in public tells bystanders that the carrier is prepared to kill someone.”

“The really dangerous fantasy is thinking that despite, or even because of, all this deadly firepower, no one will get hurt.”

“What do companies worship besides, perhaps, the almighty dollar?”

“I love the commercialization of Christmas because it spreads the Christmas cheers.”

“They have competitors out there, but Roger Ailes is never satisfied with being Number Two, is he?”

“The arc of history does indeed bend toward justice; it’s just that on Fox News it has a larger radius of curvature.”

“Sadly, it looks like FOX News is winning their war on Christmas, one racist at a time.”

“The bizarre story of how a conservative, anti-abortion Republican ended up expanding abortion access for congressional staff dates back to the initial fight over the Affordable Care Act in 2010.”

“I celebrate a feminism — and a Christianity — that is messy, that is fraught, that is angry, and that seeks justice for everyone, because it knows that justice does not wait its turn.”

“Incarnational theology that creates a normative of cisgender, heterosexual, able-bodied, neurotypical people does not function on an incarnational plain. It is Platonism disguised as incarnation.”

“A ‘hate group’ called the Friendly Atheist, that raises money for libraries.”

“This notion that all atheists are wounded or broken or had some terrible experience that explains why they’re really not a believer is incredibly annoying and offensive.”

January 7, 2014 'Readers should know' of theologian's abuse
Recent Comments
0 | Leave a Comment
Browse Our Archives
get the latest from
slacktivist
Sign up for our newsletter
POPULAR AT PATHEOS Progressive Christian
1