Brought to you by Briggs & Stratton

Brought to you by Briggs & Stratton February 8, 2014 Fred Clark

For the first time since Wednesday, I saw a PECO truck. That was over in Malvern, not here, where our local electric utility has yet to set foot, but it’s good to learn they still exist.

PECO’s original assurance that they would have our power restored by “Friday, 11 p.m.” was, by Friday, 11 a.m., revised to “Sunday, 11 p.m.,” but I regard that as about as credible as a Todd Starnes report of “Christian persecution.” (My nearby blog-neighbor, BooMan, got the same over-promise, under-deliver approach from PECO. He wasn’t as lucky as I thought and he’s not happy.) 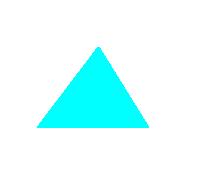 On PECO’s outage map, our county has moved from the Very Bad large, dark blue triangle to the Still Very Bad But Slightly Less So large, light blue triangle. So someone, somewhere in the area has gotten their power restored, apparently. You wouldn’t know that from talking to folks at the WaWa or the supermarket, where conversations suggest that the only people with power around here remain those who were lucky enough not to have lost it this week at all.

Given all that, the ‘vixen went out and secured the generator that is now powering our heat, a few lights, and our Apple Airport. Seeing the little green light on that Airport glowing made me feel like Gatsby looking across Egg Harbor.

Right now, then, because of an extreme weather event of just the sort that climate-change will make more frequent and more severe, I’m relying on a dirtier, more fossil-fuel intensive, higher-carbon-emission engine to keep my home habitable. That seems like a metaphor for my country’s general response to the slowly unfolding crisis of climate change.

Add the fact that this high-emission energy source is being fueled by gasoline that I had to buy with a credit card and the metaphor becomes a little bit more precise.

In the abstract, of course, I know that carbon-spewing, gas-guzzling generators are a Bad Thing. But on the other hand, it’s no longer 42 degrees inside my house. So there’s that.

Plus it still beats the approach of one frustrated North Dakotan, who found out that the local police frown on clearing the snow in one’s driveway with a military flamethrower. That’s illegal, and probably ought to be so, but if I were on the jury, I might be swayed by the guy’s argument. He told police “he was simply ‘fed up with battling the elements’ and that he did not possess the willpower necessary to move ‘four billion tons of white bullshit.'”

It’s not really news when somebody in North Dakota kind of snaps a bit after months of winter weather. The really newsworthy thing is that more people up there don’t.

(Oh, and, yes, “four billion tons of white bullshit” is the unofficial motto of Todd Starnes’ employer, Fox News. Translated into Latin — anyone? — it could also work for Southern Baptist Seminary.)

Anyway, if you’re wondering what that gasoline smell is, that’s me. Sorry. But the home office is once again habitable and partially powered and it looks like irregular blogging here may resume. I’ve got 4 billion tons of stuff piled up here and at least now I can finally start shoveling again.

February 6, 2014
Powerlessness (not that kind) and collapsing the transcendent into the immanent
Next Post

February 8, 2014 Re: Immanentizing the transcendent and 'Why are you a Christian at all?'
Recent Comments
0 | Leave a Comment
"My thoughts? "Lovely now they have an algorithm to find unionization""
Seed of Bismuth ‘Epistemic nihilism’
"I am the exact opposite. I know I'm Scottish-English-German and possibly Cherokee and Comanche too, ..."
worblehat The 1611 Project
"And, what I'm saying is even saying that it's always "hiding behind Christianity as an ..."
WingedBeast The 1611 Project
"In the late 70s, product testing included microscope and X-ray images. They wouldn't be really ..."
P J Evans The 1611 Project
Browse Our Archives
get the latest from
slacktivist
Sign up for our newsletter
POPULAR AT PATHEOS Progressive Christian
1