… And we’re back. After four and a half days, the power is back on. Lights, heat, the oven, the coffee maker, computers, phone-chargers, TV — the works. Laundry is, at last, a possibility again.

It’s also snowing again, but snow looks quite different from inside a warm, lamp-lit home with a functioning kitchen than it does from inside a glorified cooler with aluminum siding. 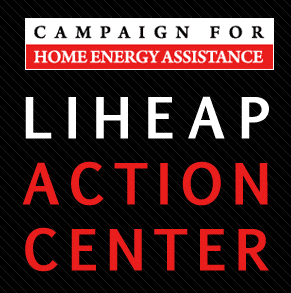 But over the past 20 years or so, we’ve found all kinds of new, innovative ways to subsidize those big energy companies without passing the money through the hands of poor families first. Why budget money to give to poor people to have them turn around and give it to the energy companies when we could just give those energy companies a big tax cut instead?

Plus the idea of the program — helping people when they need help — goes against the increasingly popular crabs-in-a-bucket ethos of Randian resentment. If I have to pay 100 percent of my heating bill, why should they get any help paying theirs? So what if that means poor families shiver through the winter?

The politics of resentment means that what was once seen as reasonable is now seen as unreasonable. LIHEAP offers assistance to the neediest families — a safety net, not socialism. But precisely because it’s not socialism — because it doesn’t go to everybody — it becomes the focus of resentment, as though the neediest ought to be envied by the rest of us. That’s one of the weirder aspects of the bitter teavangelical politics of resentment: It’s constantly condemning what it calls “socialism” because it’s not socialistic enough. Once everybody gets something, regardless of need, then it’s fine (“Keep your government out of my Medicare!”). Yes, that’s dumb, but sitting in a corner nurturing every tiny molehill of resentment into a mountain of indignation isn’t a promising way to make yourself smarter.

All of which is to say: 1) My power is back on, and 2) If you don’t support LIHEAP — defending it against all cuts — then I am forced to conclude that you’re just a big old jerk.

Yes, there are lots of policy disagreements we can argue about amicably. We can agree to disagree over all sorts of abstract principles and all manner of government programs, debating the merits and demerits of various left-leaning or right-leaning policy approaches with comity and civility.

But I realized something Thursday night, seeing my breath by flashlight. I realized that LIHEAP is not one of those programs. You can either support it wholeheartedly, or else you can be a jerk — the jerkiest jerk in jerkville. Those are really your only options.