The 1847 letter that tells you everything you need to know about white evangelicals in 2014 February 19, 2014 Fred Clark

That’s appalling, but hardly surprising, given what we already know about Charisma magazine and the white theology it endorses.

The really terrific part of Tashman’s post, though, is where he counters the Charisma writer by citing the story of Oney Judge. Judge was “owned” by Martha Washington, but escaped from the president’s home in Philadelphia, fleeing to New Hampshire. (This fascinating story really really needs to become a major motion picture.) She married a free black man named John Staines and lived the rest of her life as a free woman.

The Rev. Benjamin Chase interviewed Judge Staines in 1847 and wrote about her for The Liberator, William Lloyd Garrison’s abolitionist newspaper. Here, via Tashman, is a short excerpt from Chase’s article. This was written as an indictment of white evangelicals in 1847, but it still tells you everything you need to know about white evangelicals in 2014: 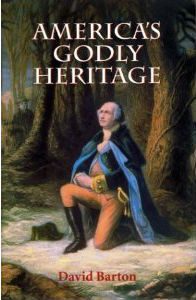 She says that she never received the least mental or moral instruction, of any kind, while she remained in Washington’s family. But, after she came to Portsmouth, she learned to read; and when Elias Smith first preached in Portsmouth, she professes to have been converted to Christianity.

She, and the woman with whom she lives, (who is nearly of her age,) appear to be, and have the reputation of being imbued with the real spirit of Christianity. She says that the stories told of Washington’s piety and prayers, so far as she ever saw or heard while she was his slave, have no foundation. Card-playing and wine-drinking were the business at his parties, and he had more of such company Sundays than on any other day. I do not mention this as showing, in my estimation, his anti-Christian character, so much as the bare fact of being a slaveholder, and not a hundredth part so much as trying to kidnap this woman; but, in the minds of the community, it will weigh infinitely more.

The “bare fact of being a slaveholder” isn’t evidence of an “anti-Christian character.” But “card-playing and wine-drinking … weigh infinitely more.”

February 19, 2014
A wise guy in the sky invites you to his guilty party
Next Post