Announcing the Left Behind cover and title contest

This decade-long series, after all, isn’t just about deconstructing the theology, politics and storytelling shortcomings of the World’s Worst Books. It’s also about helping people endure until 5 o’clock by giving them something to read as they surreptitiously surf the Web from their cubicles. Posting installments after 5 o’clock on Fridays doesn’t help them at all. I’m hoping a switch to Tuesdays will allow me to get these posts up earlier in the day to thereby better serve this cyberslacking constituency. OK, then. 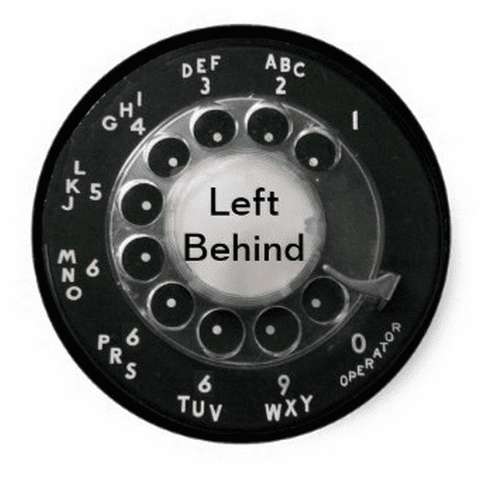 Over the years, a few folks have requested a “book version” of the Left Behind series, as that might be easier to read as a series than it is to navigate through 38 pages of posts tagged “Left Behind” in reverse chronological order.

I wasn’t sure that years of blog posts constituted a “book,” even if they added up to a book-length pile of text. Editing all of that into something book-like would be a major project, plus it wouldn’t include the comment threads which, as my wife rightly says, are the best and the funniest part of this series.

Happily, though, we now have some almost too-easy tools for e-book publishing, allowing anyone to dump a huge clod of text into a file and make it publicly available as an electronic book. Such “books” can be made available cheaply enough that it no longer feels like I’d be cheating readers by not editing all that text into something more formally book-like. (It still won’t include the comments — but those threads will live on here on the Web.)

So, then, I’m doing some cutting and pasting and — ugh — Microsoft Word formatting, and I hope too soon have available, via Amazon, Volume 1 of a kinda sorta book-like version of the Left Behind series.

(This is actually kind of exciting. For a greater sense of excitement, please feel free to re-read the previous paragraph with this playing in the background.)

This kinda sorta book-like thing will, like a real book, need a title. It will also, oddly, need a “cover” — even though no physical thing that could be described as a “book cover” will actually exist.

Point being I need to come up with a title and a cover design, and I’m inviting suggestions.

But why just make these “suggestions”? Why not make these “entries”? Let’s make it a contest and vote, here, on the winners.

Contests need prizes, of course. This one will have several — some of which are cooler than the others, but most of which are, alas, intangible and of little or no cash value:

2. You will have the satisfaction that you, personally, are responsible for giving us all something better to call it than “the e-book archives thingy.”

4. Bragging rights which may be invoked to resolve disagreements in all Left Behind comment threads. (For example: “You’ve made your case, but I still say Tennant was better than Smith. Did you come up with [insert winning title here]? No you did not. So enough with this No. 11 business already”).

5. A mint copy of the Demonstrations of Love CD — a 1997 compilation recorded for the benefit of Prism magazine. This is a rare* and collectible** item featuring alternative takes or otherwise unavailable tracks from artists including Randy Stonehill, Phil Madeira, Rich Mullins, Jan Krist, Ramona Silver and Ashley Cleveland.

So then, feel free to start lobbing suggestions for a title. I’ll cull the top 5 or 10 best ones and then sometime soon we’ll have an official cast-your-vote type post to pick the winner.

(Note: If this all gets freeped somehow or otherwise goes off the rails the way Internet-based contests sometimes do, I reserve the right to choose from among the runners-up rather than getting stuck naming this thing “Cthulhu” or “Colbert.”)

* Rare anywhere other than in my attic, where there are several boxes of these.

** Or, at least, collect-able. They are a thing that it would be possible to collect. One could, conceivably, do that.

February 23, 2014 'True Detective,' Wolterstorff's theology, 'Flatland,' 'Lost' and other timey-wimey, wibbly, wobbly stuff
Recent Comments
0 | Leave a Comment
"That's also a weird phrase. You can have smoke without fire a lot of times."
Antigone10 Who’s using who?
"Personally? New Zealand. But I'm not a medical worker, engineer, or millionaire, so it's not ..."
Antigone10 Who’s using who?
"You know how libertarians tend to be essentially conservatives, with a pseudo-progressive veneer of legalizing ..."
Carstonio Who’s using who?
"The Republicans have been saying the quiet part out loud - that low voter turnout ..."
Ursula L Who’s using who?
Browse Our Archives
get the latest from
slacktivist
Sign up for our newsletter
POPULAR AT PATHEOS Progressive Christian
1

Things Christians Think and Do Not...
Honest to God
Related posts from slacktivist