If the comment section of Christianity Today reflects the state of Christianity today, then we need to burn the whole thing to the ground and start over March 25, 2014 Fred Clark

I had intended today to write about World Vision’s recent clarification of its employment policy. The evangelical Christian relief and development agency has long had a policy that its employees must abstain from sex outside of marriage and remain sexually faithful within marriage. That remains the agency’s policy, but it has now clarified that this policy applies to same-sex married couples just as it always has to opposite-sex married couples and to all single people indiscriminately.

Timothy Kincaid posted a perceptive response to this at Box Turtle Bulletin, and I was going to quote from that and write a bit more about this …

But then I started reading the comments to Christianity Today’s weirdly apocalyptic report and … well, wow.

I knew better. Reading those comments meant breaking one of my own rules — a necessary, safety-first rule that states, categorically, “Never read the comments on an article at Christianity Today.”

You think the comments on your local newspaper’s site are a cesspool? You think 4chan or the darker corners of Reddit are disturbing? You will never find a more wretched hive of scum and villainy than the comment section at Christianity Today.

That’s a quote from Star Wars, of course. Obi-Wan was describing the backwater spaceport at Mos Eisley. But Mos Eisley’s got nothing on CT’s comment section. The trigger-happy smugglers and criminals from the Cantina scene can harm the body, but the commenters at Christianity Today carry a toxic self-righteousness that can kill the soul.

If you had asked me yesterday to list the opposite of those things, I might’ve suggested a different word for each in turn: hate, sorrow, enmity, anxiety, cruelty, selfishness, etc. But today, after spending an unhealthy amount of time in CT’s comment section, I would propose a single word that is the opposite of them all: Sanctimony. Sanctimony drives out all those virtues. Sanctimony turns the fruit of the Spirit into a sickening rot. That’s why pride is the cardinal sin.

Sanctimony is the overwhelming, all-consuming trait on display throughout that CT comment thread. It is one giant, ostentatious display of gratitude that we are so much more favored by God than that publican over there.

I take some very small measure of encouragement from that.

So I think much of what we’re seeing here is not bad people, but good people behaving badly because they’ve been trained to think that such horrible behavior is “good.”

That, at least, is what I hope we’re seeing. Because otherwise these poor bastards may be too far gone for them ever to be able to love or to be happy again. 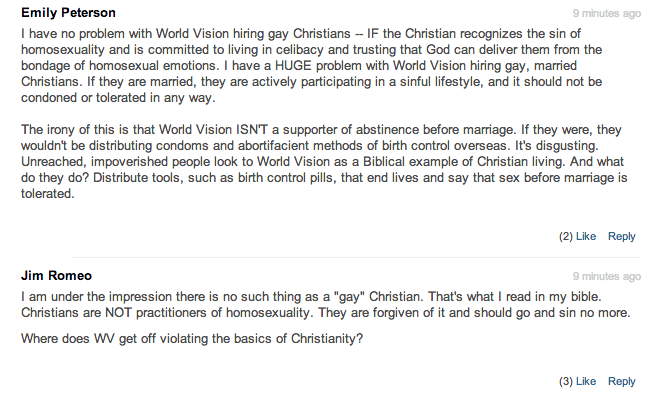 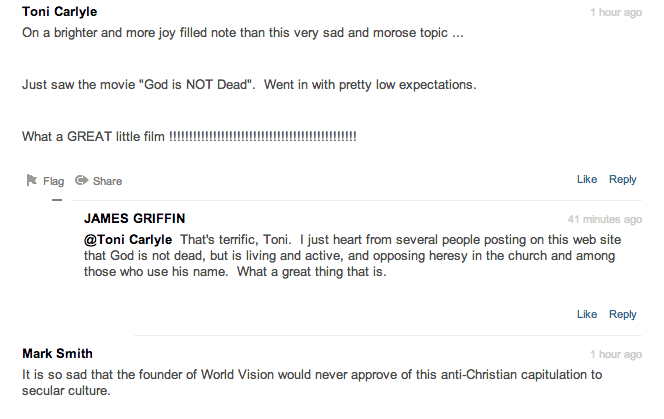 This isn’t nut-picking, folks. This is scooping a few nuts off the top of a giant pile of nuts grown in a monoculture nut orchard. Here’s more: 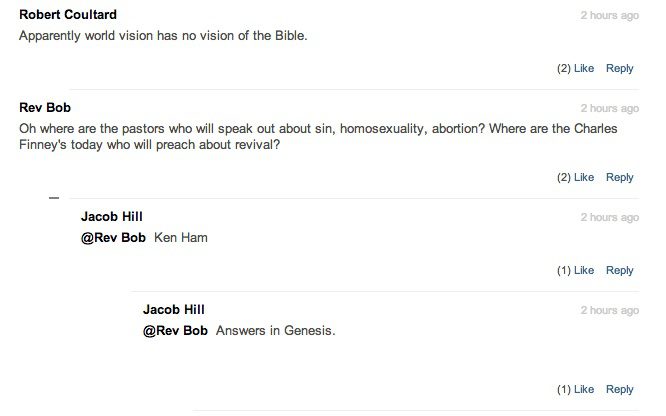 It just goes on and on and on.

Your soul, your spirit and your faith in Jesus would all be far, far better served if you attended Sunday worship in the Cantina in Mos Eisley then if you went wherever these folks learned to mistake their horrible behavior for virtue.

Ten years overall, five years for the print edition. That’s how much time Christianity Today has left before its graying readership shrivels below the point of sustainability. But if this is how the readers of Christianity Today are learning to behave, then that can’t come soon enough.

March 25, 2014
How evangelical gatekeepers mistake extortion for leadership: A story
Next Post