12 reasons I still call myself an ‘evangelical’

After the FlusterCluck and the ClusterDuck, and after the latest Proud Ugly Sneerfest in which white evangelicals defined their faith by cancelling their sponsorship of 10,000 poor children, it’s reasonable to ask why anyone would still want to be identified by that term “evangelical.”

That question is particularly pressing for someone like me. I’m pretty much constantly being told I’m not “allowed” to call myself that. So why keep fighting that? Here are 12 reasons why I still want to call myself an evangelical:

1. I fit the theological definition. How do we define “evangelical” as a theological category? Many rely on David Bebbington’s theological “quadrilateral” — and those parameters include me. Others, like the folks at Barna Research or the American Bible Society, rely on survey questions regarding spiritual practice — prayer, Bible-reading, etc. — and all of those mechanisms would also peg me as part of the tribe.

Yes, I know that’s all pretense. “Evangelical” is not actually a theological category at all. It’s a partisan political category. Theology don’t enter into it. All that really matters is that you’re a white Protestant who wants to criminalize abortion. (You must also be enthusiastically pro-Hell and anti-gay — but if you’re quiet about those while being really, really loud about wanting to criminalize abortion, then you may be permitted to stay.)

But as long as the tribe is committed to that pretense, I feel I should play along and continue to abide by the charade that “evangelical” has to do with religion and faith rather than with party affiliation. If they’re going to pretend their words are honest and meaningful, then I’ll play along and pretend that too.

2. You can kick the boy out of evangelicalism, but you can’t take the evangelicalism out of the boy. It’s Palm Sunday, and so therefore I have had the song “Hosanna” from Michael W. Smith 2 stuck in my head all day. I like that song. 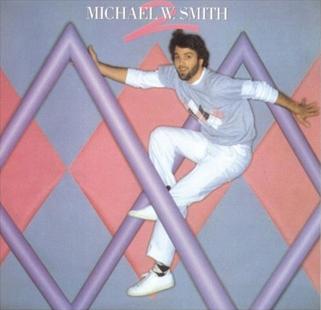 3. Where you’re from is never the totality of who you are, but it’s always a part of it. I was raised in and shaped by American evangelical Christianity. That’s where I learned to think. That’s where I learned how to think. It’s important to remind yourself of how your identity and thought processes were shaped and bounded because otherwise you may forget that they are shaped and bounded, which can lead to all sorts of blindnesses, assumptions and presumptions that can in turn lead to all sorts of foolish mistakes that you won’t even be able to see as mistakes.

4. Because just walking away from Omelas doesn’t actually help that poor kid. (Scene from the trailer for The Omelas Liberation Front: “We’re gonna walk away [cocks gun] … but that girl is coming with us.”)

5. I went to Eastern University, so I understand my role as part of the tribal buffer zone. Evangelical institutions like Eastern — with its dancing, beer, evolution and Campoloism — play an important role in the tribe. They keep the gatekeepers busy, which keeps places like Wheaton safe. If the gatekeepers didn’t have Eastern to nitpick at, then they’d be closely scrutinizing the more “mainstream” schools. If we allow Eastern to be kicked out of the tribe, then places like Wheaton, Gordon and Calvin become the new “fringe.” Once purging the fringe becomes the pattern, then no one is safe.

I came to understand this function during my years at Evangelicals for Social Action. The folks at Christianity Today were always calling for a quote from my boss (if they couldn’t get Jim or Tony on the phone first). Ron Sider is one of the least inflammatory people on the planet, but no CT piece was complete without including some “fringe” voice to act as a lightning rod for the inevitable outrage of the perpetually offended. A quote from some “controversial” evangelical redirected the gatekeepers outrage toward them and away from CT, thus ensuring that Tim Stafford wouldn’t get Ciziked.

6. It creates jobs. In the aftermath of the Great Recession, with 7-percent unemployment as the “new normal,” every job is precious — even that of tribal gatekeepers. These men have to feed their families and pay their bills. I appreciate that, and it would be churlish for me to condemn others whose particular talents and experience may have left them without any more respectable means of employment.

Look, yeah, my job ain’t great either. Mulch is heavy and dirty, the hours are lousy and the pay is pathetic. But there’s nothing inherently shameful about the work I do. My body aches, but my soul isn’t being slowly corroded. It would seem like ingratitude for me to deny the odious, soul-destroying work that must surely be the last resort for any poor schmoe who finds himself in the horrid role of professional tribal gatekeeper.

Just think of what it must have been like for them when they first began this work. “I’m going into full-time Christian ministry,” they announced at church — the proudest, most joyful sentence any young person could say in that community.

“That’s terrific! Are you going to be a minister? Or a missionary?”

“No. I’m going to be a tribal gatekeeper, an inquisitor endlessly monitoring the words, deeds and thoughts of others while looking for any pretext to declare that they’re not really true Christians.”

The disappointment they saw that day in the faces of their parents, youth pastors and mentors must have seeped into their bones, gnawing at them every miserable day.

But, hey, it’s a job. Nitpickers gotta pick nits. Gatekeepers gotta keep gates. Pipers gotta pipe. Mohlers gotta Mohl. Trevin’s gotta wax. And without people like me to “farewell” they’d all be out of work. So, yes, I’m a pro-feminist, pro-gay, science-loving, evangelical. The gatekeepers need me. Without people like me in their tribe, these guys would wind up lugging mulch too, and I’m not sure they’re cut out for that.

7. Having said that, the bottom line is still that tribal gatekeepers are simply bullies. That’s what the ugliness of the World Vision spectacle showed, just like the Duck Dynasty spectacle and the Chick-fil-A business before that. Bullies like to pretend that they own the playground. They don’t.

8. White evangelicals crave cultural hegemony. That requires strength in numbers. For all the gatekeepers’ talk about whittling down the tribe to its purest essence of real, true evangelicalism, when push comes to shove, they need and want to be able to claim there are tens of millions of us.

That’s why all those “farewells” and tribal banishments ultimately don’t stick. They can’t afford to lose the numbers. Just think of how white evangelicalism counts the presence of charismatic and Pentecostal members of the tribe. Speaking in tongues scares the bejeezus out of most of the most-vocal tribal gatekeepers, but if they don’t count all the Pentecostal types as “evangelicals,” then the tribe is less than half the size they want to claim. So the gatekeepers are always trying to speak for the largest, most inclusive number of evangelicals while simultaneously suggesting the narrowest, most exclusive definition of what all those numbers represent.

The same dynamic is true for the third of white evangelicals who are pro-choice. The gatekeepers want us to shut up, so that they can continue to pretend to be speaking on our behalf. And so they’ll use the threat of tribal banishment to silence us. But they can’t afford to banish all of us, because that would expose how few people their narrow views actually represent.

See also: LGBT evangelicals. Stay in the closet or be banished and farewell-ed, the gatekeepers warn, but they can’t afford to follow through on the threat. They’re just trying to keep LGBT evangelicals and any others who support them quiet, so that they can continue to count our numbers while pretending we support their false claim to speak for us.

I’ve been “banished” from the tribe more times than I can count, but hey, look, I’m still here. Those banishments were attempts to get me to either leave or to shut up. They failed on both counts.

10. “I know that the tide is turning ’round. So don’t let the bastards grind you down.”

11. I’m a Baptist, dammit. The doctrine of believer’s baptism means that we choose for ourselves. We don’t get baptized because our parents chose it, or because the bishops chose it, or because the state chose it for us. We choose for ourselves. Soul freedom, baby. You can chase Roger Williams through the winter woods and bar him from Puritania, but you don’t get to tell him what he can or cannot say about who he is and what he believes.

April 11, 2014
Witch-hunts are dangerous; witches are not
Next Post