‘Everybody hates a tourist’: On learning to be stupid at Princeton

Mychal Denzel Smith, “No One Cares If You Never Apologize for Your White Male Privilege”

A 20-year-old college freshman who wrote an essay for one of his college publications has been interviewed on Fox News, written about in The New York Times and had his essay republished by Time magazine. Yet he doesn’t understand why anyone thinks he benefits from white male privilege.

Jesus Christ, in the Gospel of Luke

Above all, the prophets remind us of the moral state of a people: Few are guilty, but all are responsible. If we admit that the individual is in some measure conditioned or affected by the spirit of society, an individual’s crime discloses society’s corruption. In a community not indifferent to suffering, uncompromisingly impatient with cruelty and falsehood, continually concerned for God and every [person], crime would be infrequent rather than common.

In the role playing game known as The Real World, “Straight White Male” is the lowest difficulty setting there is.

This means that the default behaviors for almost all the non-player characters in the game are easier on you than they would be otherwise. The default barriers for completions of quests are lower. Your leveling-up thresholds come more quickly. You automatically gain entry to some parts of the map that others have to work for. The game is easier to play, automatically, and when you need help, by default it’s easier to get.

E.F. Schumacher, “The Problem of Unemployment in India,” in Small Is Beautiful

These questions lead us to the parting of the ways: Is education to be a “passport to privilege” or is it a monastic vow, a sacred obligation to serve the people? 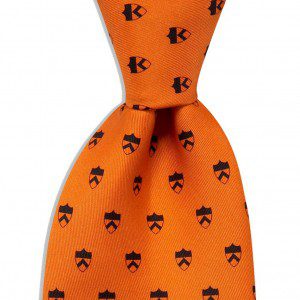 The first road takes the educated young person into a fashionable district of Bombay, where a lot of other highly educated people have already gone and where he can join a mutual admiration society, a “trade union of the privileged,” to see to it that his privileges are not eroded by the great masses of his contemporaries who have not been educated. This is one way.

The other way would be embarked upon in a different spirit and would lead to a different destination. It would take him back to the people …

If it is taken for granted that education is a passport to privilege, then the content of education will not primarily be something to serve the people, but something to serve ourselves, the educated. The privileged minority will wish to be educated in a manner that sets them apart and will inevitably learn and teach the wrong things, that is to say, things that do set them apart …

Mychal Denzel Smith, “No One Cares If You Never Apologize for Your White Male Privilege”

There are no American institutions of power that are, whether by law or by custom, founded on wholesale discrimination against white men. That’s not the case for the rest of us. For white men born in or welcomed into this system, it is an unearned privilege.

Fortgang can go through his years at Princeton — or better, the rest of his life — and never have to acknowledge that, let alone apologize for it. But no one is asking him to. An apology would be useless. If a discussion about privilege serves any purpose, it is so that the privileged recognize their own and are then compelled to work to dismantle the structures that have bestowed privilege upon them. In order to do so, one would have to recognize the call to “check your privilege” as less of a personal attack, because it is not. It’s a wake-up call to action.

May 5, 2014
Highlighting progressive Christian blogs not written by white dudes
Next Post

May 6, 2014 My boat's a magic couch on remote control
Recent Comments
0 | Leave a Comment
Browse Our Archives
Related posts from slacktivist