Yesterday, on the 225th anniversary of the inauguration of President George Washington, politicians and prominent fundraisers of the religious right gathered in the U.S. Capitol for a civil-religious political rally called “Washington: A Man of Prayer.”

Hosted by Mike Huckabee, the two hour event featured a variety of elected leaders, such as Rep. Tim Huelskamp and Rep. Steve King, who spoke together from the podium. Huelskamp asserted that God is at the heart of America because there is a small chapel located literally in the very center of the continent in Kansas, while King proclaimed that America was established by God. 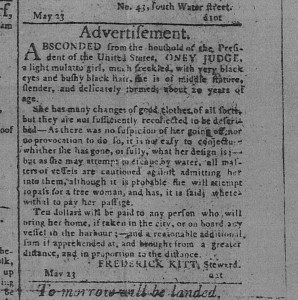 None of these speakers is likely to mark another notable anniversary later this month. May 21 is Oney Judge Freedom Day, honoring the woman who liberated herself from enslavement by George Washington 218 years ago. Or, as Washington himself put it, in a letter to the kidnappers he hired to bring her back, the woman “who, without the least provocation absconded from her Mistress.”

Take a moment to savor that phrase, “without the least provocation.” It doesn’t seem to have occurred to Washington that enslavement — being denied freedom, having one’s labor stolen, being bred like cattle, having one’s children sold away — is every “provocation” and every justification anyone could ever need.

Ah, but he was just “a man of his time,” the saying goes. Malarkey. Washington’s initial plan to have Oney Judge abducted back into enslavement was nixed due to fears it would provoke an abolitionist riot. Abolitionists were people “of his time” too, but they weren’t abysmally wrong about this. They were a significant presence and they had a significant voice — one that Washington had every opportunity to hear, to consider, and to reject.

Washington spent years conspiring with kidnappers to reclaim this woman he considered his property, but he did so secretly and through back channels because he was concerned about his reputation. He didn’t dare to abduct her openly because that would have meant having to publicly defend and justify his actions. Kidnapping and enslavement and selling children were all perfectly legal at the time, but Washington — even as “a man of his time” — knew they were indefensible and unjust.

Oney Judge, who settled in New Hampshire, knew that the president was trying to re-enslave her, so she did something he regarded as astonishingly uppity: She offered to make a deal. Guarantee the freedom of her children and her own emancipation upon the death of the president and first lady, and Oney Judge would return voluntarily. Washington refused to bargain with slaves, writing to those he had sent to abduct her:

To enter into such a compromise with her, as she suggested to you, is totally inadmissible, for reasons that must strike at first view: for however well disposed I might be to a gradual abolition, or even to an entire emancipation of that description of People (if the latter was in itself practicable at this moment) it would neither be politic or just to reward unfaithfulness with a premature preference [of freedom]; and thereby discontent before hand the minds of all her fellow-servants who by their steady attachments are far more deserving than herself of favor.

Yeah, he would have loved to have done a “favor” for “that description of People,” but it just wasn’t “practicable at this moment.” That might create “discontent” among all those slaves — Washington can’t even be honest enough with himself to write the word — he pretends are contentedly “without the least provocation” to want to be free.

So how is it that this guy has come to be an avatar of piety, prayer and religious devotion? Why are Mike Huckabee, Michele Bachmann, Ted Cruz and TLTP holding up George Washington as a prayerful example for us all?

Well, here’s what Southern Baptist pastor Dan Cummins, who organized “Washington: A Man of Prayer” wrote about the event:

On May 7, 2014, members of Congress, Christian leaders, and people of faith in homes and churches across the nation will join together to honor Washington as a man of Christian faith. Together, we will offer prayers on behalf of the nation, our President and his Cabinet, the Supreme Court and its Justices, and members of Congress.

“Washington — A Man of Prayer” commemorates the events of April 30, 1789, when, after being sworn in at Federal Hall, President Washington, accompanied by Congress, proceeded to St. Paul’s Chapel where, as one of his first official acts, the president offered a prayer of dedication to God on America’s behalf.

Christianity isn’t sufficient for people like Cummins, so they go in search of other mythologies to supplement it. That’s what you’ll find in churches like those of Cummins and Jeffress and Garlow — a dissatisfaction with the gospel of Jesus Christ spurring an endless quest for other mythologies and ideologies to provide something easier and more comforting, no matter how bogus those mythologies and ideologies are known to be.

And this idea of George Washington as a pious, prayerful man devoting his presidency and the nation to God is utterly bogus. Just ask Oney Judge. She knew the man. She grew up in his household. She was his “property.”

Here again is an article from The Liberator, Jan. 1, 1847, written by the Rev. Benjamin Chase following his interview with Oney Judge Staines:

She, and the woman with whom she lives, (who is nearly of her age,) appear to be, and have the reputation of being imbued with the real spirit of Christianity. She says that the stories told of Washington’s piety and prayers, so far as she ever saw or heard while she was his slave, have no foundation. Card-playing and wine-drinking were the business at his parties, and he had more of such company Sundays than on any other day.

Chase’s next remark, written 167 years ago, tells you everything you need to know about events like “Washington: Man of Prayer,” about pastors like Cummins and Jeffress, politicians like Bachmann and Cruz, and grifters like Schlafly and TLTP:

Card-playing and wine-drinking were the business at his parties, and he had more of such company Sundays than on any other day. I do not mention this as showing, in my estimation, his anti-Christian character, so much as the bare fact of being a slaveholder, and not a hundredth part so much as trying to kidnap this woman; but, in the minds of the community, it will weigh infinitely more.

When card-playing, wine-drinking and skipping church are seen as morally grave behaviors, but enslavement and kidnapping are not, something is horribly, horribly wrong with “the minds of the community.” 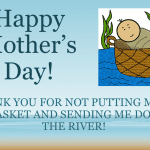 Missing Half of God
It turned out to work perfectly that we were due to continue...
view all Progressive Christian blogs
What Are Your Thoughts?leave a comment
Copyright 2008-2021, Patheos. All rights reserved.
error: Content is protected !!