So The Gospel Coalition, the not-at-all presumptuously named bloggers club of Reformed and Bro-formed white evangelicals, has given the boot to Tullian Tchividjian. 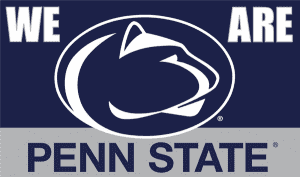 Tchividjian is Billy Graham’s grandson and also, more to the point, Boz Tchividjian’s brother. Boz is a very conservative evangelical (he’s a professor at Liberty University’s law school), but he’s also not a fan of people who prey on and abuse children. His GRACE ministry has become a leading evangelical force for trying to end, uproot, and prevent the sexual abuse of children in churches, mission agencies and faith-based organizations. For some background on that, see Kathryn Joyce’s excellent profile of Boz Tchividjian, “By Grace Alone: As sex-abuse allegations multiply, Billy Graham’s grandson is on a mission to  persuade Protestant churches to come clean.” (Appreciate, too, that the white evangelical establishment deeply resents Kathryn Joyce due to this. And thus, obscenely, Tchividjian becomes a “controversial” figure due to being praised by Joyce, while the defenders of abusers he investigates remain untainted by any such association.)

One of the organizations that Boz Tchividjian’s mission has focused on is Sovereign Grace Ministries — the Reformed mini-denomination led by a bunch of guys who were, until recently, leading voices in The Gospel Coalition. (They just left the group because, well, nobody wants to be photographed standing next to them anymore.)

Got all that? OK, so TGC, being an evangelical organization, doesn’t simply kick out prominent members. Such figures always leave “voluntarily” in order to “pursue other ministry opportunities.” (As in, “Here’s a cardboard box, you’re about to pursue other ministry opportunities. Clear out your desk and the guard will escort you out of the building.”) But whether Tullian Tchividjian jumped or was pushed out of the Gospel Coalition isn’t quite as interesting a question as to why he left.

…  added to the ongoing debate over how TGC members have publicly responded to allegations of an abuse coverup by Sovereign Grace Ministries (SGM), revived this weekend after TGC council members C. J. Mahaney and Joshua Harris resigned in the wake of the criminal conviction of a former youth worker at SGM’s then-flagship church.

In an interview with the Christian Post’s Morgan Lee, Tchividjian strongly criticized how fellow TGC members have defended Mahaney, saying it looks like “the good-old boys club covering their own” and “I’ve just been sort of disgusted by the whole thing.” He also alleges that Mahaney knew about the abuse.

But, no, no, no, The Gospel Coalition’s Tim Keller and Don Carson explain. It had nothing to do with Tchividjian’s appropriate disgust over the good-old boys covering up for criminal child abuse. It was actually a high-minded, but of course eminently civil, disagreement over lofty matters of doctrine:

For some time there has been an increasingly strident debate going on around the issue of sanctification. The differences were doctrinal and probably even more matters of pastoral practice and wisdom.

Yeah, that’s it. It was about the doctrine of sanctification and pastoral practice and such.

In other news, the Penn State Nittany Lions continue to be barred from postseason bowl games due to an increasingly strident debate going on around the issue of sanctification.