I am always praying through my vanities

• Big day around here: Younger daughter graduates from high school tonight. We’re very, very proud of her, even if we’re dreading the half-hour rendition of “Pomp and Circumstance” this evening’s ceremony will involve. (If I ruled the world, I’d give Elgar’s anthem a rest and have graduates process to something more upbeat. “Lovely Allen” maybe.)

• Molly Worthen asks, “Did the Southern Baptist ‘Conservative Resurgence’ Fail?” (Short answer: By the SBC’s own metric of baptisms and new members, it sure ain’t succeeding.)

• Christianity Today reports on “What the Largest Study of Women Leaders at Evangelical Nonprofits Has Learned So Far.” The study finds that “When it comes to women in leadership positions, evangelical nonprofits lag behind their secular counterparts.” 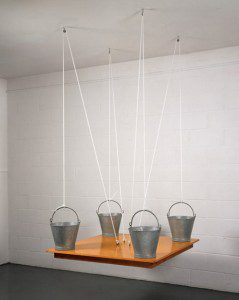 That’s not a surprising result. What is surprising, and refreshing, is that CT agreed to reporter Ruth Moon’s perspective on this finding — which is to recognize this as a problem in need of a solution. “The researchers hope to identify best practices for evangelical nonprofits to increase their gender parity,” Moon writes, implicitly acknowledging that, A) gender inequality is a Bad Thing, and B) greater gender parity would be an improvement.

• “‘I’m not a racist,’ she explained. ‘I have a black cousin.'” Well there you go, if she’s got a black cousin, she couldn’t possibly be racist.

Meanwhile, in Memphis, black workers at a cotton warehouse recorded their boss warning them that the water fountain was reserved for white workers only. But don’t worry, I’m sure the guy has a black cousin, so it’s all good.

• Emily Graslie shares some gorgeously hideous gifs of mating leopard slugs: “While dangling on a thick line of mucus, both slugs extend their male reproductive organs from their heads and twine them together to exchange sperm.” Those organs, by the way, are longer than the rest of the slugs’ bodies, and they’re a brilliant, shimmering, translucent blue, like Doctor Manhattan. Keep that image in mind the next time you hear anyone condemn other people’s sexuality as “unnatural.”

• Ryan Jacobs writes about “How to Make a Paranormal Event Seem Believable.” The key, according to a new study published in the Journal of Language and Social Psychology, is to assert your own initial skepticism and to present the account of the event as the evidence that converted you away from this skepticism. “The declaration of initial skepticism suggests that the narrator behaves rationally in basing his or her beliefs on empirical evidence and so counters potential accusations of foolishness and gullibility or being swayed by too little evidence,” researcher Anna Stone wrote.

This is why really slick evangelists don’t start their personal testimony by saying, “I’ve been a Christian ever since I was a child,” but rather by saying, “I used to be a devout atheist, but then when I was 9 years old …”

The point here, of course, isn’t really “How to Make a Paranormal Event Seem Believable,” but “How to Recognize When Someone Is Trying to Bypass Your Crap-Detector to Get You to Accept Their Paranormal Claim.”

• Steve Buchheit shared this song from Chris Wood, “Come Down Jehovah.” The video describes it as an “atheist spiritual.” That’s not wrong, but this prayer isn’t greatly different from some of the prayers you can find in the Psalms, or in Job. It strikes me as almost a Christmas song — or an Advent song, really, the kind of “O Come, O Come Emmanuel” that might be written by an atheist or else by someone who’s been reading a lot of N.T. Wright. (Either way, I mean that as a compliment. It’s lovely.) 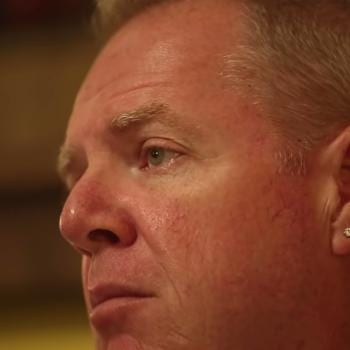