Flannery O’Connor, in The Habit of Being

I hope you don’t have friends who recommend Ayn Rand to you. The fiction of Ayn Rand is as low as you can get re fiction. I hope you picked it up off the floor of the subway and threw it in the nearest garbage pail. She makes Mickey Spillane look like Dostoevsky.

Perhaps you’re still wrestling with the “gay issue” because of your understanding of scripture. As long as you’re at least wrestling, I applaud that. It means you care. But if you use such reservations about an issue to withhold radical, boundary-smashing love and grace from any of God’s children, you’re denying the humanity at the heart of the Greatest Commandment while navel-gazing and calling it Bible study. 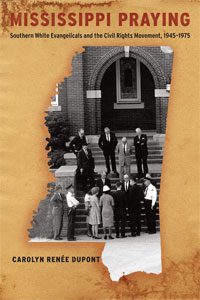 A final opportunity arose when Southern Baptists from across the country streamed to Atlantic City, NJ for their annual convention — just weeks before the three civil rights workers disappeared. Progressives at this meeting offered up a statement that condemned segregation, endorsed civil rights activity, and urged support of the Civil Rights Bill then before Congress. Yet Baptist leaders from Louisiana, Mississippi, and Alabama substituted a much watered-down version that excised all such endorsements and offered only the rather innocuous recommendation that “Christians and churches [act] under the direction of the Holy Spirit and in the spirit of our Lord Jesus Christ.” The Convention narrowly approved the eviscerated statement, relegating the progressive report to the trash heap. And even as Mississippi Baptists returned home to the summer’s escalating violence, they castigated the socially conscious arm of their denomination for its “liberalism” and its attention to the “distraction” of race relations, arguing that the “cause of Christianity is being undermined by leaders who are more interested in social reforms than the Gospel of Jesus Christ.”

So, go on, enlighten me. Because even though I was there, I’ve got no goddamned idea what it is that we’ve lost in Iraq beyond the 4,487 men and women we shipped home in metal boxes, beyond the 32,223 wounded and maimed, beyond the trillions of dollars we spent in our rage and our drive for revenge and our lust for blood.

Today, John McCain and Mitt Romney and the rest of the conservative war machine are railing against the President.

McCain stirred from the yellow fog of his bamboo cage and proclaimed in his best Old Man Yelling At Clouds voice, “We won Iraq! Obama lost it!”

Really Johnny Walnuts? Tell me, what did we win? And what have we lost? Please be specific, because I’d really like to know.

In an America Tonight investigation, five former students detailed similar and scarring treatment at the hands of BJU faculty. They spoke of a larger culture that heaped on shame and pushed them to silence — one focused on purity and reputation, and insistent on unquestioning obedience. But most damaging was how, through the language of Scripture, victims say they were told that their sins had brought on their rapes, that their trauma meant they were fighting God and that healing came from forgiving their rapists.

The women interviewed for this article attended BJU during the course of three different decades – from the early 1990s to the 2010s – and none of them have fully recovered.