The Rev. Gay Clark Jennings on the Christians who would have turned Jesus and Mary away at the Egyptian border. Rachel Marie Stone on the death toll of anti-birth control sanctimony. William Lindsey on the cultural captivity of the anti-gay church. And Andrew Bacevich and E.B. White on the perils and the promise of American democracy.

(And I’m still hoping the WordPress excerpt feature gets fixed.)

The Rev. Gay Clark Jennings, “Christians worship a child who fled violence in his home country”

The baby Jesus survived Herod’s massacre because his parents took him across a border to a land where he was safe. Just like parents in Central America who are sending their children away, Mary and Joseph took great risks so their son could survive.

The Bible doesn’t tell us who helped them make it across the border to Egypt or who gave them refuge there, but, in Matthew’s telling, we Christians have those anonymous kindly Egyptians to thank for our faith.

People of faith are called upon not only to be charitable, but also to go beyond charity. We must oppose the false choice being offered by those who want to prevent refugee children from entering the country.

Rachel Marie Stone, “The Birth Control Debate We Shouldn’t Be Having”

So yes. I do understand what people feel is at stake. But I also believe that to reject and inhibit access to birth control on the remote and contested possibility that a fertilized egg might not implant is to consign more than a million and a half people annually — mostly children, but many women — to death.

William Lindsey, “Margaret Farley’s Challenge to Make Love of Gay Persons Just in Christian Churches, and the Vatican Synod on the Family” 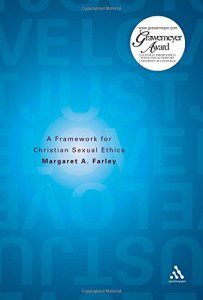 The homophobia freely incorporated into official Catholic teaching about gender is homophobia that flows from these longstanding, unreflective cultural presuppositions about the place of men and women in the scheme of things. It’s homophobia that gives heterosexual males pride of place in God’s plan for the world. Far from being countercultural, Catholic magisterial teaching on these matters is stolidly rooted in the status quo, in culture itself. It is a prop for what people already believe (and want to believe) about men, women, and gay folks, and what they do not want to question, since the questions that flow from any critical analysis of the easy scheme of dominant male, submissive female dualism that runs through all the major institutions of our culture make many of us extremely uncomfortable.

What can the richest and most powerful country in the world do to alleviate the suffering of innocent people who are caught up in this violence?

You know, we live in a country where if you want to go bomb somebody, there’s remarkably little discussion about how much it might cost, even though the costs almost inevitably end up being orders of magnitude larger than anybody projected at the outcome. But when you have a discussion about whether or not we can assist people who are suffering, then suddenly we come very, you know, cost-conscious.

We received a letter from the Writers’ War Board the other day asking for a statement on “The Meaning of Democracy.” It presumably is our duty to comply with such a request, and it is certainly our pleasure.

Surely the Board knows what democracy is. It is the line that forms on the right. It is the don’t in don’t shove. It is the hole in the stuffed shirt through which the sawdust slowly trickles; it is the dent in the high hat. Democracy is the recurrent suspicion that more than half of the people are right more than half of the time. It is the feeling of privacy in the voting booths, the feeling of communion in the libraries, the feeling of vitality everywhere. Democracy is a letter to the editor. Democracy is the score at the beginning of the ninth. It is an idea which hasn’t been disproved yet, a song the words of which have not gone bad. It’s the mustard on the hot dog and the cream in the rationed coffee. Democracy is a request from a War Board, in the middle of a morning in the middle of a war, wanting to know what democracy is.

July 13, 2014 Sunday favorites
Recent Comments
0 | Leave a Comment
Browse Our Archives
get the latest from
slacktivist
Sign up for our newsletter
POPULAR AT PATHEOS Progressive Christian
1 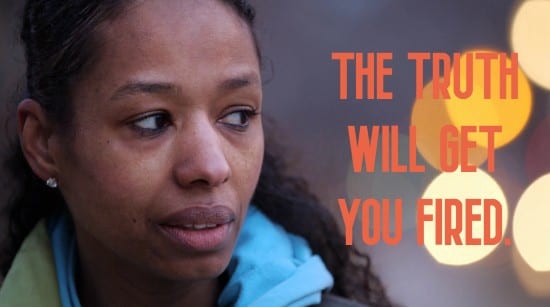