Never punch down. Never be afraid to punch up.

Or we can state those affirmatively: Punch up. Reach down.

That covers about 94 percent of being a decent person. And if you get that right, the other 6 percent will probably take care of itself.

Here’s a bunch of other people saying the same thing. 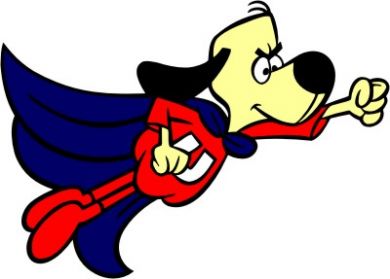 Where he is Christian is in his quasi-instinctive siding with the oppressed against the oppressors. As a matter of course he is on the side of the underdog, always and everywhere.

• Joy Bennett, “Defending the Powerful Is Not Our Mission”

Defending the powerful, the visible, the ones with plenty of resources, is exactly the opposite of what God tells us to do.

It’s a recurring theme throughout the prophets and the wisdom literature. We serve a God who rescues the weak, protects the defenseless, cares for the poor and orphan and widow. And God tells us to do the same.

The kind of humor Rush Limbaugh uses troubles me deeply, because I have spent much of my professional life making fun of politicians. I believe it is a great American tradition and should be encouraged. We should all laugh more at our elected officials — it’s good for us and good for them. So what right do I have to object because Limbaugh makes fun of different pols than I do?

I object because he consistently targets dead people, little girls, and the homeless — none of whom are in a particularly good position to answer back. Satire is a weapon, and it can be quite cruel. It has historically been the weapon of powerless people aimed at the powerful. When you use satire against powerless people, as Limbaugh does, it is not only cruel, it’s profoundly vulgar.

Punching down is a concept in which you’re assumed to have a measurable level of power and you’re looking for a fight. Now, you can either go after the big guy who might hurt you, or go after the little guy who has absolutely no shot. Either way, you’ve picked a fight, but one fight is remarkably more noble and worthwhile than the other. Going after the big guy, punching up, is an act of nobility. Going after the little guy, punching down, is an act of bullying.

• Rebekah Mays, “Why I Stopped Laughing at the Bed Intruder Song”

Humor, when it’s directed at a person, takes away some of that person’s power. If the person is weak or vulnerable, it’s the exact opposite of compassion to laugh at that person – it’s cruelty.

But change the object of ridicule and it’s a completely different story. Humiliating people or organizations who are misusing their power is a potent way to lessen, or even stop, their oppressive behavior.

• Catie Wilkins, for “Stand Up, Not Punch Down”

Comedy is about taking down the bullies. Traditionally in a carnivalesque way, the lowly, marginalized people would get to have their say and ridicule those with power: The fool is King for a day. … The whole thing falls apart when comedians kick down, and attack the most vulnerable members of society. It’s lazy and hack to use derogatory slurs instead of punch-lines, and not in the original spirit of comedy.

July 21, 2014
Love and justice are what give us ears to hear
Next Post

July 22, 2014 Obama also did not create a religious exemption permitting discrimination on the basis of race or sex
Recent Comments
0 | Leave a Comment
Browse Our Archives
Related posts from slacktivist