Self-confidence persuades us that he is a saint

Self-confidence persuades us that he is a saint July 30, 2014 Fred Clark

A few things, including: ReaganBook a victim of limited government; remembering the potato patch mayor; the Benhams’ “religious liberty” to disrupt worship services; amplifying smaller blogs; “all flesh” means all flesh; and what I have in common with David Koch.

• ReaganBook is a thing (NSFW), but perhaps not the thing its creators imagined when they set out to create a conservative alternative to Facebook. The hundreds of users who have signed up so far include Abortia Clinique, Adam N. Steve, Charles Foster Kane, Ginger Vitis and seemingly everyone Bart Simpson ever asked for in a phone call to Moe’s Tavern. It seems the government that governs ReaganBook is too small. Enjoy it while you can. 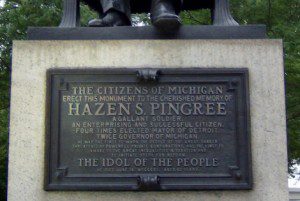 • When Flip Benham and his creepy twin sons tell you that they’re being “persecuted” for their Christian faith, this is what they mean: They mean they have a right to disrupt the worship services of other Christians and then be rewarded with their own cable TV show.

• Elizabeth Esther has started a Swiftian feature seeking out the hidden gems of undiscovered blogs in a weekly post she calls a Treasury of Small Blogs. This is a very cool thing in principle and in practice.

• David Koch loves dinosaurs. Me too. So we have that in common, at least.

• “I will pour out my spirit upon all flesh,” the Bible says at the beginning of Pentecost. But does “all flesh” really mean all? J.R. Daniel Kirk says yes.

• Here (via) are Miche Braden and the Postmodern Jukebox covering “Livin’ on a Prayer.”