Postcards from the culture wars (8.18)

“In short, if you were to rack up the greatest crimes of modernity, Christianity was deeply implicated in nearly all of them.”

“There is now only one kind of Republican in Congress, Christian. And this is extremely dangerous for Christianity.”

“For example, the curriculum treats Adam and Eve as actual historical figures, suggests that Einstein’s Theory of Relativity provides evidence for the Creation told in Genesis, and bizarrely compares the Book of Exodus to the infamously racist, KKK-glorifying film The Birth of a Nation.”

“The mayor told us we would not be opening a Pagan anything in his town.”

“I’ve never met an ‘ex-gay’ man I thought was not still attracted to men and would not go back to gay relationships under the right circumstances.”

“Marriage equality is a good thing, but we are a long way from having true equality, and true safety for LGBTQ persons either in our churches or in the broader culture.”

“A Republican governor up for re-election chooses not to appeal a ruling requiring the state to recognize same-sex marriages. What does that tell you?”

“We’re here, we’re not queer, but we’re totally fine with it if you are, get used to it.” 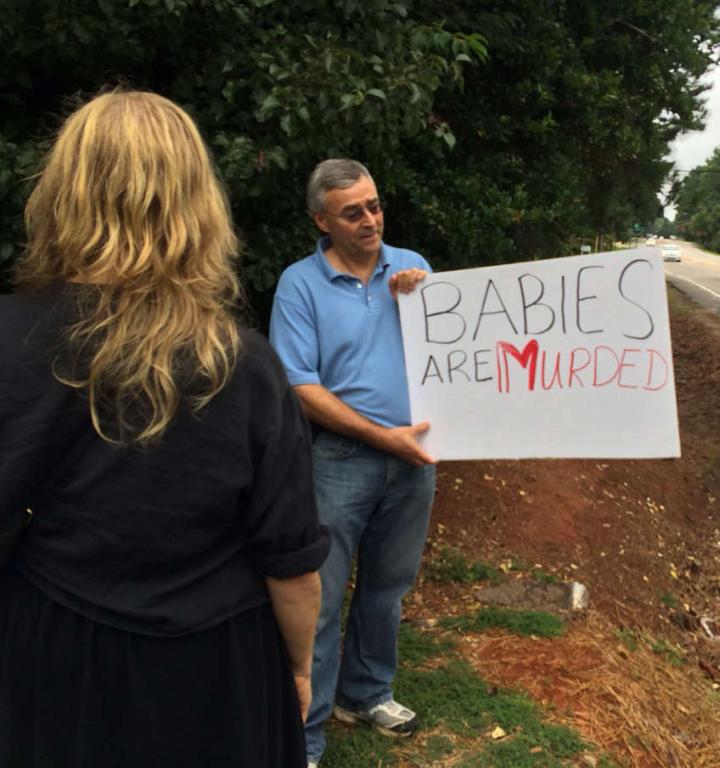 “But anyway, we don’t choose speakers because of their gender, but their competence and enthusiasm.”

“It ruins the Amy Grant song. It makes them uncomfortable.”

“There is no place in the Montana judiciary for perpetuating the stereotype that women and girls are responsible for sexual crimes committed against them.”

“All this would be something to write off as ‘pathetic,’ if people didn’t get killed regularly by men whose very identity is dependent on imagining themselves to be powerful and scary.”

“One in three women in the US have an abortion in their lifetimes, while nearly 40 percent of Americans claim they do not know anyone who has had an abortion.”

“This is what it’s like to walk into an abortion clinic in the pro-choice state of New Jersey.”

“In fact, while sex-selective abortion bans have proliferated based on a supposed concern over Asian immigrant birth patterns, the reality is that Asian Americans tend to have more girls than white Americans.”

“This is just a personal view. I’m not a medical doctor.”

“Treating Chicagoland violence as merely a tally necessarily dehumanizes its victims, but it also obscures so much of the larger story about that violence.”

“White people like to have me around because I am their free one-way ticket out of racism town.”

“When I responded, ‘Texas,’ he asked me where I was really from, as if there were no way it could possibly be from Texas.”

“In the first circle below write the last letter of the first word beginning with ‘L.’”

“I wasn’t a dirty cop, but I guess by today’s standards I wasn’t morally ethical just based on my beliefs.”

“He was raised in a racist predicament.”

“When I go out to speak to community groups, people are surprised to learn that there are enough people who have been exonerated from death row that we have our own membership organization, Witness to Innocence.”

“The members of the Constitutional Coalition informed [Gov. Paul] LePage that the United Nations and the Rockefellers were plotting to take over Maine’s North Woods.”

“Perry added that his conspiracy theory is ‘really troubling,’ which is an assessment I’m inclined to agree with for entirely different reasons.”

“Dinosaurs have always lived with man.”

August 19, 2014 WeAreN't helping when we take sides in sectarian violence
Recent Comments
0 | Leave a Comment
Browse Our Archives
get the latest from
slacktivist
Sign up for our newsletter
POPULAR AT PATHEOS Progressive Christian
1