Police again foiled in their quest for a bloodbath, will try again tonight

Police again foiled in their quest for a bloodbath, will try again tonight August 19, 2014 Fred Clark 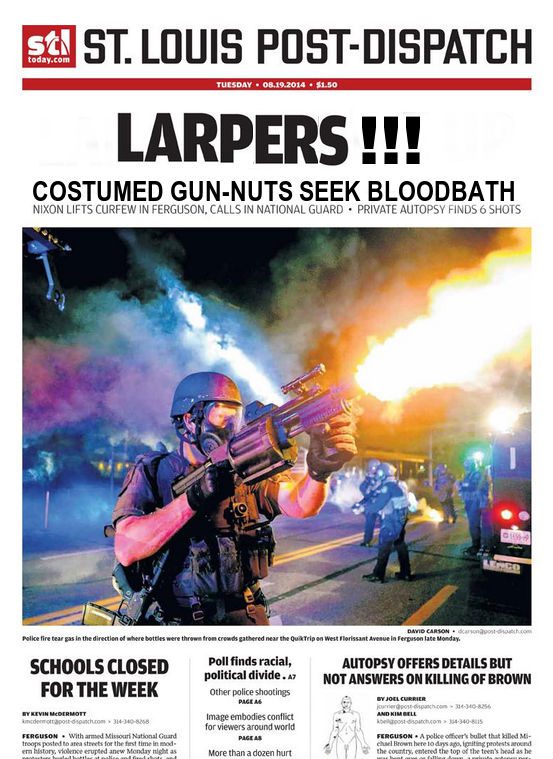 Yes, I changed their headline, but that’s not really a joke. Perhaps there’s some other explanation for the tactics and strategy employed by police in Ferguson, Missouri, but I can’t imagine what it is.

The best one can say for these police is that they don’t realize that’s what they’re trying to do, but that doesn’t change the fact that all of their efforts are pushing in that direction.

These are men with guns, pointing their guns at unarmed American citizens who are violating no laws. 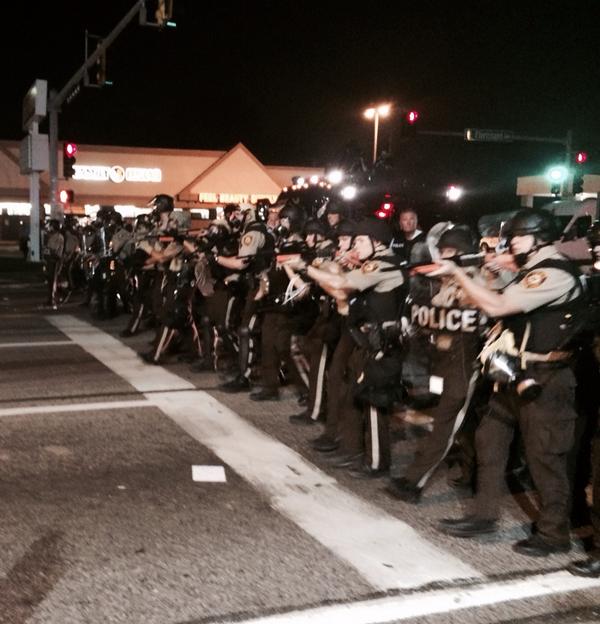 Many people have noted that it seems these police never received the fundamental firearm training that every soldier and Boy Scout was required to take. It’s as though they’d never learned one of the most basic rules of firearm safety: Never, ever point a loaded gun at anything you don’t intend to shoot.

But the really sick and scary thing is that I think they do know that rule. They’re not pointing those guns at anyone they don’t fully intend to shoot. They’re just waiting, itching, begging for a pretext that will allow them to do it.

In 2012, according to data compiled by the FBI, 410 Americans were “justifiably” killed by police—409 with guns. That figure may well be an underestimate. Not only is it limited to the number of people who were shot while committing a crime, but also, amazingly, reporting the data is voluntary.

Last year, in total, British police officers actually fired their weapons three times. The number of people fatally shot was zero. In 2012 the figure was just one. Even after adjusting for the smaller size of Britain’s population, British citizens are around 100 times less likely to be shot by a police officer than Americans. Between 2010 and 2014 the police force of one small American city, Albuquerque in New Mexico, shot and killed 23 civilians; seven times more than the number of Brits killed by all of England and Wales’s 43 forces during the same period.

August 19, 2014
WeAreN't helping when we take sides in sectarian violence
Next Post