So let the judgment fall on me

• The Rev. John Hagee has a problem. The Bible specifically condemns his variety of sit-around-doing-nothing-until-Jesus-gets-back religion. His solution? Pretend that passage isn’t about him, but that it’s actually about those “lazy” and “nasty” poors.

You can’t learn much about the Bible from Hagee, but you can learn some fascinating stuff about rationalization.

• “It was a first love, and second marriage, for them both.” Sniff.

• Lorem ipsum dolor sit amet: Back at the newspaper, after a couple rounds of layoffs cut our copy desk in half, we sometimes wound up with dummy type going to press in the first edition. Sometimes that meant a photo with a cutline that read “asdf asdf asdf asdf …” or a wire story with a headline that read “hed here.”

But that’s all we’d use for dummy type — the place-holding text sometimes needed to lay out a page before the actual text arrives. It’s bad and embarrassing to have such nonsensical strings of letters get published, but it’s still better than accidentally publishing dummy type that misleads readers.

That’s why — as a rule — you don’t use jokey dummy type. No one will be laughing if those jokes wind up in print.

A corollary to that rule, of course, is that you should never use jokey dummy type that’s also full of ethnic slurs. One would think that could go without saying, but apparently not.

• Brooke Palmieri shared this 17th-century illustration, reminding us that gatekeepers are not a new phenomenon — and that they’ve always hated bloggers: 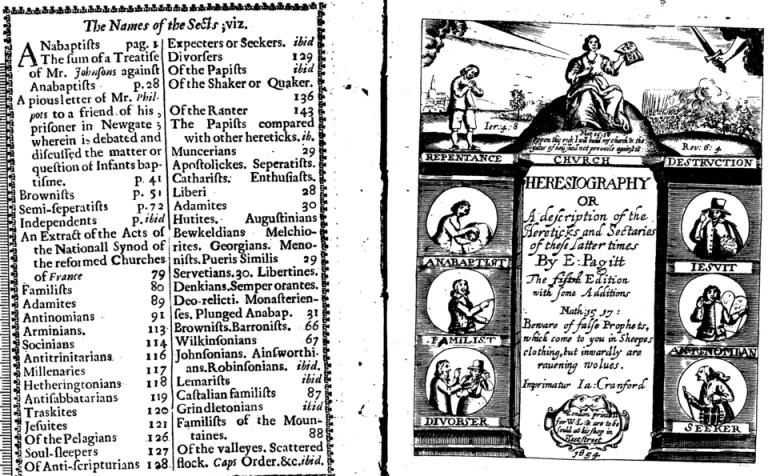 • Art Robinson, chair of the Oregon Republican Party, has some interesting ideas about nuclear waste.

• “Police in Ferguson, Missouri, have been spraying abortion-causing chemicals on crowds of civilians.” Apparently, tear gas — unlike Plan B — really can work as an abortifacient. (Can closely held corporations in Ferguson, then, withhold their taxes from the police department?) Oh, and the same tear gas that it’s perfectly legal to use on unarmed American citizens is illegal to use against armed enemy combatants during war.

• Memo to Kansas Secretary of State Kris Kobach: When church leaders criticize you for advocating policies that would result in racial discrimination, try not to confirm those critics’ worst suspicions by suggesting that the AME isn’t really a legitimate church.

• Broadway dynamo — and evangelical Southerner — Kristin Chenoweth has recorded an endorsement of marriage equality for the Human Rights Campaign. It is, of course, adorable.

Here’s Chenoweth singing “If You Hadn’t, But You Did” (which can’t be improved on, although updating the lyric from “Joe” to “Bro” might make it even timelier):

August 25, 2014
'Christian Mingle: The Movie' and the Magic Jesus Dream Boy
Next Post

August 26, 2014 Child refugees reader part 3: Christian voices
Recent Comments
0 | Leave a Comment
"Wow, something even more boring than that. Arguing about whether it's arguing about addressing trolls."
MadGastronomer Critics say praising Hitler might not ..."
"Thanks, Vucodlak - I clicked it.Wow.I like that the border wall is just a message ..."
Mits Smart people saying smart things (1.23.21)
"Another weekly email from my Representative, Jason Smith. This one was tιtled "America First." It's ..."
Vucodlak Smart people saying smart things (1.23.21)
"I think there is little competition. Buchanan may have been feeble during the secession crisis, ..."
яовэят ёскэят Smart people saying smart things (1.23.21)
Browse Our Archives
get the latest from
slacktivist
Sign up for our newsletter
POPULAR AT PATHEOS Progressive Christian
1