We went out in the dark and came back again

We went out in the dark and came back again August 26, 2014 Fred Clark

• Ever notice it’s always the “constitutional conservatives” who want to get rid of the 14th Amendment? (And probably also the 13th, and the 19th …)

• So back when we were discussing Mark Driscoll’s ugly “pussification” rants, you may have wondered — why “William Wallace II”? This isn’t just your run-of-the-mill dudebro fondness for Braveheart. In Driscoll’s region of the white evangelical subculture, Mel Gibson’s Academy Award-winning movie holds a unique and revered place as a portrait and emblem of Real True Christian Manliness. That’s thanks to popular author and self-proclaimed RTC Manliness expert John Eldredge and his book Wild at Heart: Discovering the Secret of a Man’s Soul.

Despite being named after a Nic Cage movie, Eldredge’s book actually argues that “the Secret of a Man’s Soul” is to be more like Mel Gibson in Braveheart.

Mark Bruce has a fascinating, multi-part discussion of Eldredge’s pop-culture projection and reinvention of Gibson-Wallace, beginning with this post: “Recovering the Unreal Man: William Wallace, Blind Hary, and the Medievalism of John Eldredge.”

(It’s a long read, but perhaps Driscoll’s six-week leave of absence will give him time to read it.) 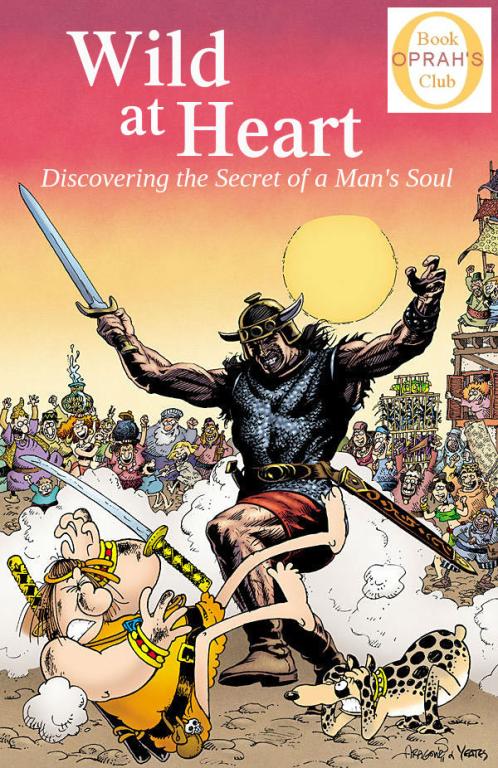 • (Mulching is a process of inbred fertilization which employs certain decomposed organic materials — including, but not limited to animal sediment — to blanket an area in which vegetation is desired.)

• I’m younger than the average Fred. (via)

“People are so adamant with everything to do with reproductive rights,” [student Jordan Ashley Barney] said. “For me, even if someone is pro-life, and I consider myself pro-choice, what Wheaton is doing is not helpful at all for preventing abortion in any sort of way. I think the college should be strongly supporting the Affordable Care Act, because this is a way to prevent abortion.”

Barney and a friend went to an on-campus forum about Wheaton’s suit against the Obama administration, featuring one of the attorneys in the case.

“There was a kid in the back who was a biology major,” Barney recalled. “He kept asking questions about the morning-after pill that supposedly causes abortion. And it was utterly refuted by the simple facts that this biology major had learned as a twenty one year old. And the lawyer knew nothing about the scientific facts of this so-called abortion pill … He kept saying, ‘I’m not a scientist.’”

I suppose it’s reassuring that Wheaton president Philip Ryken’s rejection of human biology hasn’t trickled down to the point where his lies and distortions change what biology majors are studying. Yet.

August 27, 2014 Innocent? He was a violent thug -- a vandal who threatened to tear down a House of God
Recent Comments
0 | Leave a Comment
Browse Our Archives
get the latest updates from
slacktivist
and the Patheos
Progressive Christian
Channel
POPULAR AT PATHEOS Progressive Christian
1

Progressive Christian
This mist that covers your eyes
slacktivist

Progressive Christian
Now I lay me down to sleep
slacktivist