State lotteries and truth in advertising

Politically, state lotteries seem as untouchable as they are indefensible. They’re predatory and regressive — a reverse Robin Hood scheme that takes from the poor to give to the wealthy to the tune of $68 billion a year. But they’re guaranteed to endure because they combine two of Americans’ favorite pastimes: gambling and victim-blaming.

State lotteries divide the public into two constituencies: Those who lose money to them and those who do not. Or, more forcefully, Losers and Freeloaders. Neither constituency is likely to support any change in the current state lottery system other than an expansion of it.

It seems almost impossible to persuade the Freeloaders to oppose the lotteries because they’re aware that these crooked games account for billions in state revenue for which, as it stands, they don’t have to contribute a single dime. The lotteries afford them the opportunity for perfectly legal free-riding and they’re not interested in any change that would involve them having to begin paying their fair share. Freeloading is a sweet deal and they’d like to keep it, thank you very much.

But it’s not just about the money for the Freeloaders. State lotteries provide them with something that Americans treasure far more than money. Lotteries also offer them the chance to indulge in the national pastime — basking in moral superiority. Not only do the Freeloaders get to look down on the Losers as their moral and intellectual inferiors, but the lottery also reassures them that this is How The World Ought To Be. It reinforces the just-world mythology that says the poor deserve to be poor because they’re careless with money, uneducated, impulsive, etc.

As for the former group, the Losers, well, telling people “You’re being a sucker” is not the easiest way to win political support. We can euphemize and rephrase that message more tactfully, of course, but there’s no way to change the substance of it.

The problem is not just that such a message is off-putting, but that it triggers a host of cognitive defense mechanisms that prevent it from being heard and accepted. No matter how delicately and cautiously the subject is raised, people who are being taken advantage of tend to deny that is the case. None of us wants to admit that — due to desperation or greed or credulity — we’ve allowed ourselves to be swindled. Con-artists of all stripes count on that. That’s a key tool of their trade. They rely on the fact that most victims would rather continue to be swindled than to admit they’d ever been the victim of a con in the first place. They rely on the fact that their victims are more likely to get angry with someone who sees them as victims than they are to get angry with those who victimize them.

More importantly, though, many of the Losers forfeiting their money in state-run lotteries already know it’s a crooked game. They know that the odds against winning any meaningful sum are astronomical. But when such a microscopically slight hope is the only hope you have, you don’t want to see that taken away. They recognize that it’s very close to impossible to escape their fate with a winning lottery ticket, but they also recognize that everything else is a rigged game too and that the astronomical odds against changing their lives via the lottery are still better than the astronomical odds of changing their lives through any of the work or opportunities they will otherwise be allowed to pursue.

Many of the Losers know the lottery is a lie. But they know that the just-world mythology of the Freeloaders is an even bigger lie. The lie of the lottery may offer them nearly nothing, but the bigger lie offers them absolutely nothing. And choosing nearly no hope over absolutely no hope is a rational choice.

Both constituencies, then, are invested in supporting the status quo. So the politics of state lotteries seems unstoppable. It seems we’re likely to see them expand and grow — siphoning away billions more every year from the poorest people in order to give more free subsidies to the wealthiest.

And this depressing reality, even more depressingly, seems like a metaphor for the whole of American politics. The game is rigged and there’s nothing that can be done.

This is why George Orwell made lotteries such a central theme in 1984. When we speak of “Big Brother” or condemn something as “Orwellian” these days, most of the time we’re talking about intrusive surveillance or “Newspeak” or subservient, incurious media. But everything Big Brother did in 1984 was dependent on the lottery. Of all the lies Big Brother told, the lottery was the lie that made everything else possible — the lie that kept the proles in line. As long as the public loved the lie of the lottery, Big Brother’s reign was secure. The lottery was the lie that ensured he had the consent of the governed — the consent of the oppressed.

John Oliver and his team at Last Week Tonight provided an excellent overview of the perversity of America’s state lotteries:

Most of that is really good. (Oliver leans a bit too heavily on the troubles that winning a lottery can bring, which is not a compelling argument — particularly not since, as Oliver shows, it’s a problem that it’s ridiculously unlikely any of us will ever have to worry about.)

The strongest aspect of Oliver’s piece, I think, is his focus on the massive and massively misleading advertising campaigns for these state lotteries. That’s important, because those advertisements explain how and why those who play the lottery have come to fall for this con. It’s not because they’re stupid or innumerate. It’s because they’ve been lied to — repeatedly and constantly, on TV, on the radio, on billboards and buses and from the counters of every convenience store. They’ve been lied to about the likelihood of winning. And they’ve been lied to about the purported social benefits of the lottery itself.

The state lotteries are sold with lies. And those lies are told with the full authority and credibility of the states themselves.

That’s true for most advertising. We have strict truth-in-advertising laws that prevent marketers from making false claims about the benefits of their products or from hiding their potential downside. That’s part of why, for example, those long legal explanations are part of ads for an auto leasing offer. Or why those long lists of potential side effects are part of every pharmaceutical ad. Truth-in-advertising laws are also why every other form of legal gambling — from McDonald’s Monopoly Game to mutual fund managers — has to include statements of odds or reminders that no single anecdote should be regarded as a typical outcome or that one example of past performance does not imply future results. 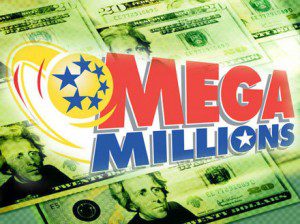 But here’s the thing: State lotteries are exempt from truth-in-advertising laws.

States dependent on lottery revenue aren’t eager to, um, advertise that fact. The same marketing teams who earn billions conceiving and promoting all of that state-lottery advertising have also worked hard to ensure that this fact is not near the front of the public’s mind. So let me repeat that again:

And this, I think, offers some promise for changing the politics of state lotteries. This is a way of taking them on without prompting a defensive response from either the Losers or the Freeloaders. We don’t attack the lotteries themselves, we attack their exemption from truth-in-advertising laws.

I think that has promise even if such a campaign never succeeds in ending that exemption. Simply increasing public awareness of that exemption would do a great deal to undermine the appeal of these rigged games. It would do a great deal, I think, to increase awareness that the games are, in fact, a very bad bet. (Which they are. A pick-three lottery ticket has a 1-in-1,000 chance of winning, with a payout that’s far, far less than 1,000-to-1. And the bigger jackpot games are even worse.)

Anyone who was forced to defend this exemption wouldn’t have an easy time of it. They would find themselves having to argue, simultaneously, that: A) We are not lying to you! and B) We must fight to preserve our legal right to lie to you. Point B will make Point A much harder for most people to believe.

November 16, 2014 Sunday favorites
Recent Comments
0 | Leave a Comment
"Because things where men outnumber women are fine and the way they should be but ..."
Dan Audy I don’t know why it gets ..."
"I appreciate all the good thoughts from when I posted morosely a few days back.Reminds ..."
яовэят ёскэят 😘 9/28 Flashback: Politically correct
""All diplomats are dishonest. They don’t speak from the heart and from the gut but, ..."
Eeyore 9/28 Flashback: Politically correct
"I mean, we're at the point where men write to Reddit asking if having coitus ..."
KhazadDoom I don’t know why it gets ..."
Browse Our Archives
Related posts from slacktivist