And you’ll only drink milk from a Christian cow

And you’ll only drink milk from a Christian cow November 28, 2014 Fred Clark

• The phrase “Shockwave has crashed” is, itself, not nearly as annoying as the five minutes of stalling and stammering one’s browser does before finally making this frequent, predictable announcement.

Shockwave does not work. Why do web designers keep expecting it to?

• Christian Nightmares highlights a passage from Tim LaHaye’s 1982 book The Battle for the Family. Back then, LaHaye wasn’t as busy with the “Bible prophecy” racket as he was with creating the right-wing political movement that would become the religious right. But he was still prophesying — making all sorts of other predictions that didn’t come true either. Please take this opportunity to point at Tim LaHaye and laugh: 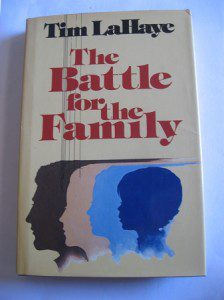 Feminism is the ultimate in selfishness. It appeals to “my rights,” “my goals,” “my feelings;” consequently it destroys whatever it touches. Historically and biblically, selfishness has always been a destroyer. God challenges us, “Give and it shall be given unto you.” Feminism is not interested in giving — it takes.

Unfortunately, feminism forces women to be the greatest losers. The woman whose unfeminine feminism drives men away in her youth by making them feel insecure around her is doomed to spend her life in lonely solitude. … As a result, I predict that in the years to come there will be a tragic increase in depression and suicide among the 40- to 50-year-old former feminists.

• In other LaHaye/Left Behind news … “‘Left Behind Kids’ to begin filming this weekend.”

• Via JoeMyGod, I find myself boggled by the viciously anti-Semitic and homophobic YouTube channel of one Brother Nathanael, an Orthodox bigot who also operates a really nasty, racist hatesite called “RealJewNews.”

I should probably say something more substantive about this blasphemous asshat, but really all I can think to say at this point is that he sounds so much like the Man From Another Place in Twin Peaks that I’m half convinced he recorded all of his videos backwards.

• Earlier this month we discussed David Roberts’ 36 Tweets on Postmodern Conservatism. It’s an excellent summary of how post-fact politics is just a part of our lives now, an arena in which, as Roberts writes, “there are only competing answers — no objective fact of the matter.”

Since reading that piece, I’ve enjoyed a string of very strange viral videos that have circulated recently — “Too Many Cooks,” “Interesting Ball,” and “Shia LaBeouf,” for example. (All hilarious, none SFW.) It seems we’re getting the comedy we deserve — absurdist humor for an absurdist society.

November 29, 2014 'Amnesty' and amnesia on immigration from Sooners and Southern Baptists
Recent Comments
0 | Leave a Comment
Browse Our Archives
get the latest from
slacktivist
Sign up for our newsletter
POPULAR AT PATHEOS Progressive Christian
1