First they got you thinking you’re a prophet

First they got you thinking you’re a prophet December 11, 2014 Fred Clark

• The only difference between Young Life and Abercrombie & Fitch is that Mike Jeffries was dumb enough to explain their shared philosophy out loud in public. “We go after the cool kids,” Jeffries said. “We go after the attractive all-American kid with a great attitude and a lot of friends. A lot of people don’t belong [in our clothes], and they can’t belong. Are we exclusionary? Absolutely.”

Also too: I come from the world of magazines and newspapers, so I’m perfectly willing to sell you an ad. But if you want me to advertise your brand logo on my clothing, then you should be paying me, not charging me for the privilege.

• Yeah, well, you know who else read his Bible all the time?

• Mallory Ortberg on “Numbers That Should Have Been Cut From Classic Hollywood Musicals.” She’s not wrong. Mark Evanier discussed this same subject recently, noting that “Once upon a time, it was Standard Operating Procedure for Broadway musicals to hand one whole number over to the choreographer to show off.” 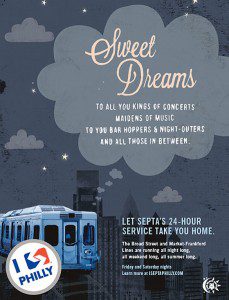 I’m not as concerned with Broadway, Hollywood or live TV musicals. I want to point out what this means for community theaters. Every classic musical has one (long) number included just to give the choreographer a chance “to show off.” Those choreographers could do so because they also had on hand a vast supply of incredibly talented professional dancers. If your community theater also has available such a talent pool of world-class dancers then, by all means, feel free to include the big 15-minute dream-ballet dance number. Otherwise, no. Please, please, please community theaters — cut the big dance numbers.

• Erik Loomis dredges up an artifact of Y2K hysteria, a “survival guide” hosted by Leonard Nimoy.

In the January 2000 issue of Prism magazine, we published an article gently mocking the panic and hype leading up to 12/31/1999, including a call for a food drive to donate all the canned goods people had stocked up to their local food pantries. Of course, the January issue had to go to the printer in early November, so I’ll admit I was a little bit nervous at midnight that New Year’s Eve.

• I like this poem, “In the Dark,” by Edwin Frank. It starts off kind of Advent-y, I think, then it gets a bit surreal. But then I think maybe Advent should be a bit surreal.

• I don’t care about flying cars. I prefer this kind of astonishing, living-in-the-future development: “FBI Files Charges Against President of Company Behind West Virginia Chemical Spill.” Never thought I’d live long enough to see something like that happen.

• Pacific Standard looks at the success — and the necessity — of SEPTA’s experiment with offering 24-hour weekend train service. The Philly-area metro system usually shuts down overnight, with the last trains leaving an hour and a half before last call (a stupid policy that ignores those of us who work nights, and also pretty much amounts to state-sponsored drunken driving).

Here’s part of why I’m a big fan of SEPTA finally keeping the trains running after midnight — Because I missed this encore at JFK:

We’d already left the concert, racing to the subway to catch the last R5 back to college at 12:35. Still bitter about that.

December 10, 2014
Ignorant Christians need to STFU about 'the poor you will always have with you' until they can be bothered to understand what Jesus actually said
Next Post