First, let’s be clear — this is a single study from a single location with a tiny sample size. I mention this not as a criticism of the study, but because it’s something I’ve been repeating over and over to try to reassure myself that maybe the world isn’t as horrible as this study seems to suggest.

So keep in mind that these are, at most, initial findings. Before we can draw any solid conclusions, the awful results here will need to be repeated and confirmed with larger studies conducted at multiple locations. That, at least, is what I keep telling myself after reading Tara Culp-Ressler’s dismaying — and potentially disturbing and triggering — write-up of the study for ThinkProgress, “1 in 3 University of North Dakota Men Surveyed Would Rape a Woman If They Could Get Away With It.”

That’s a frightening headline. The details are, if anything, even worse:

Nearly one in three college men admit they might rape a woman if they knew no one would find out and they wouldn’t face any consequences, according to a new study [“Denying Rape But Endorsing Forceful Intercourse: Exploring Differences Among Responders”] conducted by researchers at the University of North Dakota. 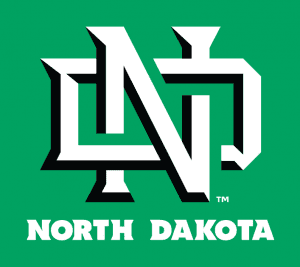 But, when the researchers actually used the word “rape” in their question, those numbers dropped much lower — suggesting that many college men don’t associate the act of forcing a woman to have sex with them with the crime of committing rape.

According to the survey, which analyzed responses from 73 men attending the same college, 31.7 percent of participants said they would act on “intentions to force a woman to sexual intercourse” if they were confident they could get away with it. When asked whether they would act on “intentions to rape a woman” with the same assurances they wouldn’t face consequences, just 13.6 percent of participants agreed. …

“The No. 1 point is there are people that will say they would force a woman to have sex but would deny they would rape a woman,” Sarah R. Edwards, an assistant professor of counseling psychology at the University of North Dakota and the lead researcher for the study, told Newsweek.

So take your pick there as to which part of that is most disturbing. Is it that 13.6 percent of male college students in the study willingly volunteered to identify themselves as rapists? Or is it that an additional 18.1 percent of male college students freely volunteered that they would rape women, but don’t even recognize that this makes them rapists?

Put together, that total of 31.7 percent — nearly one in three — is a staggering finding of pervasive predatory criminality. Here we have one in three UND male students freely admitting that the only reason they refrain from “forcing a woman into sexual intercourse” is that they might be caught and punished.

That suggests one necessary first step in response, which involves blunt, forceful law enforcement. In the short term, and at the crudest level, it tells us that the threat of getting caught must be immediate, tangible and certain, and the punishment must be consequential and severe. If one in three male college students says that they only refrain from attacking women due to fear of a criminal/legal deterrent, then that criminal/leal deterrent needs to be made more forceful and obvious as an urgent matter of basic public safety. We need VAWA on steroids.

But the vast scope of the problem here also suggests that it’s beyond the capability of law enforcement to handle on its own. We can ask the police and the justice system to maintain law and order and public safety when the criminal element in society is a small percentage of the population, but when that element makes up a third of the male population, then a law enforcement response, on its own, will be neither adequate nor sustainable. Law enforcement can’t be asked or expected to work in a context in which legal enforcement is the only deterrent to crime — in which 31.7 percent of the male population freely admits that they’ll prey on others if they’re not stopped by police. Police aren’t equipped to handle such a context — for that we would need prison guards.

What we see here, in other words, is evidence of a complete breakdown at multiple levels of society. These are college students, remember. These are educated young men whose applications included their involvement in all sorts of extracurricular civic activities, and who were able to provide glowing letters of recommendation from mentors and civic leaders, teachers, coaches and pastors. These are young men who have excelled in and been commended by multiple spheres of civil society, with all of those spheres failing to recognize or to respond to the fact that these young men are also fundamentally warped, damaged and misshapen. This is part of what we mean when we talk about rape culture.

Changing that context therefore means fixing what has gone wrong with schools, sports, churches, and every other organization that was involved in the character formation of these character-deformed men.

Culp-Ressler offers a brief, but helpful, discussion of those implications from this study:

The push to address sexual assault on campus has sparked a widespread discussion about “rape culture,” a term once relegated to the feminist blogosphere that has recently become more mainstream. Rape culture refers to the larger societal norms that allow rape to thrive — the lack of consequences for people who commit rape, the assumption that this type of sexual behavior is a normal aspect of gender relations, and the obscuring of rape as a serious crime. Participants’ responses to the University of North Dakota study fit neatly into this worldview.

Previous studies have revealed similar attitudes among both men and women. Asweeping international survey of men conducted by United Nations researchers found that most men who had perpetrated rape simply believed they had the right to take control of women’s bodies. A survey of U.S. teens found that many young men are manipulating their partners into sex and getting away with it. And a study that focused specifically on teenage girls in the United States found that most of them assume sexual coercion and violence is normal, because they think men simply can’t control their sex drives.

In order to reach the population of men who don’t currently associate forcible sex with rape, the lead authors of the new study suggest education programs that focus on defining sexual consent and encouraging healthy relationships. Simply pushing an anti-rape message won’t necessarily reach those men, they point out, because they don’t think of themselves as rapists.

Similarly, the schools, teams, clubs, churches, businesses, etc., that have trained these young men to be sexual predators “don’t think of themselves” as training academies for rapists. But that is evidently what many of them are.