Ace reporter Buck Williams is desperate to get in touch with his editors from aboard an airliner. He decides to take apart the “in-flight phone embedded in the back of the seat in front of him” and splice it to his laptop’s modem:

… Buck guessed that inside the phone the connection was standard and that if he could somehow get in there without damaging the phone, he could connect his computer’s modem directly to the line. …

All around Buck, people cried, prayed and talked. Flight attendants offered snacks and drinks, but few accepted. Having preferred an aisle seat for a little more legroom, Buck was now glad he was partially hidden near the window. He removed from his computer bag a tiny tool kit he never expected to use, and went to work on the phone.

Disappointed to find no modular connection even inside the housing, he decided to play amateur electrician. These phone lines always have the same color lines, he decided, so he opened his computer and cut the wire leading to the female connector. Inside the phone, he cut the wire and sliced off the protective rubber coating. Sure enough, the four inner wires from both computer and phone looked identical. In a few minutes, he had spliced them together.

I really have no idea whether or not such a jury-rigged contraption would work. I am certain, though, that after all that cutting of wires he won’t be able to put the phone back exactly as he found it, as he promises flight attendant Hattie Durham he will once she spies his technical handiwork. 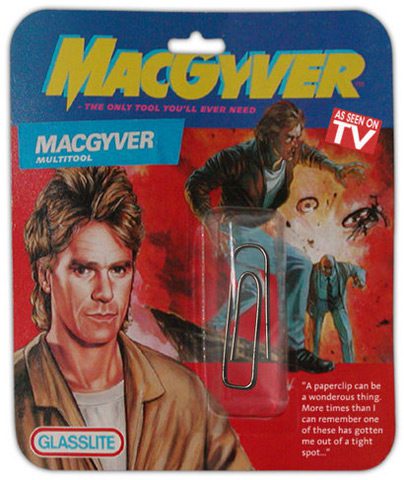 Hattie accuses him of “vandalizing airline property.” It shows how rattled she is by the mass disappearances that she can come across a passenger with a tool kit and a laptop computer hooked up to the plane with a “mess of wires” and not even think about the possibility of terrorism.

Buck eventually convinces her to allow him the ad hoc dial-up connection. First he charms her by reading her nametag and calling her “Beautiful Hattie.” (In the world of LaHaye and Jenkins, women don’t find that creepy.) Buck then argues that this is an emergency situation, so normal rules don’t apply to him — which is pretty much an abstract of our heroes’ approach to morality throughout the coming pages. Finally, he cuts a deal, agreeing to use his connection to try to reach her family.

Anyway, as I said, I don’t know how plausible Buck’s spliced-together modem arrangement is, but I do find a few things howlingly implausible in the excerpts above:

1. Dozens of passengers have disappeared mysteriously. Nobody knows what happened, where they’ve gone, whether they’re still alive or who might be next. And yet none of the survivors wants a good, stiff drink? I thought all the teetotallers were among those taken.

In fact, one of the passengers with a sharper intellect and curiosity than our narrators or protagonists might have noticed this fact — no one with alcohol in their system was taken. “It’s the alcohol! Look, I had the wine, you had beer, he had scotch … we’re all still safe. That explains it! It explains why all the children were taken! It’s the alcohol, the alcohol will protect you!” Then you can imagine everybody clamoring for a drink to ensure their safety before the next wave of abductions hits. The passengers would insist that the pilot, Rayford Steele, downs a shot of whiskey — just in case.

But of course this doesn’t happen. The characters just keep acting like they’ve read the back cover of the book. They seem to know they’re in a Rapture story, that being left behind is a bad thing, and that to win God’s mercy they must begin praying and refraining from drinking and/or dancing.

2. Buck Williams couldn’t get the aisle seat he wanted. Later, on page 72, we read the following exchange between Buck and the woman at the counter of the airline’s club:

He flashed his card, showing that he was among the top 3 percent of air travelers in the world. If any flight had one seat in the cheapest section, it had to be given to him and upgraded to first class at no charge.

If all that is true, how does he get bumped out of his preferred seat in favor of people like Harold’s apostate wife or an alcoholic businessman?

February 5, 2015
Swearing on a stack of Bibles: Pennsylvania's stupid, unconstitutional law
Next Post