The Satanic baby-killers of London

Are there secret kitchens beneath a London McDonald’s in which babies sacrificed to Satan are cooked before being eaten by Satanic cult members? Do these Satanic baby-killers wear special shoes made from the skins of dead babies? Do they drink blood and dance wearing the skulls of the babies they’ve slain for their Dark Lord?

As it turns out, no. None of that is really happening.

A high court judge has dismissed claims that children in north London have been abused by paedophiles in a satanic cult.

Mrs Justice Pauffley … said last September “lurid allegations of the most serious kind” were drawn to the attention of police. It was suggested that the youngsters were part of a large group of children from north London who belonged to a satanic cult. 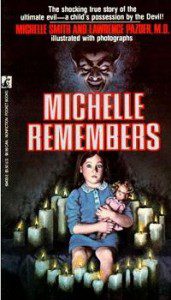 She said there were allegations of “significant paedophile activity” – allegations that children had been sexually abused and made to abuse one another.

Pauffley said allegations were made by the two children, their mother and her partner.

“Specifically, it was said that babies were supplied from all over the world,” she said.

“They were bought, injected with drugs and then sent by TNT or DHL to London. The assertions were that babies had been abused, tortured and then sacrificed.

“Their throats were slit, blood was drunk and cult members would then dance wearing babies’ skulls (sometimes with blood and hair still attached”) on their bodies.

“All the cult members wore shoes made of baby skin produced by the owner of a specified shoe repair shop.”

She said it was alleged that the “main action” occurred at a school – and at least seven other schools were named. A swimming pool was identified as a meeting place.

It was alleged that “rituals” were performed at a McDonald’s fast-food restaurant when “the boss” allowed child sacrifice because he was a member of the cult, said the judge.

And it was said that babies were prepared and cooked in ovens in a “secret kitchen” then eaten by cult members.

The judge describes these allegations as both “lurid” and “serious.” And she took them seriously, because any of this horror story, if true, would be a ghastly crime.

But none of this story is true. Not even a little bit. There was no such horrific crime:

“I am able to state with complete conviction that none of the allegations are true,” said Pauffley in her ruling. “The claims are baseless.”

That’s good news! It is an enormous relief to learn that we do not live in a world that includes Satanic cobblers making shoes out of dead babies, or secret cannibal-kitchens beneath McDonald’s, or a death cult that rapes infants before slitting their throats and dancing in their blood. It is always good news to learn that there isn’t a scary monster lurking under the bed (or under the McDonald’s).

Or, rather, it should always be good news. But it’s also possible to train yourself, over time, to see something like Pauffley’s statement as bad news. It’s a trick, and it takes hard work and years of practice to pull it off. But you can learn to do this. You can teach yourself to come to prefer a world that includes bloody-baby-skull-dancing monsters. Millions of others have already learned to do this, and you can too.

Here’s how to do it. First, look at The Guardian’s headline for the story above: “Claims of Satanic cult and child sacrifices in London are baseless, judge rules.” That seems like good news, but it also doesn’t say anything about you. And that’s the key to this process — learning to make it all about you.

All that requires is a simple tweaking of that headline: “Judge refuses to prosecute Satanic cult and child sacrifices in London.”

That’s still technically true, albeit a bit misleading. Follow that misleading — run with it as far as you can. “Judge dismisses concerns about international baby-killing conspiracy.” “Judge won’t bring charges against accused cannibals.” Work that into a nice lather.

And now it’s all about you. You become the only thing that matters in this story. It’s no longer a story about the results of a London judge’s fact-finding investigation, but instead becomes a story about how you are smarter, more virtuous, and in every way superior to these Satanic baby-killers and these stupid judges and reporters who coddle them.

Voila! A story that tells us the world is better than we feared is transformed into a story that tells us we are better than the rest of the world. This transformation requires the pretense that imaginary monsters exist, but that’s a small price to pay for the emotional rewards of learning to see this story — and every story — as confirmation of our own moral superiority.

“I am able to state with complete conviction that none of the allegations are true,” said Pauffley in her ruling. “The claims are baseless.”

She added: “Those who have sought to perpetuate them are evil and/or foolish.”

Pauffley may be right about the evil and/or foolishness of those who invent and embrace these baseless scary stories of imaginary monsters.

But she misses the more important point: It makes them happy.