April 28, 2015 by Fred Clark
0 Comments
How Bruce and Patti prove that Huckabee and Scalia are lying (and that they know full well they’re lying) April 28, 2015 Fred Clark

Bruce Springsteen and Patti Scialfa were married on my birthday, June 8, in 1991. They had a private ceremony in their California home, not a church wedding.

A church wedding wasn’t an option for Mr. Springsteen because he’d already had one, at Our Lady of the Lake in Lake Oswego, Oregon, back in 1985. That marriage ended in divorce in 1989, but the Roman Catholic Church does not recognize civil divorce and will not consecrate weddings for Catholics seeking to remarry after divorce. Thus Bruce Springsteen was not remarried in a Catholic ceremony. 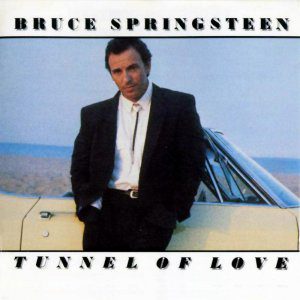 Apart from Bruce and Patti being rock stars, there’s nothing unusual about that story. Countless other Catholics have gotten divorced and then remarried in a non-Catholic ceremony. It happens every day all across America and is far, far more common than the whole business of seeking and securing (and paying for) a church “annulment” of the first marriage that would allow a Catholic ceremony for the second.

This is close to home for me, literally. My wife was raised Catholic and her first marriage was consecrated in a Roman Catholic church. Her second marriage, to me, was consecrated on the porch of a Sea Isle beach house by the cheerfully loopy Unitarian minister we found in the Cape May County yellow pages.

Just like Bruce and Patti, the ‘vixen and I had every legal and civil right to get married. But that right did not mean that we could insist on a Roman Catholic wedding consecrated by a Roman Catholic priest.

Nor could we have claimed any right to have an Orthodox Jewish wedding presided over by an Orthodox rabbi. And we couldn’t have sued the local Hindu Temple to force them to conduct one of those awesomely extravagant Hindu ceremonies for us. Our legal and civil right to get married did not in any way compel any church, sect or religious tradition to consecrate our marriage. That’s not how it works. That’s never been how it works.

And yet, when it comes to marriage equality for same-sex couples, it seems that plenty of otherwise intelligent-seeming people pretend not to know this.

Former Arkansas Gov. Mike Huckabee, for example, is also an ordained Southern Baptist minister, so we can assume that he’s familiar with marriage law. He knows that as a clergyman he never was or could have been legally compelled to celebrate any wedding that he and his church did not want to celebrate. He knows that has never happened and that it never can happen.

But while he knows that, Huckabee still seems to think he could score political points by pretending not to know it:

“If the courts rule that people have a civil right not only to be a homosexual but a civil right to have a homosexual marriage, then a homosexual couple coming to a pastor who believes in biblical marriage who says ‘I can’t perform that wedding’ will now be breaking the law,” [Huckabee] said. “Let me make clear: It’s not just saying, ‘I’m sorry you have a preference.’ No, you will be breaking the law subject to civil, for sure, and possibly criminal penalties for violating the law, depending on how the law is written in communities, states and in the nation.”

Mike Huckabee is, quite simply, lying. He is saying something he knows is not true.

Worse, he is saying something everyone knows is not true. Huckabee’s audience, in other words, is lying too by pretending to believe what they already know to be utter nonsense.

The conservative culture-warrior pastors Huckabee was talking to in that conference call were all fully aware of their Roman Catholic counterparts’ stance on divorce and remarriage. They were all fully aware that no divorced Catholic could ever sue to force that church to remarry them, on threat of “civil, for sure, and possibly criminal penalties.” Those pastors, like Huckabee himself, knew for a fact that everything he was telling them was utter bullshit.

Antonin Scalia is also fully aware of the Roman Catholic Church’s teaching and practice on divorce and remarriage. He is fully, completely aware that any Catholic with a valid civil divorce has every legal, civil and constitutional right to remarry. And he is fully, completely aware that this has never in any way, shape or form ever meant that a Catholic priest could be legally compelled to consecrate such a wedding.

And yet, today, Justice Scalia chose to pretend he doesn’t know this. Justice Antonin Scalia pretended not to know this, and built an argument based on something that he knows is, in fact, not true:

Mary Bonauto, the attorney arguing for marriage equality, responded well, reminding him of the Constitution.

“Your Honor, of course the Constitution will continue to apply, and right to this day, no clergy is forced to marry any couple that they don’t want to marry. We have those protections.”

That was insufficient for Scalia.

“I don’t see how you could possibly allow that minister to say, ‘I will only marry a man and a woman. I will not marry two men.’ Which means you would,­­ you could,­­ you could have ministers who ­­conduct real marriages that are civilly enforceable at the National Cathedral, but not at St. Matthews downtown, because that minister refuses to marry two men, and therefore, cannot be given the State power to make a real State marriage. I don’t see any answer to that. I really don’t.”

The conversation continued for a few minutes, with Justice Elena Kagan finally stepping in.

“Ms. Bonauto, maybe I’m just not understanding Justice Scalia’s question, but for example, there are many rabbis that will not conduct marriages between Jews and non­-Jews, notwithstanding that we have a constitutional prohibition against religious discrimination. And those rabbis get all the powers and privileges of the State, even if they have that rule, most many, many, many rabbis won’t do that.”

Scalia is, in short, lying. He knows it. We know it. Everyone knows it.

Let’s close with Mr. & Mrs. Boss performing one of my favorite songs about marriage, rearranged for a Dublin audience:

April 28, 2015
James Baldwin is still urgently relevant. The Senate GOP is not.
Next Post

April 29, 2015 'See, there were these two guys in a lunatic asylum ...'
Recent Comments
0 | Leave a Comment
Browse Our Archives
Related posts from slacktivist