The New York Times presents an animated version of a recent “Modern Love” column by Arla Knudsen, a story about purity rings and sex and “Losing My Religion.” 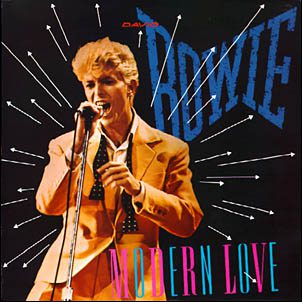 This could be confusing or challenging for people like Knudsen (or me), who were raised within the evangelical church. The expectation or trope of a personal testimony required a dramatic moment of conversion — a recounting of a single decisive act. But when you’re born and raised in a tradition, steeped in it from your earliest memories on, your story doesn’t conform to the shape of that narrative. It’s like being a second-generation immigrant and being asked to recount the story of your arrival at Ellis Island.

It strikes me as elegant and evocative to see Knudsen’s narrative of her departure from this evangelical faith presented in this quintessentially evangelical form. It suggests, perhaps, that while you can take the woman out of evangelicalism, you can’t fully take the evangelicalism out of the woman. Who we were has a lingering influence on who we are. It continues to shape us, even after we choose or decide to become something else. That’s something else that the ritual of conversionist personal testimony narratives can’t quite accommodate.

I think Knudsen’s testimony — and the appalling condemnations it will doubtless prompt from the tribal Defenders of the Faith — also points to something rather important about white evangelical Christianity in America ca. 2015. The Times titled her piece “Losing My Religion,” but faith and religion are, at most, tangential to this story. She recounts her departure from a tribe and a subculture, and her liberation from its sexual ideology.

Where is God in this story? Where is God as revealed in the person of Jesus in this story? Somewhere far off on the side — an assumed but unimportant presence. Just exactly in the same largely irrelevant place that God occupied in the church youth group culture Knudsen left behind. That culture wasn’t centered on God, but on particular forms and expressions of worship — forms that had more to do with the sentiments one could conjure in the pit of one’s stomach than with an encounter with the God of the gospel.

That results in a stunted, distorted, inadequate understanding of faith. It presents a counterfeit gospel of purity culture that, frankly, is a religion that deserves to be lost.

And when the form of abiding in such a meager faith is so strictly defined, the form of departing from it is all but predestined. Knudsen’s story is not unique. Nor is it particularly surprising. It is her personal testimony, but it echoes the deconversion narratives of thousands of others from thousands of other evangelical youth groups throughout America.

June 3, 2015
Nothing is secret that will not become known
Next Post