That time Jimmy Carter walked into a nuclear reactor

Since we were just talking about former President Jimmy Carter here, let’s take a moment to remember one particularly badass moment from his personal history.

Granted, Jimmy Carter isn’t generally described as “badass.” That’s a shame because building thousands of houses for Habitat should be thought of that way. And negotiating a peace treaty between Israel and Egypt involved high levels of bad-assery. Also, too, eradicating the Guinea worm? That’s so badass that Samuel Jackson should play Carter in the movie version of the story.

Jimmy Carter is also teaching Sunday school every week at the age of 90, just as he has for the past 60 years — uninterrupted by cancer treatments or by a term as governor of Georgia or a term as president of the United States. I suppose that’s not really “badass,” per se, but it’s pretty impressive — an example of what Eugene Peterson calls “a long obedience in the same direction.”

But the really badass story involving Jimmy Carter dates back to 1952, before he entered politics. Back then he was Lt. James Earl Carter, a nuclear specialist in the U.S. Navy’s Seawolf program working in upstate New York.

In December 1952, there was an explosion in the reactor of the Chalk River nuclear site in Ontario. The reactor was in partial meltdown and it was flooded with radioactive water. This was Very Bad. Even worse, it was going to have to be dismantled and shut down by hand.

Basically, somebody was going to have to make like Spock at the end of Wrath of Khan and walk into a melting-down nuclear reactor. That somebody would have to be, like Spock, both brave enough to face deadly radiation and smart enough to understand how a nuclear reactor works. 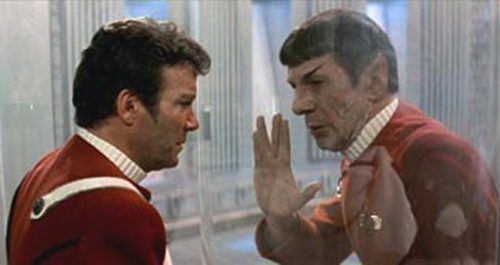 That’s how the job fell to Lt. Carter and his team of 22 other Navy specialists.

Here’s where the story turns into something like an epic Hollywood heist movie. The radiation level was such that, even with the best 1950s-era protective gear, no one could enter Chalk River for more than 90 seconds at a time. So it would have to be like a relay race — wade in, get as much done as possible in 89 seconds, then get out of there while the next guy in line took his turn.

The team built a replica of the whole facility on an Ontario tennis court — every hallway and door, every nut and bolt and screw and hatch. And they practiced. That’s what badass engineers do.

Here’s how Carter summarized this in a 1975 campaign biography:

When it was our time to work, a team of three of us practiced several times on the mock-up, to be sure we had the correct tools and knew exactly how to use them. Finally, outfitted with white protective clothes, we descended into the reactor and worked frantically for our allotted time. … Each time our men managed to remove a bolt or fitting from the core, the equivalent piece was removed on the mock-up.

For several months afterwards, we saved our feces and urine to have them monitored for radioactivity. We had absorbed a year’s maximum allowance of radiation in one minute and twenty-nine seconds. There were no apparent after-effects from this exposure — just a lot of doubtful jokes among ourselves about death versus sterility.

So Lt. Carter and the rest of his team ran through a radioactive flood with hand-tools and stopwatches and carried out an incredibly technical feat of nuclear engineering in 89-second intervals fully expecting that it would mean they’d all soon be dead from some horrible form of radiation sickness. And they did it. They shut down the reactor and saved the day.

August 25, 2015
White evangelical voters, Donald Trump, and the evolution of the religious right
Next Post

August 27, 2015 The culture war has always been about race
Recent Comments
0 | Leave a Comment
Browse Our Archives
Related posts from slacktivist