(Originally posted March 23, 2007. This got lost in the migration from TypePad to WordPress, recovered and reposted for the archives here thanks to the Internet Archive Wayback Machine.)

In describing his “electromagnetism” theory* for the mass disappearances, Nicolae Carpathia said:

… certain people’s levels of electricity made them more likely to be affected. That would account for all the children and babies and even fetal material that vanished.

Give the Antichrist credit for this: he is the first person in the book — 255 pages in — to make any attempt to “account for” all these missing children and babies and fetuses. His theory may be lame, but at least — unlike the roomful of assembled journalists — he has the sense to realize that the world’s newfound childlessness is worth remarking on.

As the first political leader to address this, Carpathia could gain the attention and support of the hundreds of millions of traumatized and grieving parents, but that’s not why the authors have him say this. His mention of the missing children, after all, is little more than an aside, and it is included here only so that Tim LaHaye and Jerry Jenkins can make a political point they know will appeal to their target audience. Carpathia doesn’t just make the signal distinction between “babies” and fetuses — he callously refers to the latter only as “fetal material.” This is, for Left Behind’s intended audience, the equivalent of cackling fiendishly while fingering the tips of his waxed mustache.

We read earlier about this aspect of the disappearances — every pregnant woman in the world instantaneously became unpregnant. This worldwide spontaneous abortion is an act of God, but it’s presented here as an argument that abortion is evil. (We’ll see much more of this in the next chapter, as Hattie describes how the Divine Abortionist has put the earthly competition out of business, so more on that later.)

After Nicolae’s speech, we are told:

Broadcast commentators urged that he be named an adjunct adviser to the U.N. secretary-general and that he visit each headquarters of the various U.N. agencies around the world.

One of those agencies, of course, is UNICEF — the United Nations Children’s Fund. L&J don’t mention this, or speculate on what that agency might be up to in this new world without children. It just doesn’t seem to occur to them. 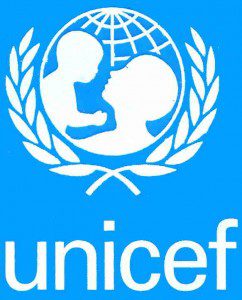 If it seems I’m being picky here, singling out their neglect of UNICEF, note that they also never explore what’s going on with parents, grandparents, schools, day-care centers, nurseries, orphanages, toy stores or Nickelodeon. Even New Hope Village Church hasn’t given any thought to what it means to have church without Sunday school. The only thought the authors give to the ramifications of this sudden childlessness is to note that abortion clinics would be out of work.

This is a very strange way of thinking about children and the meaning and value of children. Their disappearance — their presence, absence or existence — only seems to matter in this book insofar as it involves some political point. Thus we go for chapters at a stretch in which it seems that the authors have forgotten this earth-shattering aspect of their premise, and then suddenly they mention it again, in passing, as part of some political aside.

Many of the errors and contradictions in Left Behind are likely due to simple shoddy craftsmanship. Jerry Jenkins has said that he only spent about a month typing this book, and he just doesn’t seem to care much about taking much care. But I think the strange forgetfulness about their childless world stems from something else. I think it has to do with the difficulty of simultaneously believing and not believing the same thing, with the herky-jerky mental repulsion and attraction of cognitive dissonance.

Fast forward to the end — all the way to the end, to the 13th book in the series, Kingdom Come. They’ve posted an excerpt from the beginning of this book at LeftBehind.com.

I would warn against “spoilers” here, except that if you’re intent on reading this entire series of books, there’s little anyone could do to further spoil that experience.** In the interest of preserving whatever suspense there might be, though, I’ll just point out that Kingdom Come is set in the earthly paradise of a literal millennial kingdom, and that just because a given character appears in this book doesn’t tell you whether or not they might have died before then.

In the preview excerpt posted by the authors, Chaim Rosenzweig says “half a billion or more” disappeared at the Rapture. LaHaye and Jenkins present this as an accurate accounting, part of Chaim’s the-story-so-far exposition at the beginning of Book 13 in which he presents the authors’ point of view.

That “half a billion” represents the Real True Christians, the truly elect of the elect, which L&J apparently believe comprises at most a fourth of the roughly 2 billion nominal Christians worldwide. Roman Catholics and mainline Protestants are probably not a part of this remnant of a remnant, and the Eastern Orthodox and the Coptic faithful don’t have a prayer.

But as Carpathia pointed out, the Rapture also included “children and babies and even fetal material.” At the time the first book was written, there were roughly 1.2 billion children age 9 or younger in the world. Even if we set the age of accountability much lower — age 4 or younger — that’s still more than 600 million kids. Add to that the 100 million or so who were raptured in utero*** and it’s clear that L&J’s “half a billion” estimate is way too low, even before we count a single RTC adult.

They haven’t entirely forgotten about those 1.2 billion+ children. In the literal kingdom, Rayford Steele even meets his raptured-and-now-returned son, Rayford Jr. Like all the heavenly children, post-Rapture Raymie is “suddenly full grown.”

So the raptured children return, along with all the raptured adults, but still the authors through Rosenzweig tell us that they total only “half a billion” or so. This could, again, just be a matter of carelessness — the authors may simply not know or care to know that their figures are ridiculously low. But consider who else is missing in this scene.

L&J’s post-Rapture roll call strives to be comprehensive. Much of the excerpt reads like a rip-off of Hebrews 11 or of Dante, a long litany of the pre-Christian righteous and of all the saints of history. Yet one group they assured us would be there seems to be missing.

Where are those 100 million who were raptured from their mother’s wombs? One would expect, following the premise of the series, that these unnamed millions would, like Raymie, be walking the streets of the New Jerusalem “suddenly full grown.”

Those possessed of the slightest imagination will see here the potential for countless questions and endless speculation. What would it mean to make the leap — in the twinkling of an eye — from blastocyst to full-grown adult? What would it mean to be “full grown” without development, without experience, without choice, without memory, without the passing of time that we call “life”? In the hands of a thoughtful writer (i.e., not LaHaye or Jenkins) such questions could be the stuff of fascinating storytelling (it’s not all that different from the fascination with artificial intelligence in sci-fi).

But our authors keep their distance from all such questions.

Maybe they avoided this discussion because they simply realized they weren’t up to the task. Maybe they realized that any discussion of these sudden-saints would be as baseless and speculative as a discussion of angels on the head of a pin and thus they decided that it would be irresponsible to subject their readers — who tend to treat the series as Gospel truth — to such speculation.

Or maybe they saw the flashing red warning lights of cognitive dissonance and reflexively turned away from Things We Mustn’t Think About.

* We referred earlier to Nicolae’s “electromagnetism” explanation as technobabble. The Buffy writers coined another term for this sort of thing, “phlebotinum,” which John Rogers describes as “The placeholder word for the magic thingie/spell/hoo-haa needed in a script, used until the internal logic of the magic/sci-fi setting can be applied.”

Carpathia’s supposed explanation for the disappearances might have been more convincing if L&J had just left a placeholder word in place and had him say “phlebotinum” instead of “electromagnetism.”

** Plus, even though this series is fiction, the authors and many of their readers regard these books as realistic and accurate descriptions of what they call “prophecy,” which is to say actual events that will occur very soon at the imminent end of human history. The entire series, in other words, is presented as one big “spoiler” for all of life as we know it.

*** We can assume that L&J would also count among the raptured the frozen embryos stored at fertility clinics, but I’m not including them in this ballpark tally. (I would call these the “frozen chosen,” but Presbyterians already have dibs on that name.)