Earlier this year, Lancaster County (Pennsylvania) secured housing for the last of its homeless veterans.

Jen Koppel, executive director of the Lancaster County Coalition to End Homelessness, told ABC 27 News the number is a huge benchmark for them.

She said they’ve officially reached what is known as functional zero.

“Functional zero means that we have the capacity and the infrastructure to serve more people and housing than what are hitting the system,” she said.

Koppel told ABC 27 News that in recent years, veterans have made up about 10 percent of Lancaster County’s total homeless population. She said they’ve been able to reach the zero by increased outreach to all homeless people and by working together with the community to combine resources to get these vets off the streets. 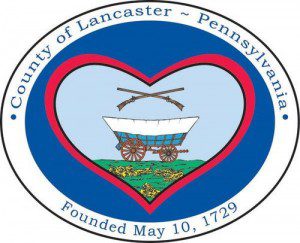 As recently as January, 26 veterans were living in an emergency shelter here or were unsheltered, a number that was down from the 68 homeless vets counted in 2012.

“This really is a significant benchmark in our community-wide, collective effort to end homelessness,” the Rev. Jim Amstutz, co-chair of the Lancaster County Coalition to End Homelessness, told the county commissioners. “There is no reason for a veteran in Lancaster County to be homeless.”

The coalition has housed 37 veterans since January, reaching the goal of zero on July 2, said Jennifer Koppel, coalition director.

Reducing veterans homelessness has been a priority here since the Obama administration in 2009 set a goal of ending veteran homelessness by the end of 2015.

So when it comes to helping homeless veterans, no one is doing it better than Lancaster County. Local leaders, area civic groups, donors and religious groups deserve a lot of the credit for that. So does the federal government and the Obama administration, which provided the blueprint and funding for the effort.

But the federal government has made that same blueprint and that same whatever-it-takes funding available to communities all over America — with enormous success and effectiveness in many places. But most cities and counties and states haven’t taken advantage of that. Most of the rest of America still lags behind Lancaster County in achieving this eminently achievable goal.

What makes Lancaster County different? What makes it the kind of place where this achievable goal of ending veteran homelessness could actually be achieved?

Well, let’s look at what else is going on in Lancaster County.

Lancaster County is also opening its arms to Syrian refugees.

Lancaster County will soon be home to more refugees from the Middle East, as families from Syria will be getting some help making the transition.

About 60 Syrian refugees already live in Lancaster County, and another 60 are expected to re-settle there in the next year.

Church groups secure and furnish apartments for the families, who also get help in finding work and staying healthy.

English classes will be available, and kids will go to schools in the county.

The first family resettled through this new effort arrived back in June:

The first Syrian refugee family arrived this week in Lancaster, to an apartment furnished with freshly made beds, a kitchen stocked with eggplant, olives and Arabic tea, and a table set with a hot meal accompanied by hummus and tabouleh.

Volunteers with a welcome team, who had readied the apartment and meal, were there to greet the weary family, give them a tour of their new apartment and make them feel at home now and in the weeks ahead.

… The mom and dad, and their four children, are the beginning of a wave of about 60 Syrian refugees expected to arrive in Lancaster County over the next year.

… The father of the newly arrived family was eager to get started, even after hours of travel from Jordan, where the six of them had been hiding out in temporary housing and living as refugees for three years, said those who greeted the family.

“He was filled with questions and very determined,” said Christine Baer, a Church World Service staff member who assists welcome teams. “He was asking about school and English classes, about a job and a car. The next morning, he was asking when he can visit his neighbors and get to know the Lancaster community.”

Lancaster County already is home to about 60 Syrian people, immigrants who arrived here for jobs, to join family and for other reasons.

The new group of Syrians are refugees fleeing their home country due to terrorism, specifically at the hands of the Islamic State group, said Stephanie Gromek, community resource coordinator for Church World Service.

And last month a Refugee Welcome Center opened to assist the dozens of other Syrian refugees who will follow:

For Syrian refugees arriving soon, a new kind of welcome center is opening in the city. And it’ll also be a life line, to learn English, train for work, and have access to a health clinic.

The Refugee Center will open at Reynolds Middle School on October 7th.

“The Syrian refugees that are coming to this area are escaping extreme hardships,” says community school liaison Joshua McManness. “They are coming ready to start a new life and become members of this community.”

… The center and the health clinic are open to everyone in the community. Staff will also be able to connect refugees with mental health services, which they may need after leaving their war-torn country.

So the good people of Amish Country are putting every Republican governor and presidential candidate to shame. And they’ve proven that your drunk uncle posting “Homeless Servicemen Should Come Before Any Refugee” memes on Facebook is utterly full of it.

Lancaster County is doing both. It has ended homelessness among veterans in the county and it is welcoming and assisting desperate refugees fleeing ISIS’s brutality in Syria.

November 20, 2015
Please don't suddenly pretend you care about homeless veterans for just as long as it allows you to oppose helping refugees, because that's hurting both veterans and refugees and it's making you miserable
Next Post

November 22, 2015 Sunday WTF?
Recent Comments
0 | Leave a Comment
"I just went through a chronological list of his novels, and no longer think I ..."
MaryKaye We’ll carry on
"Another problem that you might point out to them is that, unless they're willing to ..."
reynard61 We’ll carry on
"Somewhere in my collection of software, I have F-77 for DOS.And my first reaction to ..."
P J Evans We’ll carry on
"You don't know what you're talking about. The goal of UI benefits is NOT "get ..."
Joanne Lindstrand We’ll carry on
Browse Our Archives
Follow Us!

Demythologizing the Meal of Jesus this Maundy Thursday...
This morning I'm watching a PBS special with my kids about the...
view all Progressive Christian blogs
What Are Your Thoughts?leave a comment
Copyright 2008-2020, Patheos. All rights reserved.