The opening sentence of Chapter 9 clearly establishes that this is not a flashback:

Buck’s subconscious waking system failed him that evening, but by 8:45 p.m. he was back in Steve Plank’s office, disheveled and apologetic.

So it’s not a flashback. This scene occurs after the mass disappearances.

We are in the executive offices of a premier newsmagazine, the top editors gathered to discuss upcoming stories. This is not a flashback. Emotions are high. They’re tossing around words like “historic” and “monumental.”

Yet none of them so much as mentions that more than 2 billion people aren’t there anymore. No one mentions the vanishing of every kindergartner, every first-, second- and third-grader, every toddler and infant on the planet. No one mentions the dozens of plane crashes, the scores of rail disasters, the crippling of their own city — of every city.

Instead they’re focused on what’s really most important: The Jews.

It’s all about the Jews. Those Jews are up to something, and no doubt it’s something Jewish. 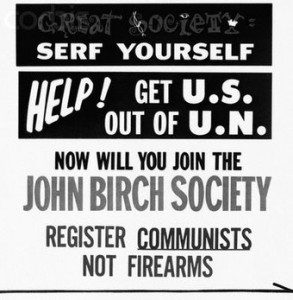 Every journalist in the room wants a piece of this story. Besides Buck and Steve, there’s Juan Ortiz, “chief of the international politics section.” Ortiz thinks this story should be his, since “Jewish Nationalists” and “one world government” are issues he’s been “following for years.” But religion editor Jimmy Borland wants a piece of this story, too, as does financial editor Barbara Donohue. They all realize that whether the subject is international finance or multinational politics, the Jews are behind it all. “Global Weekly” is looking more and more like “Executive Intelligence Review.”

This is all rather insane and offensive. Buck is convinced that there is a hidden connection between a meeting of Orthodox Jews who want to rebuild the Temple in Jerusalem, and a meeting of Jewish Unitarian “ecumenicalists,” and a meeting at the U.N. proposing a single world currency. And he’s pretty sure that connection has something to do with mysterious international financier and political puppeteer Jonathan Stonagal.

Buck is apparently connecting these dots on the basis of nothing more than a hunch. I cannot imagine what would prompt such a hunch, why Buck — or, for that matter, Tim LaHaye and Jerry Jenkins — would assume that these things must all be connected. That assumption only makes sense if one accepts as true the Bizarro-world, anti-Semitic conspiracy theories of the John Birchers and LaRouchies and the rest of the tinfoil hat crowd that spends its days muttering about the Trilateral Commission, the Rothschilds and Rockefellers, and the string-pulling Jews behind it all.

In other sections of the book, L&J seem to want to distance themselves from such conspiracy theories, but they don’t seem to appreciate the way those crazed theories are woven into the fabric of their own grand scheme.

The weird and paranoid obsession with “the Jews” in this passage is troubling. But what may be even more disturbing is that this is not a flashback. All that death and chaos, all those grieving parents, doesn’t even register with these characters, or with their authors. The editors of Global Weekly are planning the same set of stories they had planned before calamity struck and their world was utterly changed.

One wishes this scene could be read as a satire on the cluelessness of journalists, but that is clearly not the intent. Buck is here, again, held up as a model of insight. We’re supposed to admire the way he focuses on the big picture of the underlying (Jewish) conspiracy behind it all.

There is a sense that the actual, physical world does not matter. The people who live in that world do not matter. All that matters is the grand scheme, whether that scheme is the conspiracy of international financiers or the divine scheme of an arbitrary series of “prophetic” events.

The authors behave as they imagine God behaves. They have a plot that must move forward and they will advance that plot even if it means causing, then callously disregarding, the suffering of billions of people. Plot trumps — and tramples on, and violates — character. Here, once more, Bad Writing and Bad Theology intersect.

January 7, 2016
Wheaton College moves closer to its goal of an all-white faculty
Next Post