There were voices down the corridor

There were voices down the corridor February 3, 2016 Fred Clark

John Fea marks the death of Glenn Frey by reminiscing about “The Eagles and Evangelical Christianity,” recalling the elaborate allegorical interpretation of “Hotel California” that circulated as gospel truth in many white evangelical and fundie churches. This gnostic reading treated it as a personal testimony about joining the Church of Satan:

This view of the song was preached endlessly by evangelical youth pastors. It spread like wildfire in the evangelical community in the 1970s and 1980s – and this was before the Internet. (I am sure there is a scholarly treatment of this? Anyone? Randall Stephens?) In fact, it took me a very long time before I felt I could listen to the song without somehow compromising my faith or opening myself up to Satanic influences.

This was a very detailed, line-by-line exegesis of the song. It was, in a sense, an application of the same interpretive approach evangelicals had taught themselves for reading Genesis, Revelation, and the Sermon on the Mount — read the metaphors literally and the literal statements as metaphors. Thus a song about selling one’s soul to the music industry turns into a song about musicians actually selling their souls.

Part of the attraction of rumors like this is just the puzzle-solving fun of seeing how far one could take such an interpretation — something like this guy’s “Case for Pretty Hate Machine Being About Golf.”

But that’s not what made it so irresistible for white evangelicals. The allure was, rather, that it: 1) Aggrandized the tribe for understanding the gnostic secrets that eluded “the world;” and 2) Allowed us to regard ourselves as righteous because we were morally superior to the  — say it with me — Satanic baby-killers.

And as the rise of anti-abortion politics blossomed into the Satanic Panic of the 1980s, this legend gave us white evangelicals a good excuse to dismiss Don Henley as he pivoted into anti-Reagan protest songs.

(Did we just suggest that the Satanic Panic was caused by anti-abortion politics. Yes. Because it was. See, when you set about to transform national politics and popular religion based on the assertion that millions of your neighbors are Satan-worshipping baby-killers, it’s not really surprising that lots of people would subsequently start to worry that millions of their neighbors are Satan-worshipping baby-killers.) 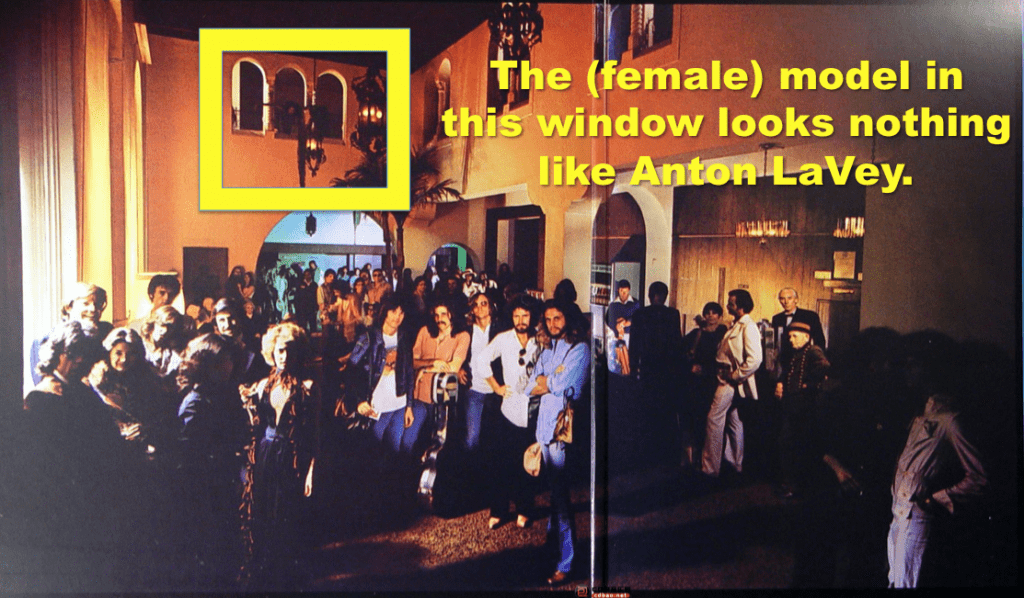 For a classic iteration of this evangelical urban legend — with website design that perfectly accompanies this perspective — see this from Jesus-Is-Savior.com.

For more examples, and a thorough debunking, see Snopes.

And if anyone knows of the kind of scholarly study of this legend that Dr. Fea asked about, please let me know.

February 3, 2016
When white supremacy is 'conservative' (and vice versa)
Next Post

February 4, 2016 Marco Rubio and the Hebrew Congregation of Newport
Recent Comments
0 | Leave a Comment
Browse Our Archives
get the latest from
slacktivist
Sign up for our newsletter
POPULAR AT PATHEOS Progressive Christian
1