The national ID card and the Mark of the Beast

One odd note jumped out at me in Amanda Taub’s impressive Vox essay on “The rise of American authoritarianism.” After a thorough and helpful summary of political science research into authoritarianism, Taub presents the findings of some polling informed by this research to parse “What authoritarians want” in terms of specific policies and goals:

1. Using military force over diplomacy against countries that threaten the United States
2. Changing the Constitution to bar citizenship for children of illegal immigrants
3. Imposing extra airport checks on passengers who appear to be of Middle Eastern descent in order to curb terrorism
4. Requiring all citizens to carry a national ID card at all times to show to a police officer on request, to curb terrorism
5. Allowing the federal government to scan all phone calls for calls to any number linked to terrorism.

That list is pretty disturbing and, frankly, kind of dumb. The disdain for diplomacy, in particular, seems like a Neocon wet-dream. Let’s invade and occupy a whole bunch of countries, because Iraq worked out so well. This is especially unnerving given that the idea of “countries that threaten the United States” seems to be a vague, elastic category shaped more by nightmare figments of the imagination than by any actual assessment of meaningful “threats” to the safety or national interests of this country.

In general, this list of policy preferences shows there’s significant demand for something like Big Brother. That demand seems to be based on the idea that it would only be Big Brother for some people, for other people — Big Brother for thee, but not for me. 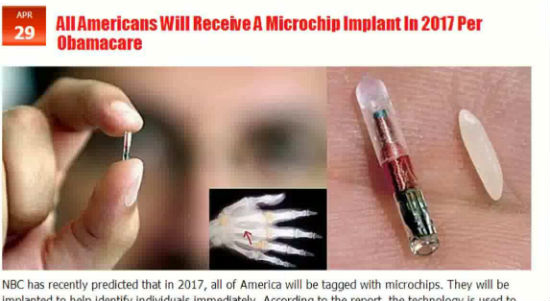 This is strange because this particular voting bloc has, in the past, been especially worried about Big Brother-ish tendencies. There’s a big overlap between “authoritarians generally and Trump voters specifically” and the kinds of anti-government ideologues who’ve long been drawn to things like the John Birch Society or the militia movement. (A member of Trump’s New Hampshire campaign team was recently charged in connection with the anti-government Bundy ranch business.)

What are we to make of people who simultaneously love Alex Jones’ conspiracy theories based on fears of unchecked, all-powerful government and also love Trump and his apparent support for more unchecked, all-powerful government? Why is it that the same people worried about “black helicopters” are supporting authoritarian candidates because they hope that a President Trump will increase the budget for black helicopters?

Here, I think, the “authoritarianism” model isn’t quite as useful or explanatory as the idea of Herrenvolk. That’s a German word for something that found its nastiest and most infamous expression in 20th-century Germany. Herrenvolk means, literally, “master folk.” The idea is that of democratic government — but only by and for the ethnic majority (or, in places like Apartheid South Africa or the West Bank or parts of Mississippi, for the privileged ethnic minority).

This is helpful for trying to understand the appeal of people like Donald Trump or Alex Jones. Herrenvolk democrats are not opposed to “Big Government” in the form of welfare and assistance for themselves, but they’re fiercely opposed to any such assistance going to others — to the wrong kind of people. They want “Big Government” under their own feet, solidifying the foundations of their own lives, but they hate the idea of government offering the same support to those other kinds of people.

For the other form of “Big Government” — the kind that rests on one’s shoulders rather than under one’s feet, the kind that weighs us down rather than bearing our weight — Herrenvolk democrats take the opposite view. They insist on the Bill of Rights and full civil liberties for themselves, but not for others. They do not want government surveilling them, or hassling them for identification, but they want to see the government increasing its surveillance, harassment, stopping-and-frisking, etc., of those other people. They hate the idea of former NYC Mayor Bloomberg’s soda tax applying to them — that’s Big Brother and the nanny state. But at the same time they enthusiastically support efforts to police the grocery budgets of poor people.

This might at first seem like contradiction and inconsistency. It’s not — it’s a wholly consistent approach based on a principled ideology of ethnic supremacy. That ideology may be vile and immoral, and it may be based on wholly imaginary and insupportable constructs, but it’s not inconsistent. And it can explain why fans of Alex Jones and Donald Trump can be terrified of Big Brother taking away their own rights while simultaneously demanding policies that use 1984 as an instruction manual toward other people. (See also: “Religious liberty.”)

For a big chunk of those voters, of course, Orwell’s language of “Big Brother” isn’t the preferred literary metaphor for the totalitarian nightmare they fear. They’re not worried about Big Brother, but about the Antichrist.

This is why it’s so startling and jarring to see demand for a national ID card as one of the top issues on the agenda of these Trump-loving authoritarian/Herrenvolk voters. Because everybody knows that a national ID card is a tool of the Antichrist.

Then I saw another beast that rose out of the earth; it had two horns like a lamb and it spoke like a dragon. … It causes all, both small and great, both rich and poor, both free and slave, to be marked on the right hand or the forehead, so that no one can buy or sell who does not have the mark, that is, the name of the beast or the number of its name. This calls for wisdom: let anyone with understanding calculate the number of the beast, for it is the number of a person. Its number is 666.

“This calls for wisdom,” John the Revelator said, and since long before I was born, “Bible-prophecy” obsessed American Christians have tried to supply that wisdom by vigilantly opposing anything that might seem to foreshadow this soon-to-come Mark of the Beast. Edward Snowden and a whole army of ACLU lawyers could never hope to be as watchfully worried as these “Bible-prophecy” Christians. For generations, they have sounded the alarm about every policy or technological development that might one day be twisted into the Antichrist’s coming Mark. Fingerprinting, Social Security numbers, supermarket scanners, credit cards, ATM machines, AOL accounts, RFID chips for pets, DNA analysis — all of these have been the object of hyper-cautious opposition as potential harbingers of the Mark of the Beast.

Over time, this fear and opposition to various new technologies and policies has waned as people grew more accustomed to them and the sky didn’t fall. UPC barcodes are no longer frightening, even to the most-devoted Rapture Christians. But concern about a national ID card seemed like a constant throughout the years. This is why, throughout the 20th century, any suggestion of such a national ID card was politically DOA — because of the Antichrist and the Mark of the Beast and Revelation 13.

Yet now, as Vox’s survey data shows, there’s a significant political demand for this very thing. And, weirdly, that demand is coming from many of the very same people who have, for generations, opposed this very same idea.

I don’t think this indicates the waning influence of End Times “Bible-prophecy” mythologies in American politics. The influence of that weird, contra-biblical folklore is still reflected strongly in Taub’s first item — preferring military action over diplomacy. That’s tangled up with ideas about the Antichrist and the U.N. and one-world government, and with Tim LaHaye’s whole stew of ideas about the Antichrist being a “peacemaker” and, therefore, the need to oppose anyone who seeks to make peace or to sign treaties or to prefer negotiating before the last resort of bombing.

But this does suggest that the influence of End-Times obsession is now taking a slightly different form in our politics. It used to mean these Rapture Christians opposed any talk of a national ID card. Now it means they want one. The Herrenvolk democrats seem to be longing for a Herrenvolk Antichrist — the Mark of the Beast for those people, but not for us.