Here’s what you do when an erratic bigot hijacks your party nomination August 22, 2016 Fred Clark

Kaaihue is a big supporter of Republican presidential nominee Donald Trump, with whom she has a great deal in common. Like Donald Trump, she’s an erratic bigot and a litigious bundle of grievances. Like Trump, she appears to lack any discernible political ideology or convictions, and seems to have entered politics mainly as a way to address personal grudges and the seething resentment that gnaws at her day and night.

And, just like Donald Trump himself, Kaaihue seems to be a Trump supporter first and a Republican only a distant second. Like Trump, she had earlier planned to run as an independent, then backed out when that attempt seemed doomed to fail. And so, like Trump, she chose to run again as a Republican because that seemed her best opportunity for success.

Kaaihue is also, like Trump, an inept, abrasive campaigner who appears to be an extremely unlikely long shot in the general election. She won the Republican primary with just 7,449 votes — about half as many as Shay Chan Hodges got in losing her Democratic primary challenge to incumbent Rep. Tulsi Gabbard. (Overall, turnout for the Republican primary added up to about a fifth of the total number of votes in that Democratic primary.)

Facing such long odds, Angela Kaaihue has chosen, like Donald Trump, to go full Breitbart, hoping to make up for her lack of widespread appeal through sheer outrageousness.

Kaaihue is good at sheer outrageousness because, like Donald Trump, she’s full-gonzo bonkers. This image, for example, is taken from an ALL CAPS post on Kaaihue’s candidate blog, “Hawaii’s Holy War 2016“: 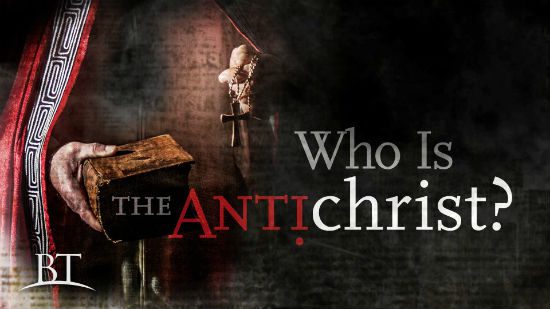 For the record, the Antichrist, in Kaaihue’s opinion, is “CHRISTIANS TEARING DOWN CHRISTIANS.” This was Kaaihue’s first blog post following her Republican primary win.

But while Kaaihue has little patience for CHRISTIANS TEARING DOWN CHRISTIANS, she reserves most of her wrath for those she hates most of all: The Japanese. And also Hindus and Buddhists, but mostly the Japanese.

U.S. Congressional GOP Nominee and Candidate Angela Kaaihue responds back to HAWAII’s citizens rude, defamatory, ignorant remarks made to her through social media. She states, “Repent and ask God for forgiveness!”

HAWAII NEWS MEDIA is disservicing Hawaii’s people by NOT investigating WHY and HOW a locally raised woman of Hawaii, grew up and lived in Hawaii all of her life, grew to HATE the Japanese so much.

This is a novel approach to an accusation of bigotry. She embraces the charge, demands that anyone who doesn’t share her view “Repent and ask God for forgiveness,” and then says the real story the media should be focusing on is why she hates Japanese people so much.

As you can probably tell from even that brief excerpt, Kaaihue is — like Donald Trump — a bit off the rails. For a deeper appreciation of that, see her official campaign website (warning: autoplay music of a probably unlicensed song*), and peruse Kaaihue’s “press releases” in all their glory (complete with inappropriately included cut-and-paste logos from various newspapers as well as glamour photos of the candidate).

You’ll also perhaps notice that Kaaihue’s press releases are intermixed with those of her boyfriend, Howard Kim, who is running a similarly incoherent campaign for … something or other … but as a Democrat.

This is all a bit unusual for the congressional nominee of a major party.

And it has all proved to be a bit too much for Republican Party officials in Hawaii, who are now denouncing their nominee in no uncertain terms, as Chad Blair reports for Honolulu Civil Beat:

“I want it understood by the general public and the media that the recent inflammatory comments made by candidate for Congress (CD2) Angela Kaaihue do not represent the views, values, or the sentiments of our Party and its members,” Fritz Rohlfing said in a statement issued late Friday. “Her vulgar, racially-bigoted, and religiously-intolerant descriptions of Democratic Party candidates are offensive, shameful, and unacceptable in public discourse.”

There you go. Simple and unambiguous.

Rohlfing just did what Reince Priebus has never managed to do — denouncing the erratic bigot who hijacked his party’s nomination in precisely the terms that Priebus and Speaker of the House Paul Ryan and other national Republican leaders should have used to denounce Donald Trump a long time ago.

Rohlfing did this because he accepted the reality that Priebus, Ryan, et. al. remain in denial about. He realized that Hawaii Republicans can survive a Democratic win in November’s election, but that his party would be irreparably, fatally damaged if this nominee somehow managed to win.

But Rohlfing’s commendable statement and the lesson it has to teach isn’t only for Republicans. It also applies to the white evangelical religion that has spent the past generation redefining its identity as a subgroup of that Republican Party. Because people like Donald Trump and Angela Kaaihue have also managed to hijack evangelical Christianity. Just look at what Kaaihue had to say when asked to respond to Rohlfing’s comments:

Reached by phone Saturday, Kaaihue criticized Rohlfing for leading a “disenfranchised party” and suggested Rohfing had “slammed” her for her religious views.

Kaaihue said there was a war going on between “the righteous and the unrighteous, between God and Satan.” Rohfing’s denouncement of her candidacy, she suggested, demonstrated “how we are being deceived by Satan, the biggest liar and deceiver.”

She said Rohlfing needed to “be careful” because he was taking on “the messenger of God.”

“‘Angela’ means messenger of God,” she said. “My whole family is Christian.”

Whether you’re a state party official or a local pastor, there’s only one option when you encounter talk like that: “I unconditionally denounce those despicable statements.”

Do it soon. Do it now. There’s still just barely time.

* The song is not a bad one — a live recording of Maren Morris’ “My Church,” which isn’t bad if you’re into new Country & Southern music that pays lip-service to old Country & Western music. But it’s probably best to avoid having visitors to one’s campaign website begin by hearing this: