OK, so Mark Galli, editor of Christianity Today,* has written a thing: “Evangelicals and Race — A New Chapter.”

First things first: Yay! White evangelicals need a new chapter here. The old one was Not Good and it’s long past time to turn the page and start writing a new one.

Alas, Galli’s piece isn’t mostly about writing that new chapter, but rather more about rewriting the old ones. And both the new chapter and the revisionist version of the old one are gratingly self-congratulatory and self-serving. Much of this editorial is about white evangelicalism praising itself with faint damnation — the kind of self-criticism that has more in common with a “Christians Aren’t Perfect — Just Forgiven!” bumper-sticker than with anything that suggests a willingness to give up or even share control. (“Our tradition’s record on race has been checkered at best,” he concedes, with the sort of understatement that’s more charming when it’s used to diminish praise from others than when its used to diminish the gravity of one’s own sins.) 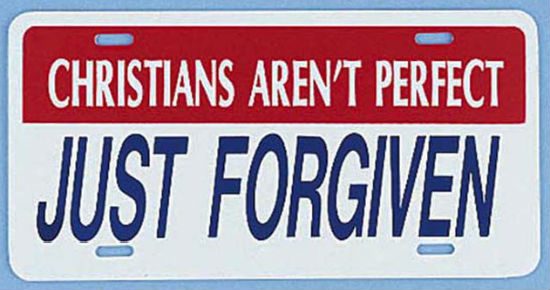 Galli also portrays this “checkered” history as a wholly discrete indiscretion — as something self-contained and wholly separate from everything else, unrelated to and having no effect or influence on white evangelical theology, hermeneutics, piety, worship, doctrine, belief or practice. He treats white supremacy as an isolated flaw that white evangelicalism can now address, correcting it without therefore having to change or question anything else in any way.

That’s not promising. Nor is it even close to being accurate.

We’ll need to unpack that in more detail, and to look more closely at the just-plain-not-true-ness of Galli’s larger revisionism. But, for the moment, let’s set that aside and just ac-cent-tchu-ate the positive, because there’s also something here that needs to be celebrated and encouraged. For all the face-palming awfulness here, there’s also this: Christianity Today is stating, for the record, that “racial injustice and reconciliation” are, and must be, “gospel priorities” for white evangelicals.

This may be embedded in a tangled mess of ugly, and it may require a lot of work to untangle it, but it’s there. That may not be a whole new chapter, but it’s new, and it’s good to see.

Consider this multi-car accident of a sentence:

It starts with the reaffirmation of “mainstream white evangelical leaders” as the only right, proper, legitimate and acceptable authority, and it ends with a not-so-subtle, baldly pragmatic panic about financial survival amid changing demographics, and in between it pauses to relitigate all the current culture-war hot-buttons and to reaffirm their priority over that of racial justice. That’s ten pounds of framing for a 2-ounce statement. But if we just focus on that statement — ignoring, for now, all the ways that framing utterly undermines and contradicts it — it says this: “Racial justice is now a core concern.” And that’s good, right?

* Mark Galli, infamously, is also the guy who wants to make sure that no one ever, ever forgets that Christianity Today is a publication that believes gay and lesbian couples are “destructive to society.”

August 30, 2016
Talking to Republican friends at the Trumpian crossroads
Next Post

September 1, 2016 White evangelicals' 'new chapter' on race (cont'd.)
Recent Comments
0 | Leave a Comment
"And, how they treat the impact of Christianity on the en-prisonered-with-jobs.Christianity was used to help ..."
WingedBeast Jesus on the mainline
"I was reading something about amber alerts, and they aren't a good counting mechanism. They're ..."
Ursula L ‘But if it takes effort to ..."
"I had always understood mainline to refer to Protestant denominations that had a fairly long ..."
Carstonio Jesus on the mainline
"I’ve never called myself an atheist, because the vast majority of the self-identified atheists I ..."
Carstonio Jesus on the mainline
Browse Our Archives
get the latest from
slacktivist
Sign up for our newsletter
POPULAR AT PATHEOS Progressive Christian
1