Will we have overtime four years from now?

It will happen this way, slowly and quietly at first, then faster and louder, and then it will be done.

Just a bit of cutting back on overtime hours. Then a bit more. Up the workload a bit while requiring that it still all gets done by the end of the shift. No working late, you see.

But the bosses will explain that it’s not their fault.

We wish it didn’t have to be this way, but if you have to stay late to finish today, you’ll have to cut time tomorrow so as not to incur any overtime. In fact, we’re now scheduling everybody for just 39 hours so that we don’t run afoul of any of those intrusive Big Government overtime regulations.

I’m afraid there’s just no choice, we have to do this. The government is making us do this. 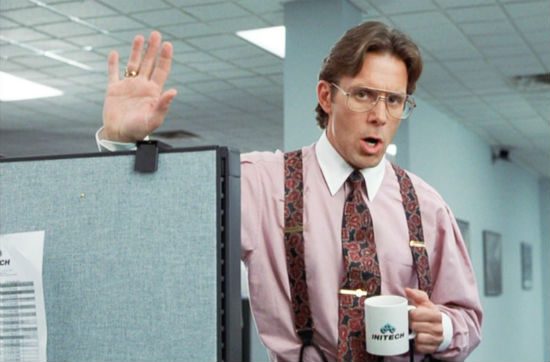 It is terrible. And you’re right — it’s not fair. We would love it if you could stay late, but all these job-killing regulations and red-tape pushed by those lazy unions with their union mentality and shoved down our throats by ACORN … it just makes it impossible. Prohibitively expensive, you understand.

And, frankly, it’s just not fair to you — the working man. After all, you’re more than willing to put in some extra hours, but we’re not able to let you do it because of all these regulations. If it weren’t for all these crazy rules about time-and-a-half, we’d let you work an extra hour tonight. We’d love that. You’d love that. And all that’s standing in our way is this stupid Big Labor Law.

If you think about it, that law is taking money out of your pocket. It’s taking food off your table and clothes off the backs of your children. All those extra hours you could be working if it weren’t for those time-and-a-half regulations? Think of all the extra money you’d be earning. You should resent the laws that take that money away from you.

I mean, it’s just terribly, terribly unfair to you. All this red-tape and regulation doesn’t hurt, you know, those people. They’ll just keep collecting their welfare checks and Obamaphones and free healthcare and all the other great stuff that’s never there for hard-working people like you.

And then it will be over.

December 13, 2016 This is a fundraising plea
Recent Comments
0 | Leave a Comment
Browse Our Archives
Related posts from slacktivist