John Broich, “How Journalists Covered the Rise of Mussolini and Hitler”

How to cover the rise of a political leader who’s left a paper trail of anti-constitutionalism, racism and the encouragement of violence? Does the press take the position that its subject acts outside the norms of society? Or does it take the position that someone who wins a fair election is by definition “normal,” because his leadership reflects the will of the people?

These are the questions that confronted the U.S. press after the ascendance of fascist leaders in Italy and Germany in the 1920s and 1930s.

But the ACA’s advantages for women aren’t just about contraception. “It’s also a nondiscrimination measure so that women can’t be charged more for health care,” says Sackin. Before the ACA, it was legal for health-insurance companies to charge women more to exclude maternity care from health-care packages; meanwhile, in some states, insurance companies had been permitted to deny coverage to women who had been the victims of domestic violence or had had C-sections, since those could legally be considered preexisting conditions. All of those protections are now vulnerable; Price has voted to repeal Obamacare more than 60 times. This push to keep American women from accessing birth control and services that would permit them to exert control over their reproductive — and hence professional, personal, and economic — lives would be devastating, especially to economically vulnerable women. 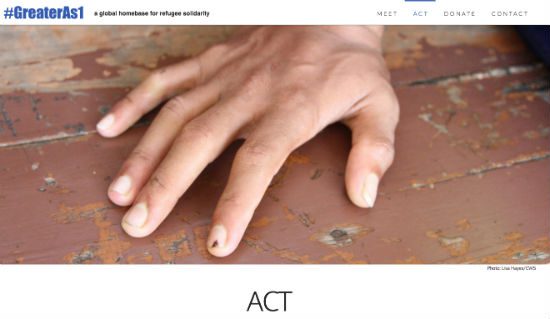 So Trump is a foul-mouthed serial abuser of women, divorcé, and gambling magnate. Fair enough. But he’s also a psychotic racist, xenophobe, bigot, and anti-Semite. I mean, why else do you think James Dobson, Franklin Graham and Jerry Falwell Jr. supported him? It’s not because they give a shit about his supposed defense of “Christian moral values.” It’s because he promised to Make America Great Again, meaning, put straight white patriarchs back in charge.

This is the whole problem with the Evangelical movement in a nutshell. Nobody has figured out how to deal with the core reality that for many people, to be an Evangelical is a metonym for a defender of white male privilege. Like “real American,” it’s a racially-constructed ideological identity, not a theological position.

Chimamanda Ngozi Adichie, “Now Is the Time to Talk About What We Are Actually Talking About”

Now is the time to discard that carefulness that too closely resembles a lack of conviction. The election is not a “simple racism story,” because no racism story is ever a “simple” racism story, in which grinning evil people wearing white burn crosses in yards. A racism story is complicated, but it is still a racism story, and it is worth parsing. Now is not the time to tiptoe around historical references. Recalling Nazism is not extreme; it is the astute response of those who know that history gives both context and warning.

Now is the time to recalibrate the default assumptions of American political discourse. Identity politics is not the sole preserve of minority voters. This election is a reminder that identity politics in America is a white invention: it was the basis of segregation. The denial of civil rights to black Americans had at its core the idea that a black American should not be allowed to vote because that black American was not white. The endless questioning, before the election of Obama, about America’s “readiness” for a black President was a reaction to white identity politics. Yet “identity politics” has come to be associated with minorities, and often with a patronizing undercurrent, as though to refer to nonwhite people motivated by an irrational herd instinct. White Americans have practiced identity politics since the inception of America, but it is now laid bare, impossible to evade.

There’s so much you can do to help a refugee feel safe and comfortable in their new home: Help prepare an apartment. Greet an arriving refugee family at the airport. Assist refugees in everyday activities like school registration and grocery shopping. Coordinate donations. Be an English partner.

In whatever way you prefer to get involved, you can help create welcoming communities by volunteering at one of our local refugee resettlement offices nearest to you. Contact one of our local offices today to learn more about volunteer opportunities in your community.

December 14, 2016
The personal character of public figures
Next Post