“I think Christians should accept and adopt Jesus’ view of the Bible,” prominent pastor and author Tim Keller tweeted just before Christmas. “He regarded it as absolutely true and authoritative, in every word.”

This is, at best, horribly anachronistic. It’s misleading in a way that leaves Christians cruelly confused.

And, of course, Jesus also didn’t have a nicely bound paper book with the whole thing in one package, neatly divided into chapters and verses to facilitate their quotation out of context. No such canonical anthology existed. That may seem obvious, but it’s actually very important if we want to come anywhere close to understanding — let alone adopting — “Jesus’ view of the Bible.”

So let’s start with that very basic reminder: Jesus did not have a single book collecting a canon of 66 scriptures. He did not live in a world of books or in a world that treated or thought of or related to books the way we have learned to do. Invoking Jesus, then, as the authoritative source for the idea of the Bible as an authoritative reference handbook is wrong in a way that is several large steps removed from the possibility of being right.

Thus in the very moment Keller is instructing other Christians to “accept and adopt Jesus’ view of the Bible,” he is doing nothing of the sort himself. He is asking us to view the Bible in a way that neither Jesus nor any of his original disciples could have ever understood or imagined.

The latter half of Keller’s tweet, I’m afraid, is also misleading.

“He regarded it as absolutely true and authoritative, in every word.” Or — as per the classic clobber-text for the argument Keller is making — in every “jot and tittle” or “every stroke of a letter.”

That’s from Matthew 5:17-18, which is Jesus talking about the authority of “the law.” Again, it’s immensely important to keep in mind — as Keller does not — that what Jesus speaks about here as “the law” isn’t identical or even analogous to what white evangelical 21st-century Americans like Keller speak about as “the Bible.” But here’s what Jesus said:

Do not think that I have come to abolish the law or the prophets; I have come not to abolish but to fulfill. For truly I tell you, until heaven and earth pass away, not one letter, not one stroke of a letter, will pass from the law until all is accomplished.

If you take “the law” to mean “the Bible” — something it did not mean and could not have meant in that passage — and you stop reading and shut the book at the end of that verse, then this sounds like it could support what Keller is saying. But if you keep reading, the very next verses begin a long sequence based on this pattern: “You have heard that it was said … But I say to you.” Jesus cycles through that six times — each one a critique of “the law and the prophets.” Jesus is asserting one “absolutely true and authoritative” authority here, but it ain’t the law and the prophets. And it absolutely ain’t “The Bible.” 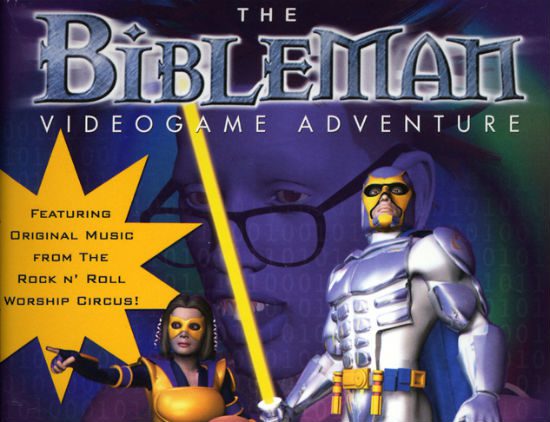 Keller’s tweet reminded me of the appalling sermon I heard during my visit to our local white evangelical mega-church on the Sunday before Election Day. That was a sermon about “The Bible,” which the preacher insisted was important because it says so in The Bible.

And that was his entire sermon — the fruits of a concordance search in an English translation resulting in a list of context-ignored clobber-texts about “The Bible.” That concordance work quickly reveals that, alas, the words “The Bible” do not appear in The Bible. So the preacher instead looked up a bunch of words he considers synonyms — “the word of God” or “the law” — producing a kind of dual mistake at every turn, misreading the Bible while misleading about the Bible.

For a sense of how very wrong this went, just look at the first concordance result in the preacher’s list, John 17:7: “Sanctify them in the truth; your word is truth.” The pastor repeated that — “Your woooooord is truth” — holding his Bible aloft like the Statue of Liberty’s torch. Because, obviously, “your word” can only mean The Bible, right?

He did this with a verse from the freaking Gospel of John.

You may recall that John’s Gospel is a book that starts like this: “In the beginning was the Word, and the Word was with God, and the Word was God. … And the Word became flesh and lived among us, and we have seen his glory, the glory as of a father’s only son, full of grace and truth.”

And it’s also the Gospel that includes this exchange, just a page or two before that Very Very Much Not About “The Bible” verse the preacher was quoting:

JESUS: “You know the way to the place where I am going.”

THOMAS: “Lord, we do not know where you are going. How can we know the way?”

JESUS: “I am the way, and the truth, and the life. No one comes to the Father except through me. If you know me, you will know my Father also. From now on you do know him and have seen him.”

Folks like that preacher snip out one sentence of that bit and pretend it’s about soteriology — a clobber-text to beat against anyone who dares suggest that salvation is not the exclusive property of those who proclaim the English syllables GEE-zuss.

That’s also why they can preach long sermons about “The Bible” pretending that it’s the reference book that God gave to us in response to Thomas’ question.

“How can we know the way?” Thomas asks.

“Read the Bible,” says the evangelical preacher down the block from me.

“Read the Bible as absolutely true and authoritative, in every word,” says Tim Keller.

But that’s not what Jesus said. Not at all.