Douglass was a magnificent critic of the religious and political hypocrisy at the root of slavery. But no fiercer proponent, no more steadfast lover of America’s founding creeds of natural rights and human equality, spoke to the country in the age of the Civil War. Douglass was a radical, honest patriot. America has always needed its immigrants, external and internal, the legal and the illegal. Is there any voice for the meaning of the Fourteenth Amendment right now any more forceful than Khizr Kahn? Was there any greater voice for the meaning of emancipation and the reimagining of the American republic in the 19th century than Douglass? All was and still is at stake.

HIAS has likewise been significantly harmed by the Executive Order. HIAS’s refugee resettlement work is grounded in, and an expression of, the organization’s sincere Jewish beliefs. The Torah, Judaism’s central and most holy text, commands followers to welcome, love, and protect the stranger. The Jewish obligation to the stranger is repeated throughout the Torah, more than any other teaching or commandment. HIAS believes that this religious commandment demands concern for and protection of persecuted people of all faiths. The Torah also teaches that the Jewish people are to welcome, protect, and love the stranger because “we were strangers in the land of Egypt” (Leviticus 19:34). Throughout their history, violence and persecution have made the Jewish people a refugee people. Thus, both history and values lead HIAS to welcome refugees in need of protection. A refusal to aid persecuted people of any one faith, because of stigma attached to that faith, violates HIAS’s deeply held religious convictions. 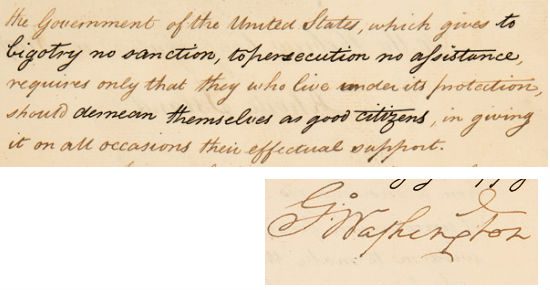 In addition to “I don’t like this”, those who only have a superficial understanding of racism are genuinely convinced that it is inaccurate to say that white people, who knew his racial rhetoric was problematic but just wanted his economic policies, are racist. But this is the classic definition of racism once we move beyond the interpersonal, white hooded, slur-using racism. To make a decision to choose ones own economic security at the expense of people of color is exactly how we arrive at systemic racism. It is the small step on the way to big leaps of disparity. Choosing white economic security over the personhood of black Americans is how we got redlining and housing covenants, segregated schools and segregated neighborhoods, job discrimination and college segregation, unequal access to loans and mortgages and credit of all kinds, mass incarceration and environmental racism. Much of America believes there is nothing wrong with a pursuit of happiness that sacrifices the dignity of black citizens. But I don’t have to cooperate.

The citizens of the United States of America have a right to applaud themselves for having given to mankind examples of an enlarged and liberal policy — a policy worthy of imitation. All possess alike liberty of conscience and immunities of citizenship.

It is now no more that toleration is spoken of as if it were the indulgence of one class of people that another enjoyed the exercise of their inherent natural rights, for, happily, the Government of the United States, which gives to bigotry no sanction, to persecution no assistance, requires only that they who live under its protection should demean themselves as good citizens in giving it on all occasions their effectual support.

February 13, 2017
Baptist identity means religious freedom for all (it's not about dunking)
Next Post