And I dreamed I was dying

• Garry Wills reviews Frances Fitzgerald’s The Evangelicals: The Struggle to Shape America. Sort of. There’s a review in there somewhere, I think, but really it’s just an excuse for Wills to riff on this theme, which he does with gusto.

A sample: “It looks less and less odd that 81 percent of evangelicals voted for Trump. They know what End Time sermons look like.” Yep.

• “Apparently we can all agree that dinosaurs are awesome.”

• “Families fight eviction as mobile home parks decline.” This one is in Virginia. It’s the familiar story of working-class Americans who own their homes, but not the land beneath them. The landlord who’s been collecting their rent on that land for decades neglected to maintain the community’s sewage system, which the city of Manassas now says would cost too much to repair.

Two possible expenses here: One is the cost of a loan that would allow these homeowners to purchase the land beneath their homes and to repair the now-condemned sewer system. The other is the cost of eviction borne by 49 families, all the moving and transition costs for them and their communities, the cost of all those children being forced to switch schools, the potential future costs of their increased reliance on social assistance, and the fact that even after all of that the city would still be stuck with the condemned property which would still be unfit and unsellable due to those leaking sewage pipes.

My guess is that the latter cost is higher just in absolute dollar terms. And it’s immeasurably higher if one accounts for the costs that don’t appear on a stunted dollars-only balance sheet. 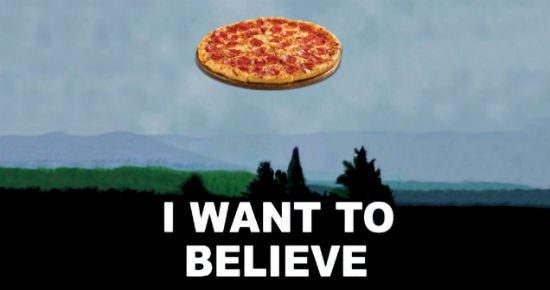 • Chlorpyrifos. Polyacrylamide. Surviving in Donald Trump’s America may require us all to get a degree in chemistry.

• The Thornwells of South Carolina.

• “It’s Basically Just Immoral to Be Rich.” A.Q. Smith here sounds a lot like my old boss, Ron Sider. (He also sounds a lot like Clement of Alexandria, Lactantius, Tertullian, Cyprian, and every other Christian who wrote about this subject in the first four centuries of the faith.)

Smith also gets at the confusion and deflection practiced by nearly all of the right-wing critics of Sider’s Rich Christians in an Age of Hunger, which Smith describes as the dodge of changing the subject from retention to acquisition:

But there is a separate question that this defense ignores: regardless of whether you have earned it, to what degree are you morally permitted to retain it? The question of getting and the question of keeping are distinct. As a parallel: if I come into possession of an EpiPen, and I encounter a child experiencing a severe allergic reaction, the question of whether I am obligated to inject the child is distinguishable from the question of whether I obtained the pen legitimately. It’s important to be clear about these distinctions, because we might answer questions about systems differently than we answer questions about individual behavior. (“I don’t hate capitalism, I just hate rich people” is a perfectly legitimate and consistent perspective.)

I therefore think there is a sort of deflection that goes on with defenses of wealth. If we find it appalling that there are so many rich people in a time of need, we are asked to consider questions of acquisition rather than questions of retention. The retention question, after all, is much harder for a wealthy person to answer. It’s one thing to argue that you got rich legitimately. It’s another to explain why you feel justified in spending your wealth upon houses and sculptures rather than helping some struggling people pay their rent or paying off a bunch of student loans or saving thousands of people from dying of malaria. There may be nothing unseemly about the process by which a basketball player earns his millions (we can debate this). But there’s certainly something unseemly about having those millions.

(Again, get a hold of the 1977 original edition of Rich Christians — the old brown one. Later editions were rewritten, bending over backwards to be solicitous to those deflecting critics. This was not an improvement.)